Washington has been meddling in a country it doesn’t believe should be allowed to chart its own path.
By Antony Loewenstein / AlterNet
September 24, 2015 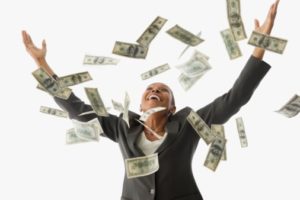 The industrial park in Caracol, northern Haiti, never receives tourists. It’s a collection of factories producing clothes for some of America’s leading retailers including Walmart and Target. The opening of the facility in 2012 saw then US Secretary of State Hillary Clinton, Bill Clinton, actors Sean Penn and Ben Stiller, and fashion designer Donna Karan attend and celebrate the establishment of a center that was advertised as producing 65,000 jobs. “We had learned that supporting long-term prosperity in Haiti,” Hillary Clinton said, “meant more than providing aid.”

Today, it’s clear the promises were empty. “People unfamiliar with the area [Caracol] may see the people standing in front of the park looking for jobs and think the Caracol Industrial Park was a great idea,” Castin Milostène told me recently. He’s a coordinator of AREDE, a campaign group of Haitian grassroots organizations working with vulnerable Haitians to influence aid accountability after the devastating 2010 earthquake. ActionAid is the convener. “You may see the need and think we should have many more parks,” he continued. “But the people standing at the doors of the park looking for work have nothing, they don’t even earn on average 58 gourdes (US$1) a day — they are living in extreme poverty.”I visited Caracol in 2012 and found few signs of employment. Many poor Haitians loitered outside the main gates looking for work and complaining about low wages. Prime agricultural land was taken with farmers left landless and given little compensation. The US$300 million investment in the South Korean-run factory has quickly become yet another failed attempt to boost Haiti’s economy. The Financial Times headlined a story about the situation this year, “Haiti’s economy held together by polo shirts and blue jeans.”

This tragically captured the precarious nature of America’s close neighbor, a situation exacerbated by Washington’s 100-year meddling in a country that it doesn’t believe should be allowed to chart its own, independent path. Many Haitians know that United States Marines landed in Haiti in 1915 and occupied the nation for 19 years. The commercial interests that contributed to President Woodrow Wilson sending a military force have changed little in a century. One of the architects of the occupation, Marine Corps General Smedley Butler, infamously admitted in 1935, “I helped make Haiti…a decent place for the National City Bank Boys.”

Haiti is undergoing profound political trauma. Recent elections were flawed with millions of citizens feeling disempowered from the process of government. More than five years after the earthquake that killed hundreds of thousands of people and left the capital Port-au-Prince like a war zone, the nation is wracked with an administration that is incompetent and corrupt and a government installed by the Obama administration in 2011. Only 11 elected officials remain in Haiti and President Michel Martelly is one of them.

The country is facing huge challenges. Cholera continues to ravage the population (and the United Nations, which brought the disease to the country, refuses to take responsibility for it), neighboring Dominican Republic seems determined to expel its Haitian immigrants back to an economically volatile state and billions of dollars in foreign aid has either disappeared or been stolen by foreign contractors or local officials. The American Red Cross stands accused of incompetence and dishonesty over the money it raised after the 2010 earthquake.

“Haitians often use the proverb, Lave men, swiye ate[wash your hands, dry them in the dirt] to describe the often contradictory US policies towards Haiti, and the proverb applies more than ever to the Obama administration,” explained Brian Concannon Jr., executive director of the Institute for Justice & Democracy in Haiti based in the United States.

Timothy Schwartz, an American anthropologist and author with decades of experience in Haiti and the Dominican Republic, speaks scathingly of American complicity in Haiti’s malaise. He argues that Washington simply doesn’t try to understand that throwing more unaccountable and privatized aid at the problem isn’t going to solve the structural issues. He targets Cheryl Mills, a trusted appointee of Hillary Clinton, who was intimately involved in working with the former Secretary of State.

“She [Mills] tried to force programs on Haiti that didn’t fit,” Schwartz told me. “One example is that rather than repairing damaged houses after the earthquake, she disregarded advice from USAID and those on the ground in Haiti and tried to build massive new housing complexes, something that failed over and over because of the primacy of the informal land tenure system — there essentially are no ‘legal’ titles and hence the projects would collapse under legal scrutiny – and the egregiously corrupt construction companies that operate in the arena of international concessions…To this day that housing disaster that Mills created goes on with homes being built that should have cost 3 to 5 thousand dollars running into the 30s and 40s of thousands.”

It’s the same mindset when building more industrial parks. Local Haitians are barely consulted. During my two trips to Haiti over the last years, a constant refrain from locals was how many of them were ignored when they had warned to anybody who would listen about the economic and environmental destructions caused by clothing factories. In place of a sustainable policy that would create long-term jobs with fair pay, Haitian politicians and their American masters advocate policies to benefit foreign corporations.

According to research undertaken by the Solidary Center, an American non-profit organization aligned with the labor movement, Haiti’s garment industry is beset with low wages, arbitrary firings and poor conditions. Although there are over at least 32,000 clothing workers registered nation-wide (and around 5000 employees at Caracol), employers constantly set unrealistic quotas and low prices per piece assembled, making it impossible for workers to earn the production minimum wage in a standard eight-hour day.

The Center’s Haiti co-ordinator gave me examples of workers being discriminated against in Caracol and elsewhere: “One union reported that its members must show up to the factory on Saturdays and wait in line for hours to receive their earnings. For instances in which the employer does not have exact change, the workers are shorted what they are owed.” Workers can barely afford to pay for lunch and transportation to and from the factory.

Viewing Haiti as a repository of cheap labor defines Washington’s relationship with Port-au-Prince. Padilla Peralta, author of the book, Undocumented: A Dominican Boy’s Odyssey from a Homeless Shelter to the Ivy League, and lecturer in humanities at Columbia University to previously incarcerated adults, told me that he completely rejected the uneven dynamic between the two nations. “Why should Haitian bodies have to be subordinated to the imperatives of global capital?”

He urged the Obama administration to reverse a century of domination. “The US should commit itself to providing as much efficaciously disbursed humanitarian aid as possible — and resist the temptation to tip the scales in favor of specific candidates most likely to be pliable to American geopolitical-corporate interest (but I know better than to hope that it will).”

The proposed presidential election in October is not guaranteed to take place. Political uncertainty surrounds the entire process. This could be a unique opportunity for Washington’s to change its relationship with its neighbor if only there was the will.