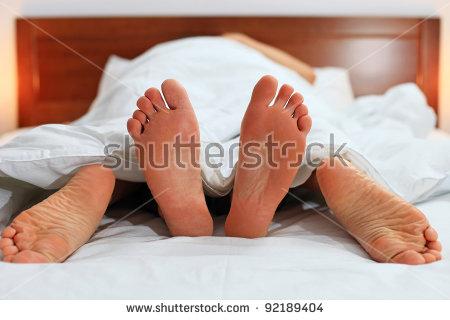 In Haiti, tough talk but little action on rampant corruption 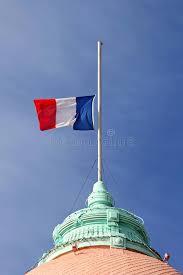 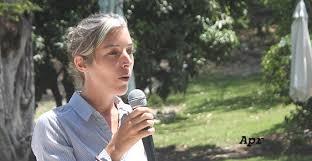 CHECK THIS ONE BEFORE OR AFTER READING FOLLOWING ARTICLE:

Amelie Baron is not what you would call “Arm’s Length,” from at least one of Jovenel’s opponents.

A writer must keep professional and personal aspect separate,  http://www.haitian-truth.org/l%e2%80%99ambassade-de-france-en-haiti-travaille-t-elle-a-la-destabilisation-d%e2%80%99haiti/

Haitian President Jovenel Moise has condemned the rampant corruption in his country, but little concrete action has been taken to combat it

The rampant corruption that plagues Haiti is denounced roundly in official speeches, but despite probes implicating former ministers, legal action has yet to take place to end a practice that has become a habit. 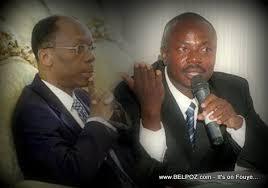 Whether it’s a Transparency International ranking on corruption or a Forbes one on the business climate, Haiti stubbornly stays at the bottom of the list year after year. Determined to buck the trend, President Jovenel Moise has pledged to clean up politics.

“Corruption in all its forms plagues and atrophies the economy. It has severely weakened the country’s political foundation and social fabric. Corruption is a crime against development,” the Haitian leader told the United Nations General Assembly in September. 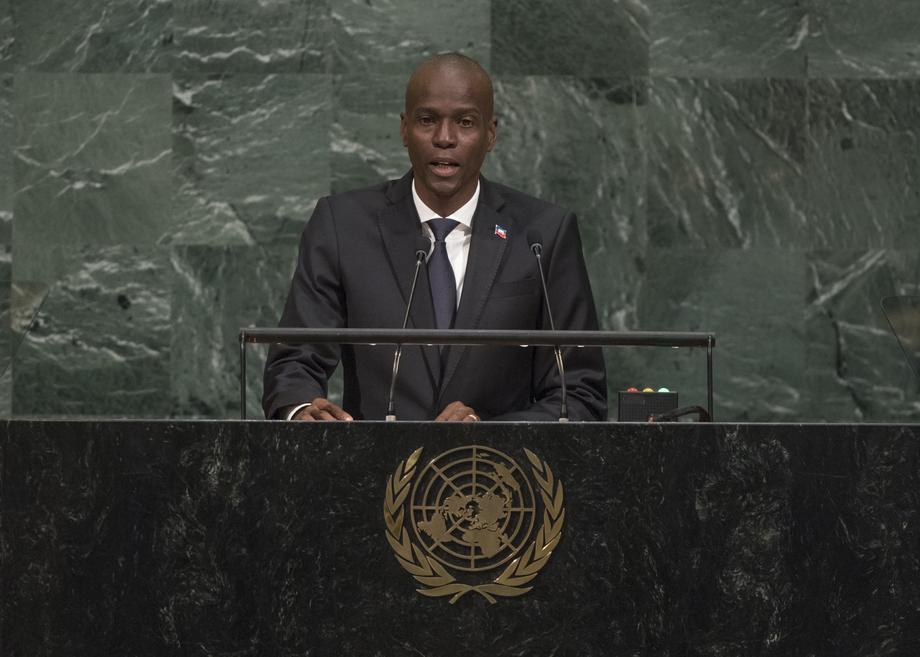 The anti-corruption campaign could have been launched in November, after a parliamentary report found that more than a dozen ex-ministers who served from 2010 to 2016 were involved in “widespread fraud.”

THERE IS A MAJOR DIFFERENCE BETWEEN AN ANTI-CORRUPTION CAMPAIGN AND THE REPORT BARON MENTIONS. 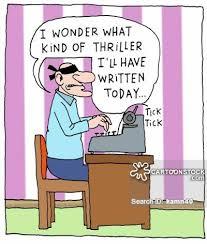 SHE KNOWS THIS. THE REPORT IS A POLITICAL WEAPON, CREATED BY THOSE SHE SUPPORTS – ARISTIDE/LAVALAS PEOPLE TRYING TO DESTABILIZE THE JOVENEL MOISE GOVERNMENT.

ANTI-CORRUPTION MOVES WOULD PUT THE REPORT’S AUTHORS IN JAIL, IF APPLIED PROPERLY.

AT THE VERY LEAST, MOST ARE DRUG DEALERS. ADDED TO THIS, THEY HAVE ALL GOBBLED UP PUBLIC FUNDS IN A CRIMINAL MANNER.

The 600-page report detailed possible irregularities and potentially illegal activities in the management of the Petrocaribe oil alliance fund. 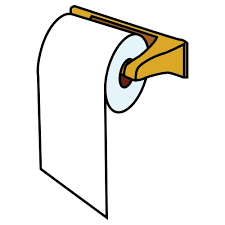 The loan program, linked to the purchase of Venezuelan oil, was launched by Hugo Chavez for nearly 20 Caribbean and Latin American countries. 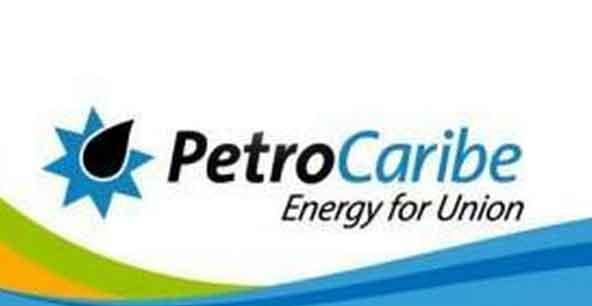 Since Haiti joined the program in 2009, Petrocaribe has raised concerns about potential misuse because, unlike other international aid, the funds are dispensed at the governments’ discretion without submitting to Venezuelan conditions.

“We know there’s bad management because more than $2 billion were spent and you don’t see that translate in the country’s growth,” said economist Kesner Pharel.

KESNEL PHAREL ALSO KNOWS BETTER. HE IS AWARE OF THE TRUTH, A TRUTH THAT SHOWS ALL FUNDS ACCOUNTED FOR IN MARTELLY/LAMOTHE PROJECTS AS STATED BY THE VENEZUELAN GOVERNMENT.

OTHER GOVERNMENTS ARE GUILTY, BUT THE ARISTIDE/LAVALAS PETROCARIBE REPORTS CONVENIENTLY IGNORES THIS – ESPECIALLY THE $198,000,000 DISAPPEARED UNDER THE PREVAL/BELLERIVE/PRIVERT LEADERSHIP.

Analyses of Petrocaribe have been swiftly swept under the carpet. A report on the management of the funds in mid-2016 accused numerous politicians, but no legal action was taken against them and the accused did not publicly seek to rebuild their tarnished image.

Today, while the government enjoys the backing of a broad majority in the senate, no official debate has yet begun there to discuss a potential second report.

PHAREL IS A SELF-SERVING “RENT-A-MOUTH” CALLED IN WHENEVER  AN EXPERT OPINION MUST BE PURCHASED. HE CLAIMS TO BE AN EXPERT ECONOMIST. OH WELL!

“You don’t want to attack the person in power because you wouldn’t want to be attacked when you get there too. It’s awful to develop a culture like this.”

Corruption is so deeply embedded in senior politicians that “there are even sayings that reflect this tendency, like ‘whoever fleeces the government is not a thief,'” senate president Youri Latortue recognized, with a hint of sadness in his voice. 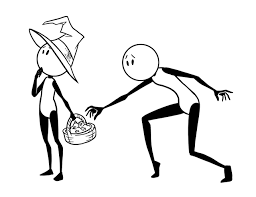 YOURI LATORTUE IS A HYPOCRITE. HE IS EXACTLY WHAT THE ANTI-CORRUPTION CAMPAIGNS HOPE TO STAMP OUT.

I THINK BARON MEANS THE CREOLE SAYING: “THIS ISN’T STEALING. IT IS A WAY OF MAKING A LIVING…”  THERE IS SOME TRUTH IN THIS AND BARON SHOULD BE ATTACKING HER BOY FRIEND, AND HIS ASSOCIATES WHO HAVE RAPED THE HAITIAN TREASURY.

JOVENEL IS TRAPPED BY A SYSTEM THAT PREVENTS HIM DOING WHAT HE WANTS TO DO.

WAIT AND SEE. JOVENEL MAY SURPRISE EVERYONE.
THERE IS STEEL BELOW THE SURFACE.

“Once they reach their post, politicians think they can get rich and once they finish their mandate or the government ends its term, they head to Miami, New York or stay comfortably here without any worries,” Latortue added.

With a legal system that advances at a snail’s pace, Haiti is struggling to emerge from the vicious cycle of impunity. And judges and lawyers themselves are widely suspected of practicing law to the advantage of the highest bidder.

The apathy of a majority of the population toward the waste of already-meager public resources also does not encourage a legal crackdown.

THE PUBLIC IS TRAPPED BY THEIR DESPERATE FINANCIAL SITUATION AND MUST FOCUS UPON SURVIVAL. JOVENEL IS TRYING TO BREAK THIS CYCLE.

Tens of thousands of people in the neighboring Dominican Republic — which shares the island of Hispaniola with Haiti — marched this summer against the Odebrecht scandal, in which a Brazilian construction group paid bribes to secure public works contracts.

But only a few thousand took to the streets to protest against corruption in Port-au-Prince on December 5.

THERE ARE NO SPONTANEOUS PROTESTS IN HAITI. ARISTIDE/LAVALAS DIDN’T BUDGET FOR A LARGER CROWD.

“The people have not yet been educated either about the impact of corruption on citizens, and that needs to change,” said Magguie Rigaud, who was among the protesters.

BEFORE DEMONSTRATIONS PEOPLE LIKE MAGGUIE RIGAUD ARE SPECIALLY BRIEFED AS TO WHAT THEY ARE TO SAY.

“Unfortunately, for many people, it’s become normal to steal when you work for the government. A minister without a beautiful car is considered unclean. Some who worked honestly live in poverty. All of these years of corruption makes for a big lack of role models.”

TRUE: THERE IS AN OVERWHELMING LACK OF ROLE MODELS IN GOVERNMENT, BUSINESS AND JOURNALISM. AMELIE BARON SERVES AS A BIASED  EXAMPLE OF WHAT A JOURNALISTS SHOULD NOT BE.