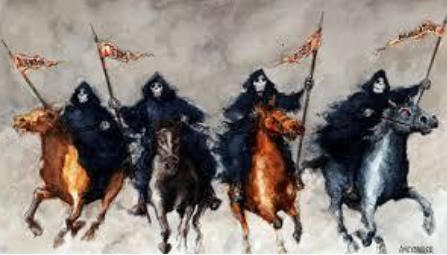 The CSC/CA Cour Superieure des Comptes et du Contentieux Administratif – is an entity mentioned by all concerned Haitians, but very few really know what it is, or its official functions.  Everyone awaited the release of what was supposed to be a detailed, and accurate unbiased/honest analysis of the PETROCARIBE dossier, by an unbiased team.

Worthless it is – but the irreversible damage to our Nation has been accomplished.

Release of their completed work resulted in the immediate headline, in the Miami Heralds, and thousands of other media outlets – worldwide!

QUOTE “Months prior to Haiti’s deeply flawed October 2016 presidential vote, the man who would become president, Jovenel Moïse, received millions of dollars for questionable road rehabilitation projects that a panel of Haitian government auditors say were part of embezzlement schemes that defrauded the country’s poor out of billions of dollars in Venezuelan aid meant to improve their lives.

“The Agritrans-Betexs case is only 1 percent,” Charlier said. ”They have opened a Pandora’s box and we have to see what waste there are in other institutions” UNQUOTE 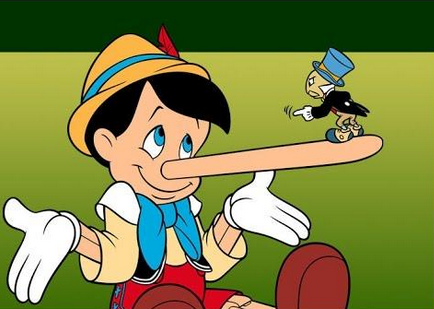 The articles then go on to detail (what would prove to be false.) a scandalous/criminal situation is which President Jovenel Moise, prior to his election as President, had obtained contracts/funding supported by PETROCARIBE. Two companies were involved, AGRITRANS and BETEXS.  The key to the CSC/CA accusation can be found in the dossier as it states both companies had the same basic/mirror IDs.

AND THEN – AFTER A PUBLIC OUTCRY AND PRESENTATION OF THE FACTS – THE CSC/CA SAID IT HAD MADE A MISTAKE. THEIR EXCUSE, “WE WERE IN A RUSH TO GET THE REPORT PUBLISHED.”

This apology – basically heard by some people in Haiti, does nothing to erase the headlines that are still popping up, based upon the original lies. 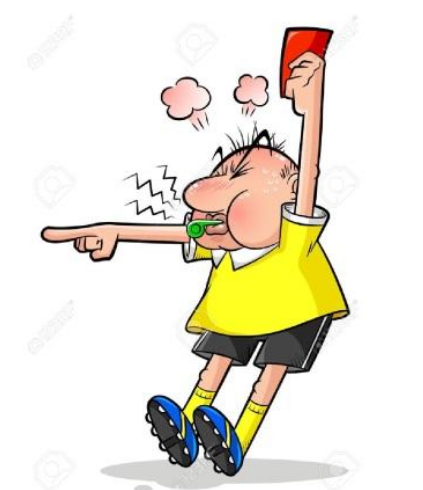 THOSE INVOLVED IN THIS NATIONAL EMBARASSMENT SHOULD BE FIRED! 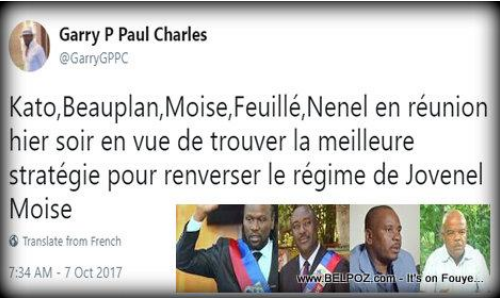 One from  Senator Beauplan’s team, made up of Lavalas Senators Beauplan, Don Kato, Pierre and Nenel Cassy. 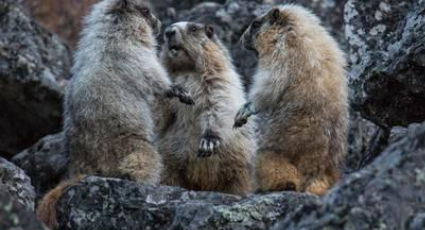 And the second from the CSC/CA a group created by the Senate!  The supposedly neutral institution is heavily biased Lavalas and explains why the report overlooks small items, such as the $80,000,000 stolen by Preval/Celestin via their CNE fraud that saw used equipment purchased instead of the new equipment the State was billed for! 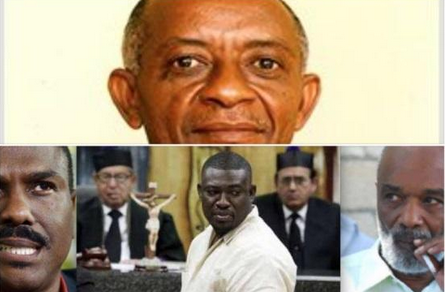 Of course, the then CNE chief’ – Robert Marcelo’s murder is not a part of the audit, but he paid with his life, for the honesty he possessed.

Now, some are suggesting Jude Celestin for Interior Minister. He could have the murderer Amarol Duclona as his Secretary General. Perhaps Celestin would return the entire new bridge he stole as CNE Chief.

How the Senate ever created a commission made up – TOTALLY  – of Lavalas activists is really beyond comprehension. The Beauplan Report is actually a completely flawed, biased, inaccurate fiction that includes many lies, among it pages, while failing to mention huge financial thefts, such as the nearly $200,000,000 gobbled up by our Chamber of Deputies and Senate.

The Beauplan Report, like that of the CSC/CA is taken like the Gospel outside Haiti, by observers who believe no nation would create critically  important commissions or audit authorities, with the political bias, against the sitting government, as we have in Haiti.

But this is the case.

The following is the description taken from the CSC/CA web site http://www.cscca.gouv.ht/

The CSCCA is headed by a Council composed of ten members elected by the Senate of the Republic. These Councilors elect among their peers a President and a Vice-President.

The members of the Council are assisted by an administrative staff comprising 830 civil servants, of which 630 are in the Central Office and 200 in the territorially decentralized offices, under the control of Departments and bodies (Registry and Auditorat). The Court may also call on external experts for specific tasks.

The jurisdictional mission of the CSCCA is exercised through Financial Chambers and Administrative Chambers. These are assisted by the Auditorate and the Registry. The first is the equivalent of the Procuratorate. It consists of auditors and is headed by a Chief Auditor. The Auditorat enlightened the Chambers with his opinions issued in his reports. The Registry, on the other hand, is composed of clerks and is headed by a Chief Clerk. It also has bailiffs, documentalists and other human resources. 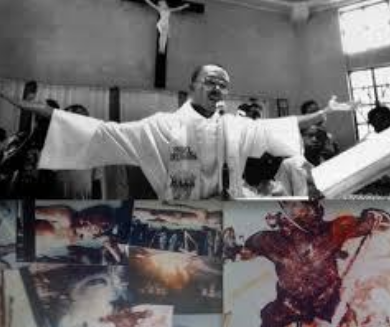 The Democrat Aristide must be laughing quietly, in his Tabarre lair.

OUR DEMOCRACY IS UNDER ATTACK BY WELL-FUNDED PEOPLE WHO HAVE – THEMSELVES – BENIFITTED FROM PETROCARIBE.

This weekend, an effort to create a giant demonstration on June 9th is being funded, with millions of American Dollars, focusing on the lies contained in the two flawed reports. The goal of these demonstrations is the destruction of our democratically elected government.

Many are threatened by the projects Jovenel Moise has undertaken. He is constructing several major barrages/dams throughout the Nation. These will provide water for irrigation, generation of many megawatts of power, and fish for nourishment. 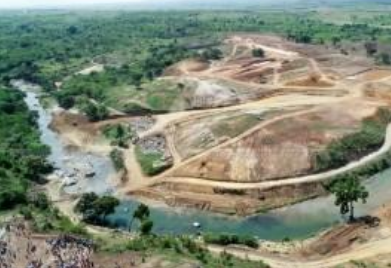 In future years, a retrospective view of the Jovenel Moise Presidency will see an honest observer stating this was the best and most productive period since 1986.

However, at this moment, we must try to avoid the impetus toward destruction of our government by those with their own selfish agendas such as SOGENOR, Haytrak and E-Power. A few millions, from their criminal profits’, would be a good investment in June 9 disruptions. 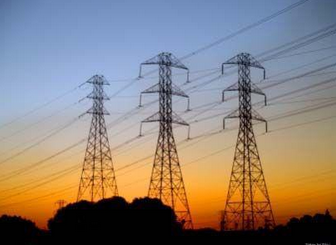 The June 9th marches will also face another, very dangerous aspect. It might only be a rumor. However, there are strong bits o evidence that support the belief that a couple of anti-Jovenel Senators are preparing explosive devices for use within the June 9 crowds.

These explosions will be blamed upon Jovenel Moise.

Aristide used the same game on December 5, 1990 to win the election. His team detonated a devastating bomb among a large gathering of his supporters, in Petionville.

Many were killed, or horribly injured.

History may repeat itself as Haitian die, or lose arms and legs,  as sacrifices to others’ greed.

There is a lot of glitzy PR at work, posters, wristbands, T-shirts, cash hand-outs in an effort to generate  chaos nationwide on June 9.

STAY HOME WITH YOUR FAMILY ON JUNE 9. 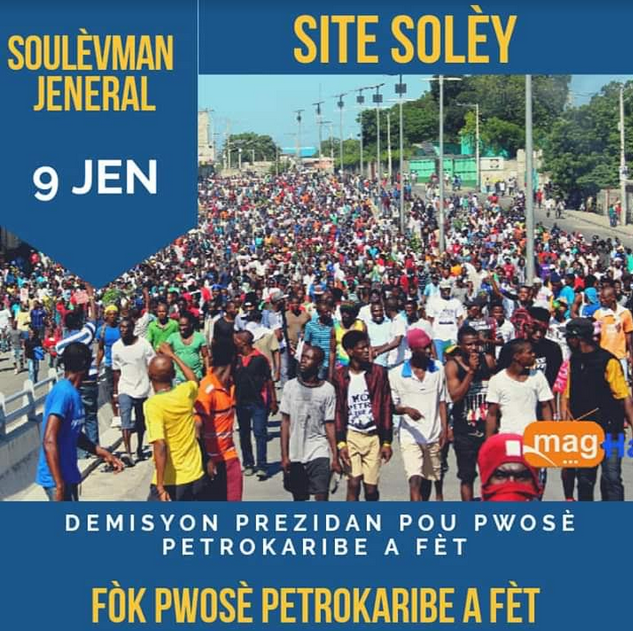 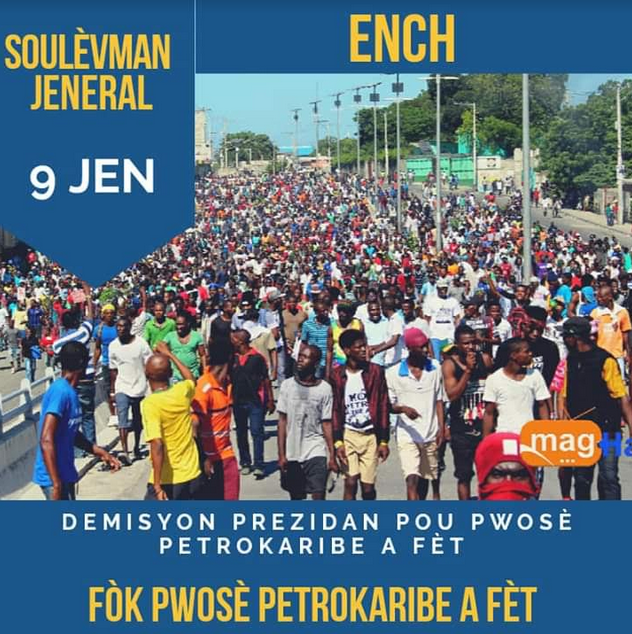 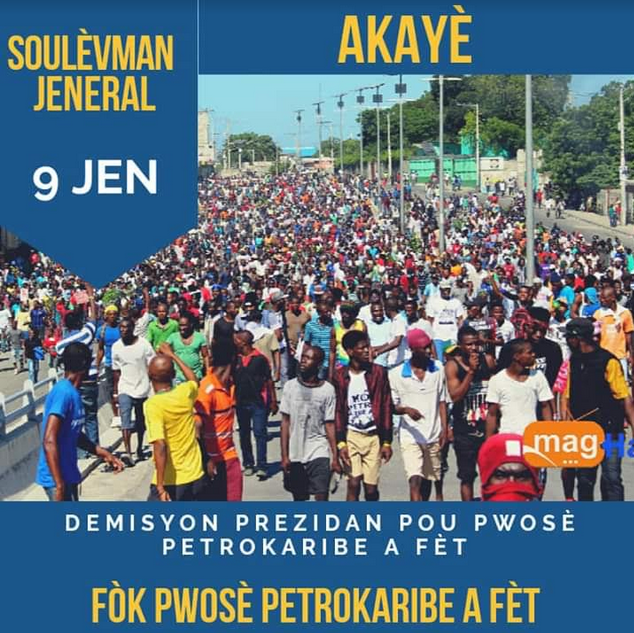 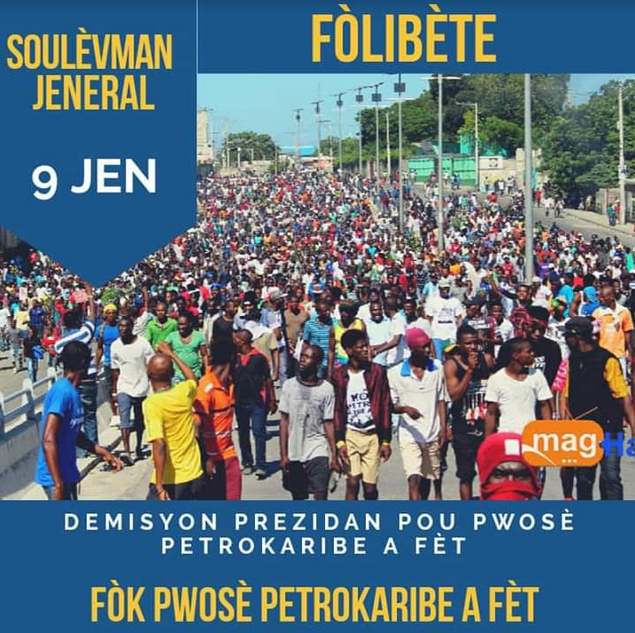 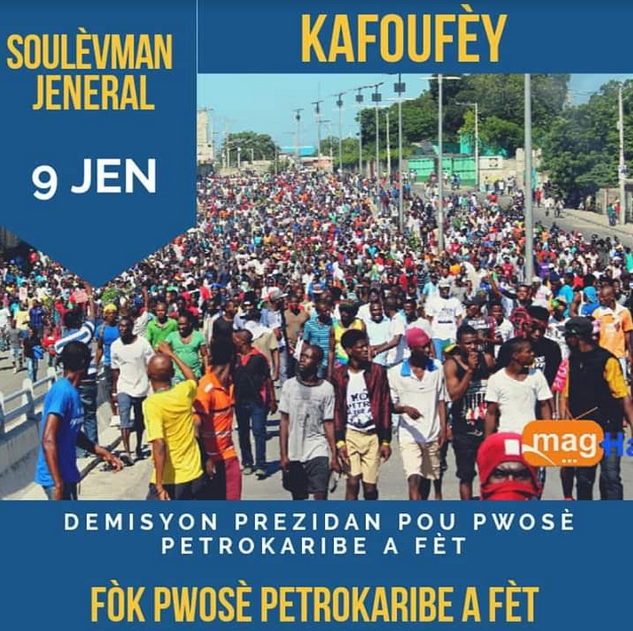 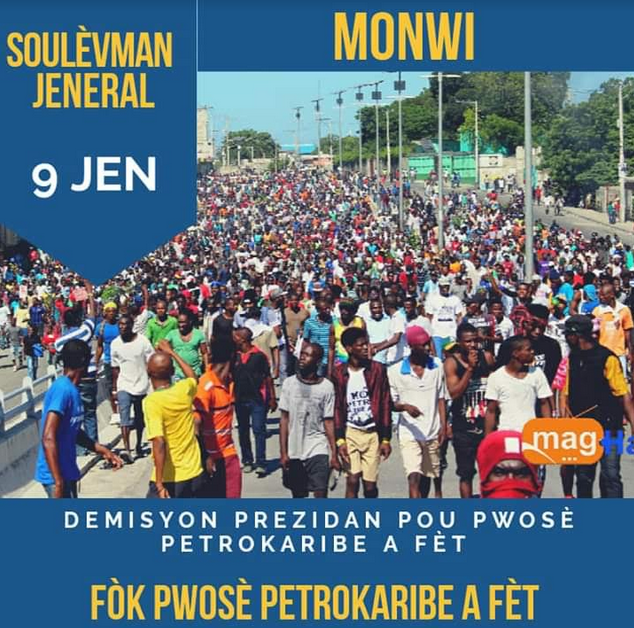 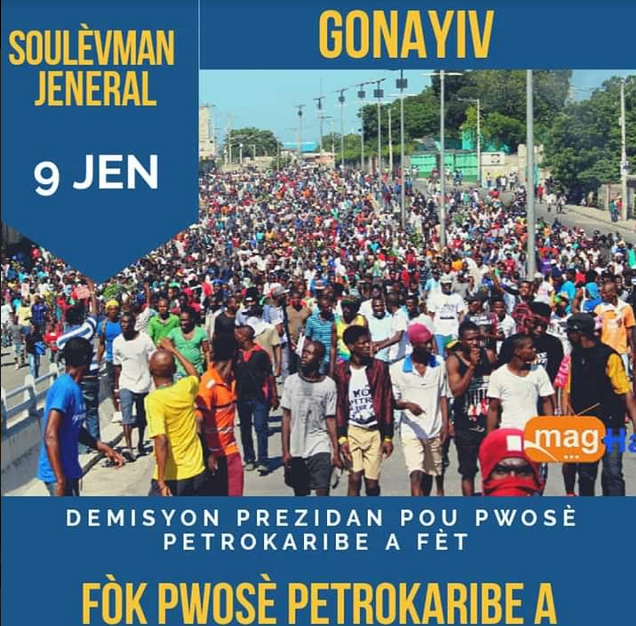 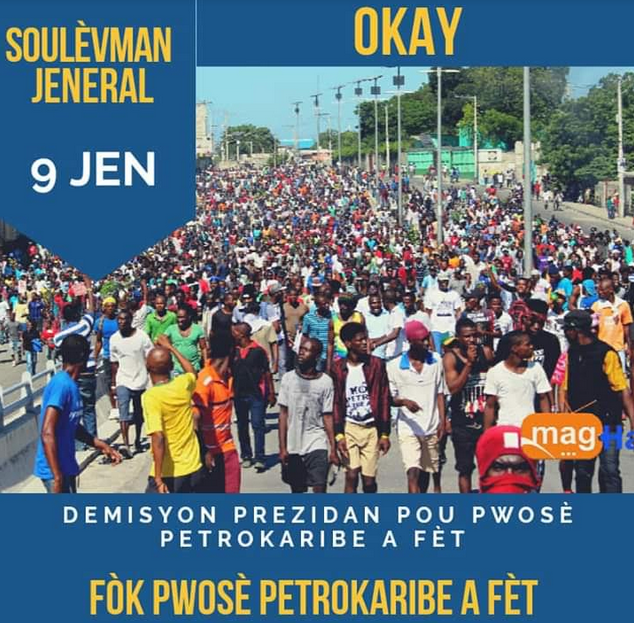 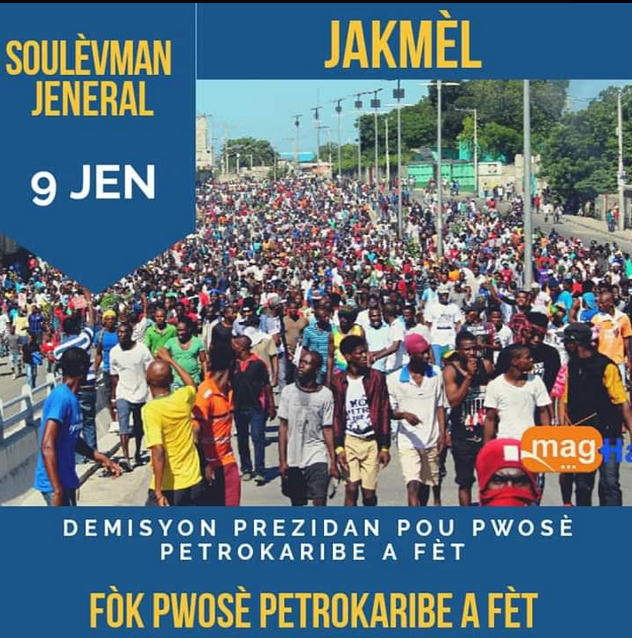 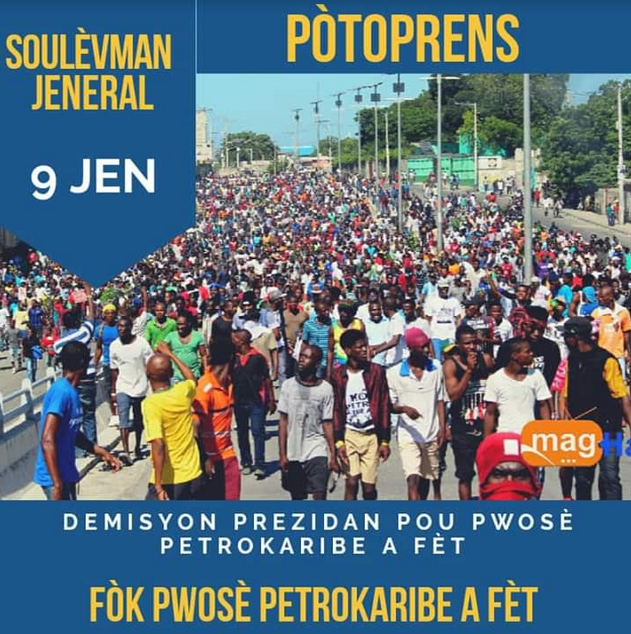 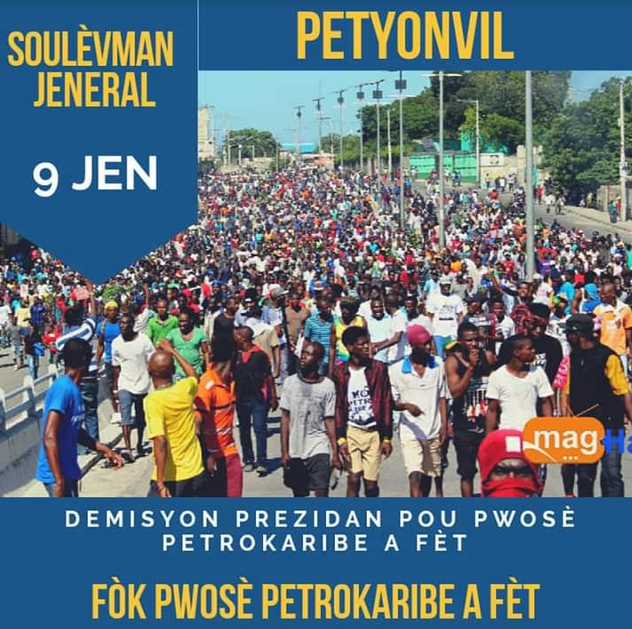 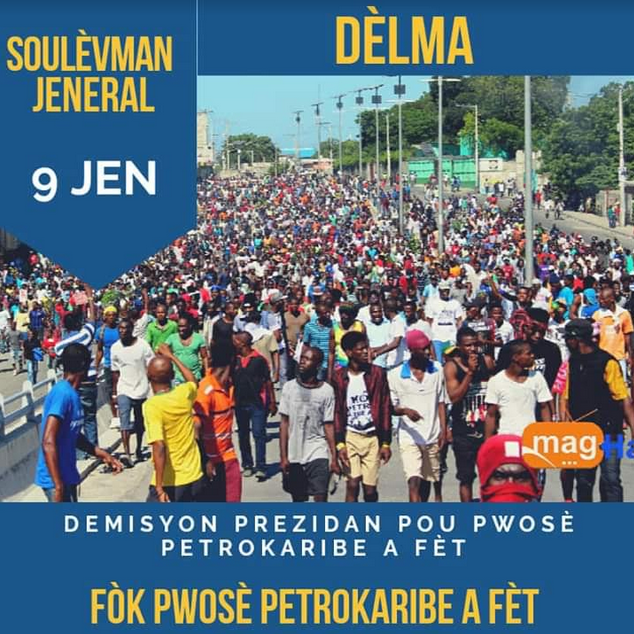 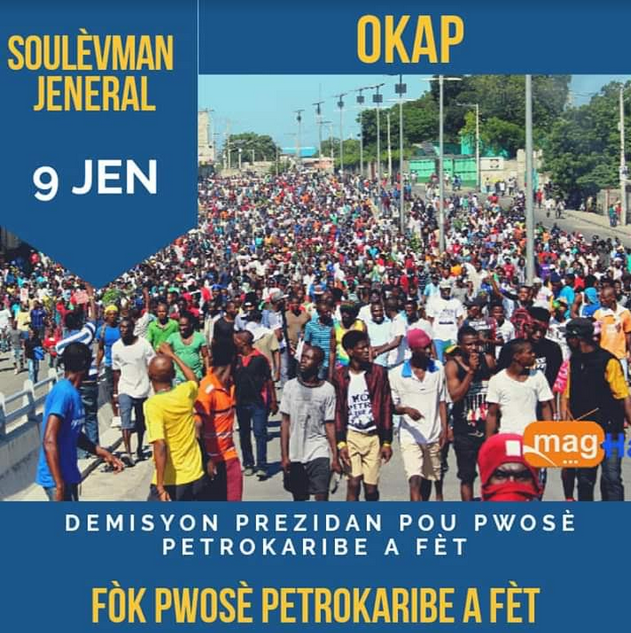