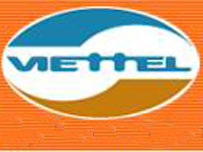 According to the Haiti Press Network, Vietnam’s Viettel Corporation has submitted the sole qualifying bid for 70% of the equity of the state-run telco Telecommunications d’Haiti (Teleco). Viettel has offered USD59 million for the stake. Bids from Central Bank of Haiti and from two Haitian GSM operators – Digicel Haiti and Comcel – were rejected. Viettel’s investment proposals for the company include installing a 2,000km fibre-optic network to extend broadband internet access to provincial towns. The deal, which is expected to be completed by April, marks the latest expansion step for Viettel, having already spread its operations to Cambodia and Laos, as well has recently revealing that it may seek a stake in Bangladeshi cellco Teletalk.

One must wonder why anyone would pick Viet Nam as the one to revive Haiti’s TELECO phone system when other, more experienced groups, are within a couple of hours flight on American Airlines. Viet Nam is so far away from Haiti that one can fly east, or west to get there with equal ease….or difficulty. Those who have endured a flight to China will tell you the time and stress involved. VIETEL’s claim to fame is their involvement with the phone systems in Cambodia and Laos, both poor countries who have a focus upon peasant rice production.

This is like an engineer presenting a proposal for a major program, using the fact that he is Chief of Planning in Jean Rabel and Bombardopolis!!

If you do any research of Viet Nam, or that area in general, the one thing that stands out is the word “corruption.” This local tendency probably appealed to President Preval, his avaricious wife Elizabeth Delatour-Preval, and his inner circle of thieves.

Intelligence sources say that something around $10,000,000 was the cash for Preval’s team.

We can understand why Preval would not pick Franck Cine’s HAITEL after Preval kept him illegally jailed in a simple, cynical blackmail attempt to steal HAITEL. Cine had already paid to stay in the game. Preval was not satisfied with part; he wanted it all,  having already destroyed  Cine’s  SOCABANK in an illegal action that will eventually come back to haunt those involved.

We can also understand why Preval wouldn’t want to deal with DIGICEL since its owner is known for his refusal to pay anything under the table, anywhere.

What  Haiti’s Central Bank was doing in this game is beyond comprehension, unless you understand the Haitian corrupt banking system. The Central Bank should be, but isn’t, a regulatory body….. like it was under Andre in times past.  Without controls, the Haitian banking system has become a giant ponzi scheme that will eventually collapse when people realize the reality of the system. This is why businessmen, like Mevs, put their money in foreign  controlled banks, like SCOTIABANK.

Senator Youri Latortue has moved to hod up the TELECO deal. We welcome his intervention and hope the cynics who suggest he is only doing this to get his cut of the bribe,  are wrong.

One cannot be optimistic. However, the TELECO deal will not be completed until April, 2010 so there is time to force some integrity into the game.

If anyone is interested, I am including web sites that tell of Laos, Cambodia and Viet Nam…