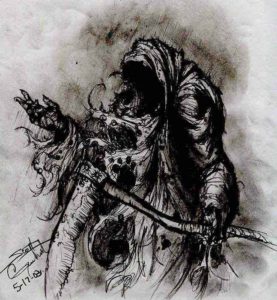 Lack of news about President Hugo Chávez’s visit to Cuba is fueling rumors that his health may have worsened.

Venezuelan President Hugo Chávez — who has not been seen in public since he left last Saturday for Havana — will be back in his country next week, the president of the National Assembly announced amid a growing wave of rumors, speculations and nervousness about his health.

For six days the only life signals Venezuelans have had of their president have been brief messages from his Twitter account, but even those tweets did nothing to calm the growing appetite for news.

On Friday, the president of the National Assembly, Diosdado Cabello, tried to halt speculations.

“God willing, next week [Chávez] will again be among us, after he finishes the treatments he is undergoing in Cuba,” said Cabello.

But Cabello did not offer more details about the president’s health condition; he rather hinted that Chávez could be in Venezuela for only a few days, pointing out that his physical presence in Caracas is not necessary for him to be capable of leading the country.

“We don’t need … it is not necessary the presence of the Commander in this place, because wherever he is he continues to be the commander of the revolution, the nation’s leader and the president of the Bolivarian Republic of Venezuela, as we have recognized all along,” he said.

Chávez “commands exactly as if he were here in Venezuela,” said Cabello, who is also the vice president of the United Socialist Party of Venezuela. He was trying to appease the criticism that claims that the president is violating the Constitution by spending more time in Havana than in Caracas, without appointing someone to govern in his place.

Yet, the accusation of illegality is not the only attack unleashed due to the prolonged absence of Chávez, whose last photos were transmitted Saturday as he was landing in Havana.

Expressions of concern and nervousness for the lack of news also began to surface in the country amid rumors saying that Chávez had suffered some type of medical crisis while he was being treated in Havana.

Those rumors gained force on Thursday because the president did not even call the state television network during the festivities honoring April 19, the date when the country commemorates the signing of the Act of Independence from Spain.

By Friday, the number of tweets and telephone calls expressing concern about the absence of the president was in the thousands, mainly because on previous occasions he had never allowed two or three days to go by without calling the state television to demonstrate that he was informed and updated on his country’s news.

The requests for information were even circulating in Havana.

“Many Venezuelans write me to know about #HugoChavez in #Cuba, but the wall of secrecy is insurmountable,” Cuban dissident and blogger Yoani Sánchez wrote on her Twitter account, referring to the ironclad security implemented on the island to block any leaks about the Venezuelan president’s health.

Chávez traveled to Havana last weekend to continue treatment of his cancer, after gaining authorization from the National Assembly to remain in Cuba as long as necessary.

Before his departure, the Venezuelan president indicated that he planned to complete the last two rounds (of five) of the radiotherapy before returning, because the treatment was “hard” and he preferred not to travel while receiving it.

Chávez, who is the only official spokesman authorized to speak about his illness, has not offered broad details about the seriousness of his cancer, admitting only that it was located somewhere in the pelvis area.

Previously, the president had said that he was cured, but in February he admitted that a new “lesion” had appeared in the same place where a cancerous tumor had been removed, and he again needed to undergo surgery.