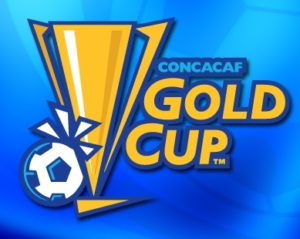 The United States will open the defense of its CONCACAF Gold Cup title on July 7 against Honduras or French Guiana at Frisco, Texas.

The Americans’ opponent will be decided on March 25 and 29 in a two-leg playoff between the fifth-place teams in last year’s Central American and Caribbean Cups. Honduras is ranked 81st in the world, while French Guiana is not a member of FIFA.

The No. 32 U.S. plays 77th-ranked Haiti three days later at Foxborough, Massachusetts, and closes Group A on July 13 versus No. 61 Panama at Kansas City, Kansas.

If the Americans win their group, they would play the third-place team from Group B or C in a quarterfinal doubleheader on July 18 at Baltimore. The other quarterfinals will be the following day at East Rutherford, New Jersey.

The Confederation of North and Central American and Caribbean Football Association Football said Thursday the semifinals will be in Atlanta on July 22, with the Baltimore quarterfinal winners meeting and the New Jersey winners facing each other. The final will be at Philadelphia on July 26.

“We badly want to win this tournament because we want to qualify for Russia 2017. This is huge to us,” U.S. coach Jurgen Klinsmann said. “The best way to do this is to win this summer so we avoid a playoff game in October.”

Sports and city officials in Philadelphia celebrated the hosting honor on Thursday.

“We have a growing, emerging fan base who are passionate and this is a big award for the fans,” said Nick Sakiewicz, chief executive of the Philadelphia Union, a Major League Soccer club.

Philadelphia beat New Jersey, Atlanta and Baltimore for the chance to host the final.

The semifinal losers will meet on July 25 at the Union’s home stadium in Chester, Pennsylvania, in the Gold Cup’s first third-place match since 2003.

No. 21 Mexico opens against 110th-ranked Cuba on July 9 at Chicago, plays No. 82 Guatemala three days later at Glendale, Arizona, and finishes Group C on July 16 against No. 63 Trinidad and Tobago at Charlotte, North Carolina.

In Group B, 13th-ranked Costa Rica starts against No. 76 Jamaica on July 8 at Carson, California, meets 89th-ranked El Salvador three days later at Houston and faces No. 116 Canada on July 14 at Toronto.

“Right away it puts you on your toes and you have to start the competition focused, concentrated and determined,” Klinsmann said.