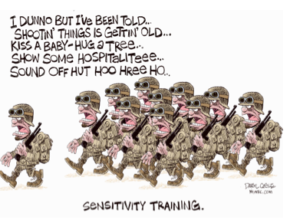 PORT-AU-PRINCE, Haiti –  A leading U.S. military contractor announced Tuesday that it won a contract for up to $48.6 million that will help support a U.S. contingent to the United Nations peacekeeping mission in Haiti.

The Falls Church, Virginia-based DynCorp International received the contract from the U.S. State Department’s Bureau of International Narcotics and Law Enforcement Affairs. It will recruit and finance up to 100 officers to join the U.N.’s police unit affiliated with the mission, known as UN Pol, and 10 U.N. correction advisers.

The firm says it has already trained more than 400 officers with Haiti’s National Police Department, a chronically understaffed force that today has only 10,000 officers in a country of 10 million people. Haitian officials hope to bring the total number of officers to 15,000 by 2016.

The DynCorp task order has a one-year base period with three, one-year options that carries a total value of $48.6 million.

The U.N. mission of now more than 9,000 troops has been in Haiti since 2004 with the goal of providing stability following the ouster that year of President Jean-Bertrand Aristide.