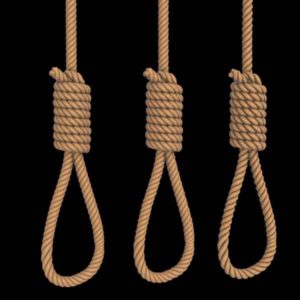 MONTEVIDEO, Uruguay—A Supreme Court official promised Wednesday that Uruguay’s justice system will reach out to a young Haitian man who has accused six U.N. peacekeepers from Uruguay of sexually abusing him.

Justice officials said earlier that they had been unable to obtain the man’s testimony and that charges might have to be dropped as a result.

But The Associated Press called the 19-year-old’s cellphone and found him in Haiti’s capital. He said Monday night that no one had ever asked him to testify.

Supreme Court minister Jorge Chediak noted the man’s comments in an interview with Channel 10 television and said the courts would act once their January vacation ends.

“Now that we know he is apparently interested in testifying, he will surely be found, and surely after the recess ends the competent authorities will take the steps needed to have a videoconference,” he said.

The Haitian man told AP on Wednesday night that he hadn’t been contacted by his attorney or other authorities since the AP’s report two days earlier.

Uruguay’s vice minister of defense, Jorge Menendez, said officials had tried repeatedly to obtain the man’s testimony, either by bringing him to Uruguay or having him answer questions remotely. But, he said, they had not heard from the alleged victim since his lawyer demanded a $5 million settlement.

On Wednesday, Chediak said justice officials still didn’t have the man’s address in Haiti, but since the AP had managed to locate him and he expressed a willingness to testify, Uruguayan authorities would take the necessary steps to find him. He insisted that “the last time we couldn’t take his declaration because he couldn’t be found.”

The former peacekeepers were freed last week pending a military trial on charges of violating rules against fraternizing with civilians inside military bases.

A separate civilian investigation into the abuse charges could go to trial only with the man’s cooperation, prosecutor Eduardo Fernandez Dovat said early this week.

Dovat said a video of the incident by itself could not prove that the Haitian man was sexually penetrated, and the case would have to be dropped if he didn’t testify.

One of the peacekeepers recorded the rowdy scene on a cellphone, showing the accuser being pinned down on a mattress as a partially clothed soldier simulated rape.

The soldiers initially called it a prank that got out of hand, but it angered many Haitians and gave ammunition to those who have been demanding a departure by the U.N. mission.

1 thought on “Uruguay will question Haitian about alleged abuse”