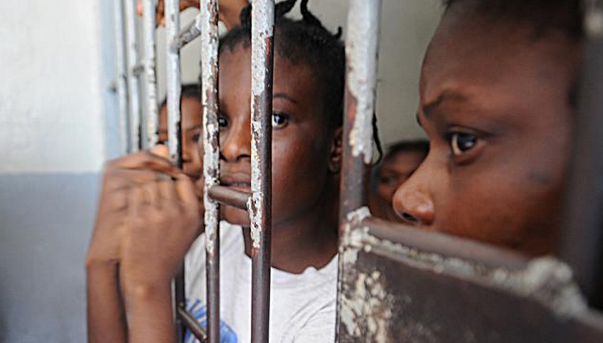 Port-au-Prince (AFP) – A UN human rights expert on Tuesday condemned overcrowding at Haitian prisons and the slow pace of the country’s legal system that has left many suspects awaiting court dates languishing behind bars.

Prisons in Haiti are packed to more than 450 percent of capacity, according to the International Center for Prison Studies, one of the highest rates of overcrowding in the world.

Gustavo Gallon, an independent UN expert on human rights in Haiti, said he met a prisoner who has been jailed since December 2012.

The man was accused of buying a stolen gun, a crime that carries a sentence of a year and a half, but has been behind bars for more than three years because he has yet to appear before a judge, Gallon told a news conference in the Haitian capital, Port-au-Prince.

Nationally, 72 percent of inmates are awaiting trial, a situation denounced for decades by human rights advocates.

“Human rights violations are repeated every day,” Gallon said, adding, “These problems should have been solved long ago.”

Gallon visited a high-security facility in Croix des Bouquets that has some of the best living conditions among Haitian prisons.

“While there are concrete beds that aren’t found elsewhere, they are made for 8 people but 12 people are forced to pile on top of each other,” he said.

Gallon also traveled to the Dominican Republic border to assess the living conditions of people evicted from that country.

The Dominican Republic changed its immigration policy in 2013, stripping Dominican citizenship from people born there to parents without legal residency, a rule that predominately targeted ethnic Haitian migrants.

The policy has been widely condemned and threatened to leave 250,000 people stateless.

The Dominican government allowed those affected by the policy to show documents proving they should be allowed to stay, but the process closed in August.

Since then, many have been deported, often so quickly they don’t have time to gather their belongings or notify relatives.

In February, there were 2,484 such deportations, including 294 women and 161 minors, Gallon noted.

He appealed to the Dominican government to take steps “to protect the population.”