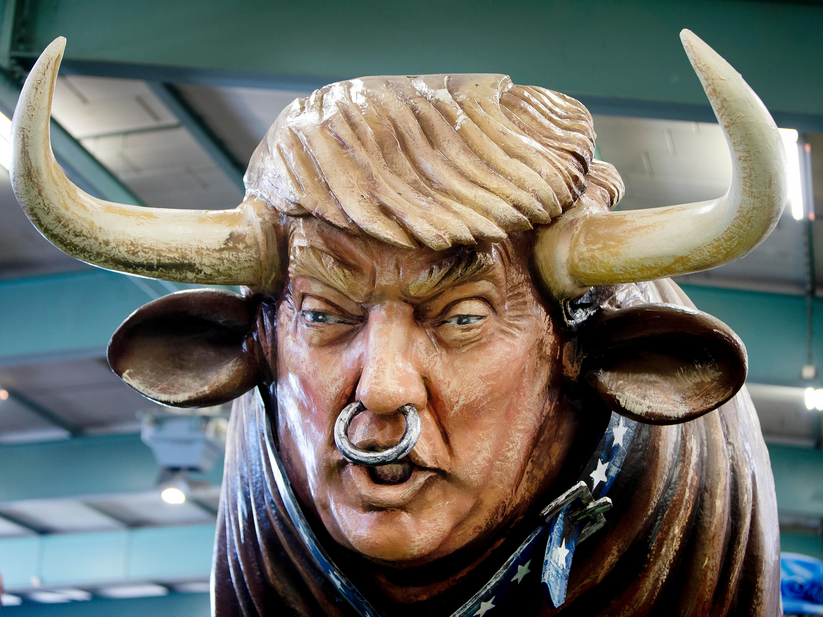 For more than a decade, an energy alliance with Venezuela guaranteed a stable flow of oil to desperate Caribbean and Central American nations as they purchased millions of barrels on preferential payment terms from the oil-rich South American nation.

The generous deal — 60 percent paid up front, the remainder payable over 25 years at one percent interest — allowed nations like Haiti, Jamaica and others to use the savings to fund social projects for the poor and control pump prices at a time when $100-a-barrel oil prices threatened to gut government coffers.

Then came the crushing crisis in Venezuela and U.S. sanctions. Now, both seemed to have accomplished what the U.S. had long attempted to do ever since thePetroCaribeoil alliance was launched by President Hugo Chávez in June 2005 with 14 countries: kill it.

“PetroCaribe to me has been dead for at least a year,” said Jorge Piñón, director of the Latin America and Caribbean Energy Program at the University of Texas at Austin. “This is nothing new. All of these countries should have seen it coming.”

“I am amazed when I see a cargo ship leaving Venezuela for Cuba. That shows you the relationship, the dependency both countries have on each other,” he said.

Piñón said the fuel stoppages to the rest of the Caribbean and Central America should not be blamed on the U.S. sanctions, which first went into effect in 2017, but on the mismanagement of Petroleos de Venezuela PDVSA, Venezuela’s state-run oil company. Some Caribbean nations that once were the beneficiaries of PDVSA’s generous subsidies, however, disagree.

Caribbean leaders say the economic sanctions imposed by the U.S., including those in January on financial transfers linked to the sale of Venezuelan oil in the United States, are having an adverse impact on everything from fuel supply to debt payments to stability in the region..

“The quantities of fuel for these countries are very small, and you need small vessels to take them and Venezuela has to pay them in advance with U.S. dollars,” said Ralph Gonsalves, prime minister of St. Vincent and the Grenadines. “Venezuela doesn’t have any account systems where they can pay them. So it’s a question of the shipping. It’s as simple as that. The sanctions are adversely affecting payment for the shipping.” 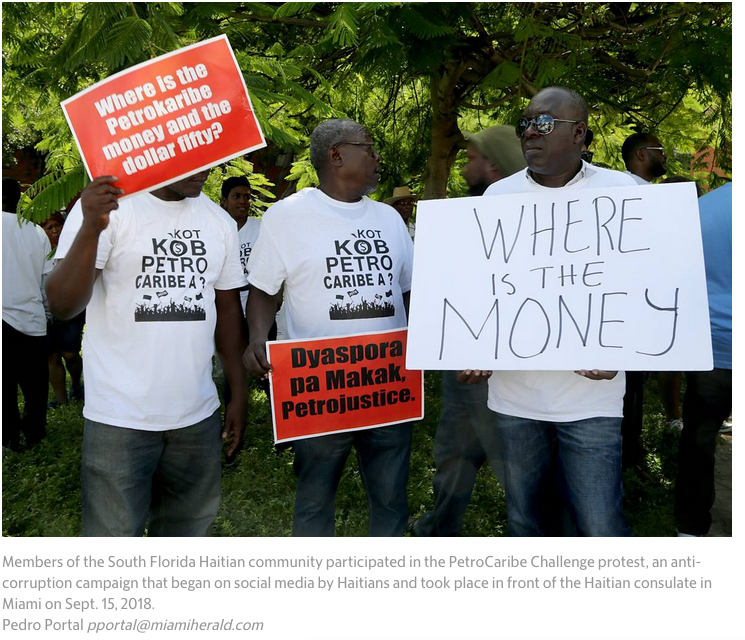 One of the staunchest supporters of Venezuela in the 15-member Caribbean Community regional bloc known as Caricom, Gonsalves is among the Caribbean leaders who have been critical of the Trump administration’s and the Organization of American States’ pressure campaign on President Nicolás Maduro’s regime. After issuing a statement publicly condemning the U.S.’s recognition of opposition leader Juan Guaidó as Venezuela’s interim president, Caricom unsuccessfully appealed to the United Nations to intervene.

On Tuesday, the White House announced that the leaders of four Caricom countries — Haiti, Bahamas, Jamaica and Saint Lucia — along with the president of the Dominican Republic would be joining President Trump on Friday for a meeting at at Mar-a-Lago in Palm Beach County. The meeting, the White House said, would reaffirm the U.S. “strong friendship with and commitment to these countries, and signal the importance of the Caribbean to the hemisphere.”

“The President will discuss his vision for our diverse relationships in the Caribbean and the potential opportunities for energy investment,” the statement said, adding that the president will also be thanking “these countries for their support for peace and democracy in Venezuela.”

All of the invitees are members of the Lima Group— a bloc of Latin American and Caribbean nations — at the Organization of American States that have been pushing to step up sanctions and political pressure on Venezuela. While all voted with the U.S. in January to not recognize the legitimacy of Maduro as he prepared to start another presidential term, only Haiti, the Bahamas and the Dominican Republic agreed to recognize Guaidó.

Still, the White House’s invitation — and who was not among the invited — has been noticed in the region, where some leaders have questioned Caricom’s support for Maduro and the Caribbean’s interdependency on Venezuela’s oil economy.

Gonsalves’ eastern Caribbean nation used to receive about $30 million to $35 million worth of long-term financing from Venezuela. But that amount has since dwindled as the sanctions took hold to the point where the country now receives no Venezuelan subsidized fuel to supply its state-owned electric company.

“We haven’t had fuel now from PetroCaribe for months upon months, and it’s severely affecting us because we used to get long-term financing through the PetroCaribe arrangement and there is no money from it now, none, absolutely none,” he said.

“Rather than pay 50 percent [up front] we now have to pay everything in cash,” he added. “We have to find the money from other sources and don’t quite spend on some programs as we used to spend before because there were a lot of poverty reduction programs, on which we spent the PetroCaribe money. We have to find other resources or cut back on the extent of the spending. It’s affecting us, it’s affecting every one of us.”

Of course no case in the region is as dire as Haiti’s, where a ship with more than 150,000 barrels of gasoline remains off the coastof Port-au-Prince unable to unload because the government has yet to come up with $58 million in overdue payments.

The country, which last received fuel from Venezuela a year ago, has had to deal with frequent blackouts and ongoing disputes with a U.S. fuel supplier over its failure to pay. The overdue payments have created a severe oil shortage in the country where Haitians are now selling fuel for as much as $12 a gallon on the black market.

And that’s not the only way the sanctions are being felt.

Earlier this month, Jamaica’s finance minister, Nigel Clarke, told a finance committee in his country’s parliament that Jamaica’s December payment to Caracas toward its $115 million PetroCaribe debt was returned by a correspondent bank, which does not run afoul of the recent U.S. sanctions. 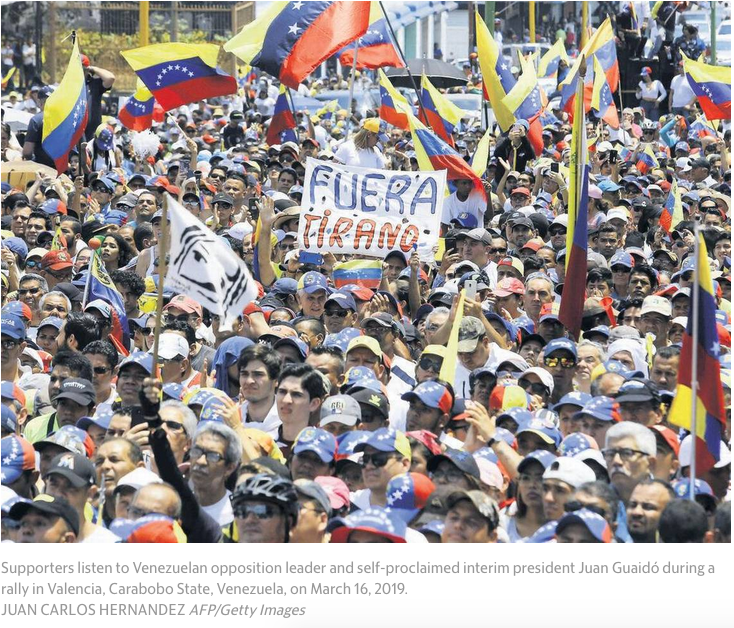 The uncertainty of the language in the U.S. sanctions “raises a lot of fear,” said Daniel Gutierrez, chairman of the Florida International Bankers Association’s (FIBA) Anti-Money Laundering Committee.

“There are some institutions that have made decisions not to process any transactions at all in an effort to avoid repercussion, reputational risk and because of costs,” he added.

Gonsalves and Antigua and Barbuda Prime Minister Gaston Browne said they too have faced similar rejections, and are having to put the money in escrow.

Browne said the sanctions also mean that Venezuela “cannot supply under the circumstances.” Like Antigua, he’s had to dig deep within his hurricane-recovering nation’s shallow coffers, he said, to now pay for poverty-reduction programs that were once financed by the savings from not having to pay for fuel upfront. Antigua’s debt to Venezuela, reduced by half, now stands at $90 million, payable at 1 percent interest over 25 years.

“We now have a trade deficit with the U.S. of almost $500 million annually. The social programs that are being funded have been severely undermined. These along with the hardships of the sanctions on the Venezuela people are among the consequences of the sanctions,” said Browne, who noted that while President Trump is free to meet with whomever, Friday’s meeting with Caribbean leaders at Mar-o-Largo should not commit Caricom to any decisions taken.

“They need to free up Venezuelans’ billions so that they could feed themselves, instead of offering symbolic politicized aid.” 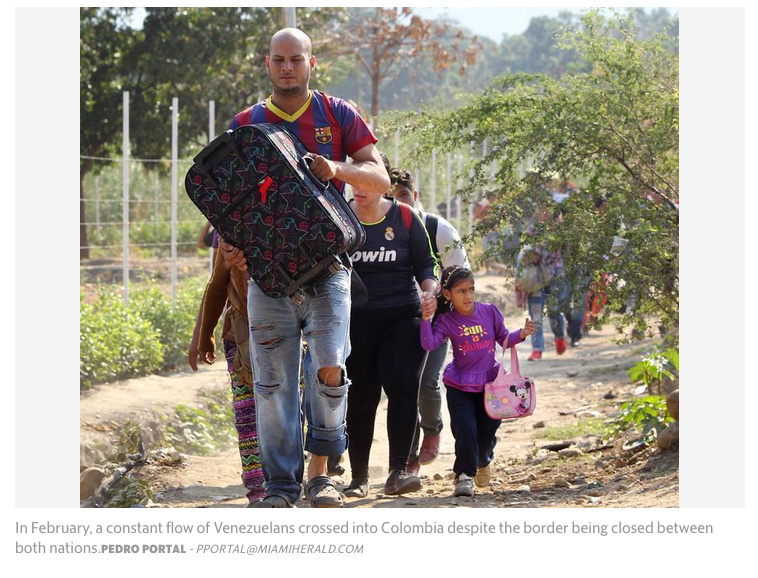