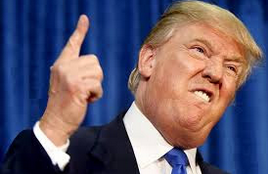 The Trump administration’s decision to exclude Haitians from receiving temporary agricultural and seasonal visas in the U.S. could work against the interests of the Trump Organization.

An announcement from the Department of Homeland Security (DHS) Thursday noted that citizens of Haiti, as well as Belize and Samoa, will be prohibited from applying for the temporary H-2A and H-2B visas. But that could cause staffing problems for Mar-a-Lago, which Trump has dubbed the ‘Winter White House.’

The resort reportedly employs more Haitians than nearly any other nationality. (Romania is the only other one that comes close, according to The New Yorker.) Mar-a-Lago applied for and received 70 H-2B visas for its recent 2017-2018 season.

The DHS action comes just days after Trump made a series of comments that brought condemnation to the Oval Office. Speaking of Haiti, El Salvador, and African nations, Trump reportedly asked, “Why are we having all these people from shithole countries come here?,” during a meeting.

Trump has denied saying anything derogatory about Haitians and denied using the word “shithole.” That prompted Sen. Dick Durbin to publicly assert that the president did indeed use the word.