PORT-AU-PRINCE — VOA NewsMuch of Haiti has come to a halt because of a transportation strike over new taxes proposed by the government.

Most Haitians do not have private cars and they get around on motorcycle taxis or the often elaborately painted vans and trucks known as `”tap taps.” But none were available Monday. 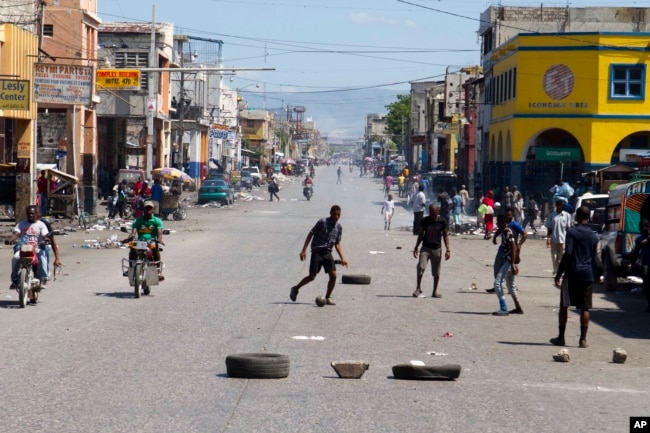 Youth play soccer in the middle of a normally busy downtown street, left empty by a transportation strike in Port-au-Prince, Haiti, Sept. 18, 2017.

Unions called the strike because of proposed new taxes on driver licenses, gas and property, among other things. President Jovenel Moise was out of the country to attend the U.N. General Assembly but has said the money will go back to the public in the form of services and new infrastructure.