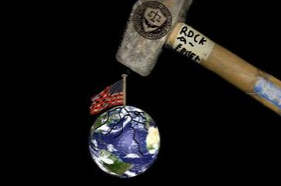 2. Eleventh Circuit Affirms Money Laundering Conviction of Haiti Government Official
In United States v. Duperval, the Eleventh Circuit upheld the conviction and nine-year sentence of Jean Rene Duperval, the first foreign official to be convicted at trial for money laundering based on an underlying FCPA bribery scheme. From June 2003 to April 2004, Duperval served as the Assistant Director General and Director of International Affairs of Telecommunications D’Haiti, S.A.M. (“Haiti Teleco”), a state-owned telecommunications company. While in that role, he participated in two separate schemes to launder a total of approximately $500,000 in bribes paid to him by two Miami-based telecommunications companies, in exchange for various business favors. Following a March 2012 trial, Duperval was convicted of two counts of conspiracy to commit money laundering and nineteen counts of money laundering, based on financial transactions involving the proceeds of wire fraud and violations of the FCPA and Haitian bribery laws. In its February 9, 2015, opinion, the Court of Appeals rejected Duperval’s challenge to his conviction on the basis that he was not a “foreign official” under the FCPA, because Haiti Teleco was not an “instrumentality” of Haiti. The court relied on its decision in a related case, United States v. Esquenazi, which set forth a non-exhaustive, multi-factor test for when an entity will be deemed an “instrumentality” for purposes of the FCPA. The court also addressed the “routine governmental action” exception (also known as the “grease payments” or “facilitating payments” exception) under the FCPA, rejecting Duperval’s argument that the payments he received fell within its scope. Its discussion of the issue confirms the limited scope of the exception. Given the successful use of money laundering charges to convict Duperval at trial, based on an underlying FCPA bribery scheme, the DOJ will almost certainly continue to use these charges to prosecute foreign officials as bribe recipients. For more on this opinion, please see our client alert on the Duperval decision.