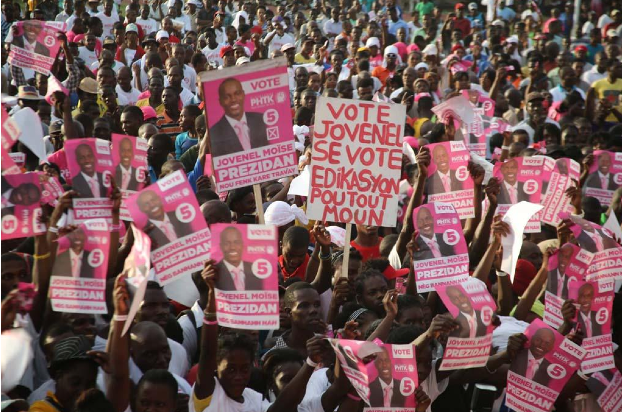 In another of an ongoing series of demonstrations, thousands  of PHTK supporters, and representatives of other group, wanting completion of the electoral process, marched through the streets of Port-au-Prince and Petionville today.

Pressure mounts for the departure of Interim President Privert, as it become obvious he has no interest in holding elections. Privert’s goal is delay, until he can justify staying for 2 years or more.

Over the past weeks, Privert has amassed a small fortune from his control of contraband movements across the Dominican Haitian border.

He plans to use this to buy support of Haiti’s Chamber of Deputies and Senate.

America’s State Department, along with the embassies of the United States and France have delivered blunt messages to Haitian legislators. Privert must go by May 14, no matter what happens with the elections.

The Americans could be very useful if they revoked PERMANENTLY the visas of those who block the process.

It would also be useful to investigate the source of Leopold Berlanger’s fortune.

Only a couple of years ago, Berlanger couldn’t pay his bills.

Now he owns, outright, 9 homes he and his wife have built at a cost of about $500,000 each. There are rumors of some questionable contracts.

He is the one who should appear before the Parquet.

Elections are doubtful with Leopold Berlanger at the controls. 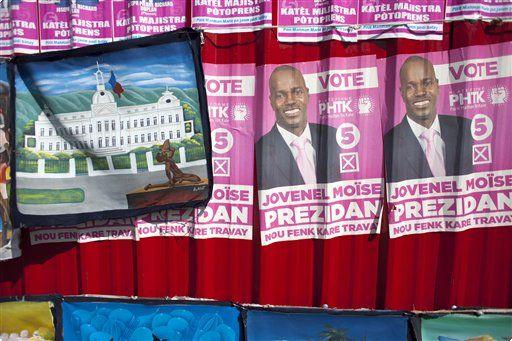