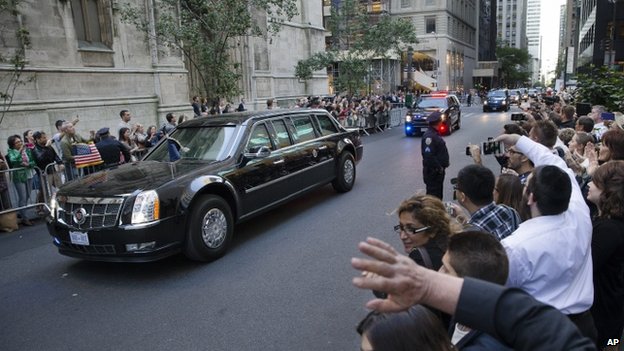 The world’s media were waiting this week for a historic handshake between the presidents of US and Iran, but despite a frenzy of anticipation, it did not happen. That is par for the course on reporting the UN General Assembly, says the BBC’s Nick Bryant, where what is not said may be as important as what is.

Pity poor Burkina Faso, I thought on the opening morning of the General Assembly, as presidents, prime ministers, foreign secretaries and their minions headed through the streets and avenues of Turtle Bay, the riverside home of the United Nations.

At these kind of gatherings, the length of your motorcade is always a measure of your power.

And while Barack Obama turned up with his usual convoy of motorcycle outriders, black limousines, communications vehicles and an ambulance, all tiny Burkina Faso got for an escort was a New York Police Department scooter.

Short of the NYPD providing a golf cart or tandem, it is hard to imagine more of a vehicular slight.

This is the week in the calendar when a more egalitarian spirit is supposed to reign at the UN. The president of the United States is allotted no more speaking time than the vice-president of the Seychelles – 15 minutes of potential geopolitical fame.

But Barack Obama did not pay much attention to that. He spoke for 40 – another example of American exceptionalism – and nor does anyone else. 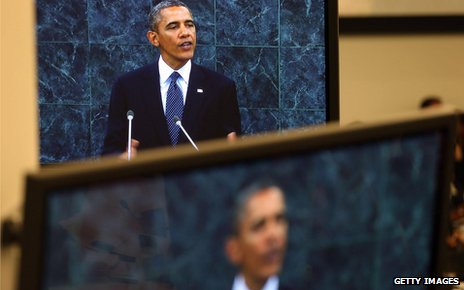 Instead, the usual global rankings assert themselves, whether quantified by the size of your security detail or the attention you receive in the media centre.

For most of the time the majority of the television monitors there have the volume turned down, and the speakers are left to “goldfish”, their lips moving but their mouths not making any noise.

The effect is similar to walking past a television shop, where there are dozens of plasma screens in the window but none that you can actually hear.

For us journalists at least, the idea that every voice should be heard is rendered mute, in the most literal sense of all.

Since this is my inaugural General Assembly, I am something of a freshman. So here are a few first impressions.

To begin with, the security has a uniquely Big Apple flavour. The NYPD floods the area with so many officers that they bring their own doughnut and coffee vans.

Those security arrangements, as any New Yorker will tell you, are a major inconvenience. Especially cruel was the police officer I saw who stopped a woman reaching her dentist. Or perhaps he was doing her a favour. 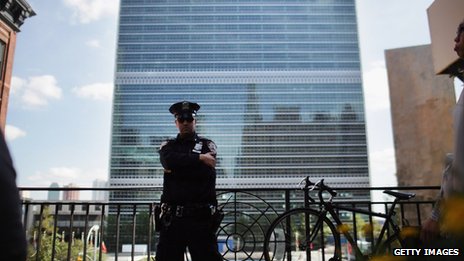 Some would say listening to more than 130 world leaders pontificating on the global issues of the day is akin to pulling teeth.

I have found that the normal rules of diplomatic reportage apply. It is not just a case of covering what is said, but also of listening for what goes unsaid.

This year, for instance, President Obama did not threaten Iran with new sanctions or possible military action. Nor did the new Iranian president, Hassan Rouhani, threaten Israel.

Neither is it simply a case of reporting what happens inside the assembly hall. You have to train a closer eye on the meetings on the margins. Diplomats love their bilaterals, those face-to-face powwows where the real work is done.

And often the headlines come from things that did not happen at all. The possibility of a handshake between Barack Obama and Iranian President Hassan Rouhani created a real frisson. 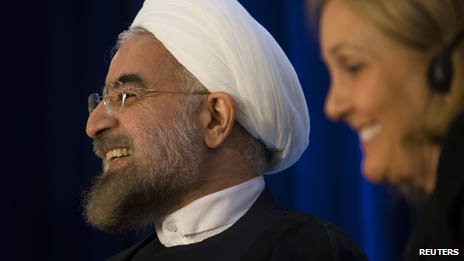 Not since the Iranian hostage crisis have the leaders of these two countries come face to face.

But as the VIPs assembled for the luncheon at which this brief encounter was supposed to take place, the Iranians did not show.

It was rather like waiting to see if a bride would turn up for her wedding, with the US president cast as the jilted husband.

Afterwards, the White House said it would have been open to a brief “brush-by”, as these intricately choreographed meet-and-greets are known. But alas, we did not get to witness this piece of diplomatic theatre, although the week did end with that historic phone call when Mr Rouhani was on the way to the airport.

So for entertainment, many people’s gaze turned to a rival show in town, the Clinton Global Initiative organised by the former US President. Its stage looks like an Oprah-style talk show.

Its armchairs accommodate celebrities like Bono. Even President Obama dropped in for a chat. 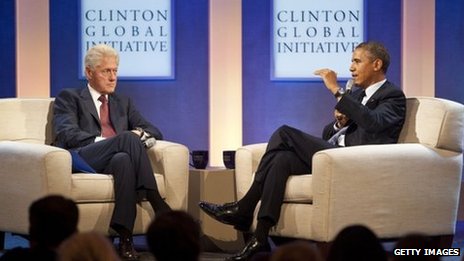 It is not as if the Clintons are gatecrashing the party: they have created a competing party of their own. And up against the rather staid proceedings of the General Assembly, it feels like a late-night rave.

New York is a city where you always feel there is somewhere cooler and trendier to be. And the Clinton Global Initiative exploits that sense of paranoia.

That is not to belittle what happens at UNGA, as it is known in this acronym-addicted organisation. Meaningful work is done. This week, on Iran and Syria, it has the potential to be momentous.

But often the speeches themselves feel like diplomatic Muzak, background noise while progress is made in private.

As the sun dips behind the wondrous Chrysler building, I am watching another motorcade drive through the gates. It is a limousine sandwiched between two NYPD squad cars and accompanied by a black station wagon with marksmen leaning out the windows.

If I had to hazard a guess, I would say it is a middle-ranking delegation like Thailand. That, or Burkina Faso has just been given a major upgrade. 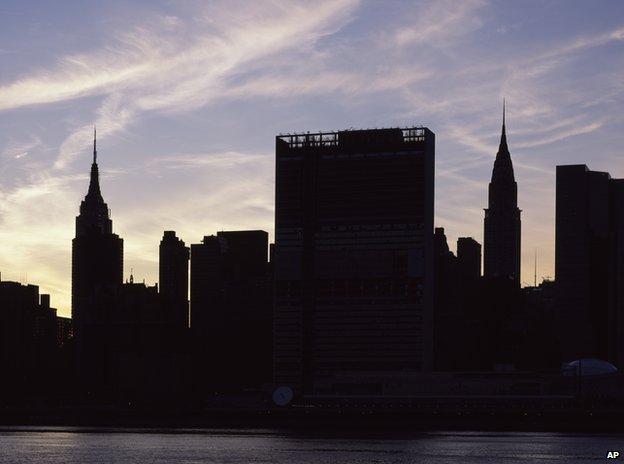