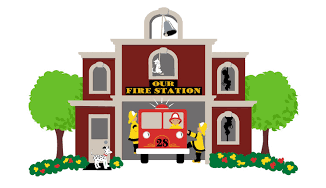 The reconstruction of the fire station of Port-au-Prince in Haiti, sponsored by the City of Quebec, falls into the water. The canadian government has chosen to remove his balls.

Quebec City mayor Régis Labeaume confirmed to the Newspaper that the project, funded to the height of $ 2.6 million by the federal government, through the world Affairs Canada, has had an abortion.

“We were informed early July by world Affairs Canada that the draft of the barracks in Haiti was no longer part of their plans,” said the spokesman of the City David O’brien.

The project was cancelled, because the haitian government has not been able to comply with certain conditions, including making available land for construction with clear property title, walked in good and due form and with geotechnical investigations to be satisfactory, he explained.

The idea was born in November 2012 following a visit to Port-au-Prince, Régis Labeaume. He had met with the fire of the place, at the invitation of the honourable Michaëlle Jean, then special envoy of UNESCO for Haiti. She had contacted personally to the mayor to give him of the deplorable state of the barracks, and to solicit his help.

We feared for the safety of firefighters who had to work in very harsh conditions, without solid roof over the head.

The project was formalized in January 2015, when the funding announcement of $ 2.6 million by the federal government and a contribution of $ 170,000 by the City of Québec. The construction was due to start in January 2016. But the pitfalls are administrative had already caused a considerable delay of a year and a half, as was revealed in The Journal last summer.

We had carried forward the work in June 2017. This was ultimately never materialized.

Yesterday, the mayor said he was disappointed with the turn of events. “It disappoints me because it just makes the evidence that it is extremely disorganized. (…) When I looked at the file, I was discouraged. I was wondering if they were going to get out one day. They have everything on a silver platter, and they are not able to have the title to the property. “

The City has not lost money since the help was in time and professional services, insists the mayor. Quebec provides material aid, shipping of used equipment that can be used to fire the haitians, ” he recalls.

It was not possible yesterday to get comments from the global Business Canada.

1 thought on “The project of barracks in Haiti is dead”