Haitians must wait to learn presidential ballot results.
More than 300 vote tallies have been set aside in Haiti for fraud or other irregularities. Fraud accusations not surprising in Haiti vote. 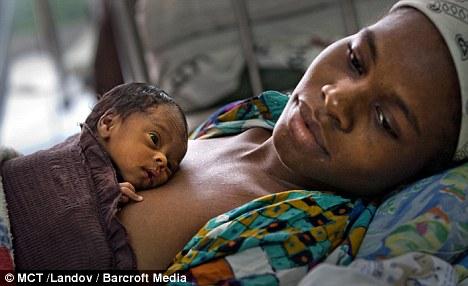 Haitians will have to wait until Thursday to learn who won the country’s recent presidential elections or advanced into a Dec. 27 runoff.

“Publication of the results have been postponed until [Thursday] to take into account all of the complaints that have been received,” Pierre-Louis Opont, the president of Haiti’s Provisional Electoral Council, told the Miami Herald.

Preliminary results for the Oct. 25 first round of presidential elections, legislative runoffs, and mayors were supposed to be released Tuesday. But in recent days, 162 complaints about fraud have been logged by the nine-member elections council, which announced a commission made up of members to address the complaints.

For the past nine days, some 800 workers and 28 lawyers have been working around-the-clock inside a vote-tabulation center reviewing tally sheets from the 13,275 polling stations from around the country.

As of Monday afternoon, they had treated 95.33 percent, or 12,801, of the presidential sheets. Of that number, 349 had been set aside because of fraud or suspicious tallying, according to the data published by the tabulation center.

While international observers and Haitian Prime Minister Evans Paul praised the elections, an avalanche of accusations and rumors about a tainted vote has emerged. At the center are charges that 915,675 accreditation cards, which were distributed to political-party monitors and electoral-observer organizations ahead of the Oct. 25 vote in hopes of diminishing fraud, were being sold in a thriving black market.

There were also reports of ballot-box stuffing and people voting multiple times.

“The international community has always characterized as ‘acceptable’ elections that were perceived as fraudulent and illegitimate by Haitian watchdog organizations and Haitians themselves. So there is nothing new in its reaction to the elections of October 25th,” said Robert Fatton, a Haiti expert at the University of Virginia. “The ‘core countries’ have applauded last Sunday’s election since it was much better organized than the recent and disastrous legislative election of August 9. So they will wait for the publication of the official results before pronouncing themselves publicly.”

Fatton said fraud and accusations of fraud are a constant in Haitian elections and it is therefore not surprising to hear that the vote was marred by fraud.

Some 54 candidates ran for president, including government-backed candidate Jovenel Moise and opposition candidates Jude Célestin, Moise Jean-Charles, and Dr. Maryse Narcisse. All four believe they had a strong enough showing to either have won in the first round with 50 percent plus one or 25 percent more votes than the nearest competitor.

The wait for the results has Haiti on edge. On Sunday, a Vodou ceremony quickly spiraled into a protest as supporters of Narcisse, Jean-Charles, and Célestin took to the streets after attacking supporters of government-backed candidate Moise.

COMMENT: HAITIAN-TRUTH.ORG
There is always some fraud in any election – ANYWHERE.
The October 25 Haitian ballot was as good as this country has ever experienced, even though no more than 18% voted – SHOWING THE HAITIAN’S DISINTEREST – DISTRUST – DISAPPOINTMENT- DISPAIR – AND DISGUST WITH THE DEMOCRATIC CONCEPT – AS EXHIBITED IN HAITI SINCE 1986.
The August 9 vote had a turnout of something less than 5%.
There were more cards for Mandataires/observers issued than voters who participated. Insane – but true.
Haitian politicians refuse to accept the concept of one guy finally winning a vote! When this happens, they want to run the process again,
in the hope of winning themselves. When someone wins, the “old burned ballot trick”… or “stuffed ballot box” concept is dragged out.
During the CELESTIN FIASCO in 2010 the Preval team dumped ballots in the garbage pits, scattered ballots in strange locations – then called the media to witness the proof of fraud.
It worked then, so why not use the concept again?
Unfortunately, for Haiti, Martelly, Sophia, and their inner circle, have created a scenario of corruption. Sophia’s greed, and criminality, is legend.
President Michel Martelly has given Haiti the best candidate on the election calendar – JOVENEL MOISE.
Other than Charlito Baker, Jovenel Moise is the only canidate with a firm foundation in business that could help us get away from today’s disaster.
Jovenel Moise – NEG BANNAN – is an agronome; a successful commercial agronome, who has generated a base upon which an expanding future can be built. He is also focused upon our ecology, a life-threatening challenge for all of us.
What do the others bring?
Moise Jean-Charles is a loud-mouthed terrorist whose only claim to fame is being Mayor of Milot, killing a few people, and a base in the cocaine trade. He says he is, and always has been LAVALAS. He has also accepted a fortune, from the Dominican Republic – to destabilize the elections.
Jude Celestin has managed to coordinate the operations of Amarol Duclona, who murdered on command. Amarol Duclona  murdered – among many – a French Consul and Bob Moreno, chief of CNE. Celestin then took over CNE. There is a message here as he and Preval skimmed millions that Moreno refused to do.
THE FRENCH HAVE A DOSSIER THAT FILLS AN ENTIRE FILING CASE ON DUCLONA – CELESTIN- ARISTIDE- PREVAL!!!
Maryse Narcisse brings nothing to the table, other than Aristide endorsement. And we all know that Aristide has continually refused to endorse anyone with ability. He jokes about Narcisse in private.
The other half-million presidential candidates filed their papers only to get the cash given by the government – to candidates.
Now, we have arrests, and fights over all the money these “synthetic” candidates have stolen, rather than spend the money on elections costs. I suppose a new Land Cruiser could be charged as an election cost.
The International Community keeps mouthing the words “Free and Fair Elections…’
Now is the time to put up, or shut up!
Jovenel Moise has won the election – freely and fairly.
It would be a fatal crime for the International Community – under pressure from the losers – to force some Mickey Mouse solution to what is a plain and simple fact.
JOVENEL MOISE – NEG BANNAN – IS THE NEW PRESIDENT OF HAITI!!!!
AND – EVEN THOUGH WE ATTACK THE MARTELLY GOVERNMENT – MICHEL HAS NEVER KILLED ANYONE!! THE SAME CANNOT BE SAID FOR LAVALAS, CELESTIN, MOISE JEAN-CHARLES OR PREVAL. NARCISSE IS SIMPLY A SURROGATE FOR LAVALAS TERROR 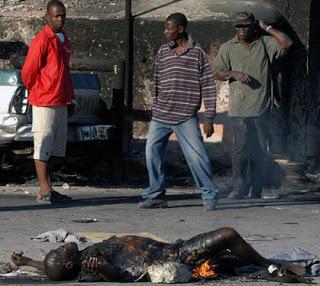 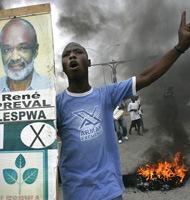 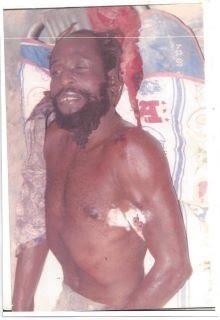 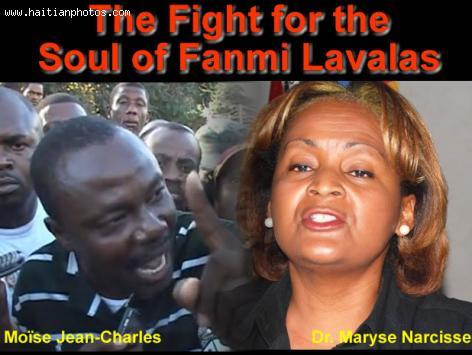 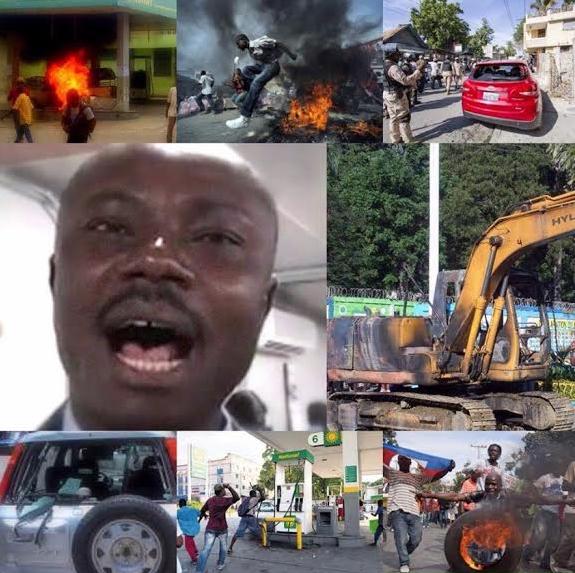 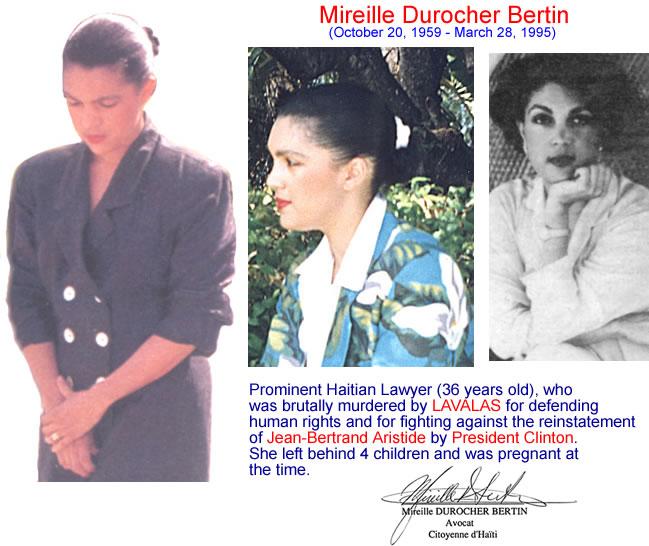 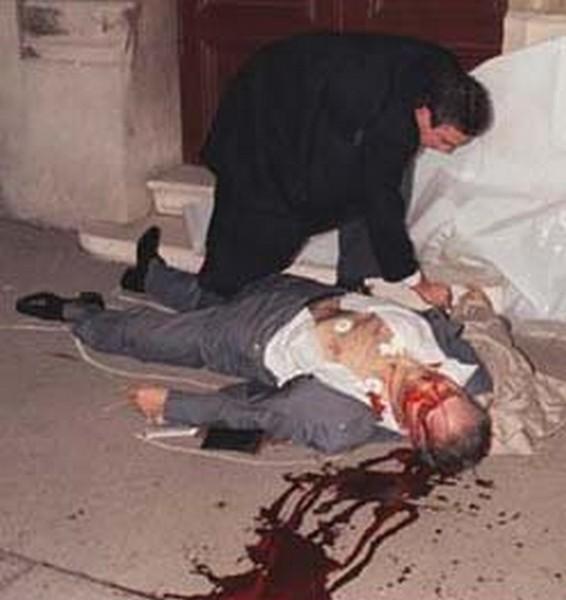 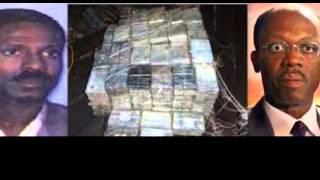 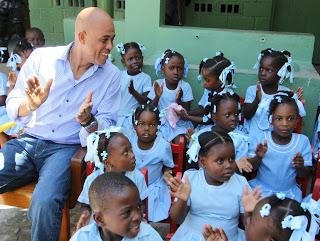 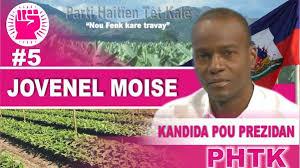