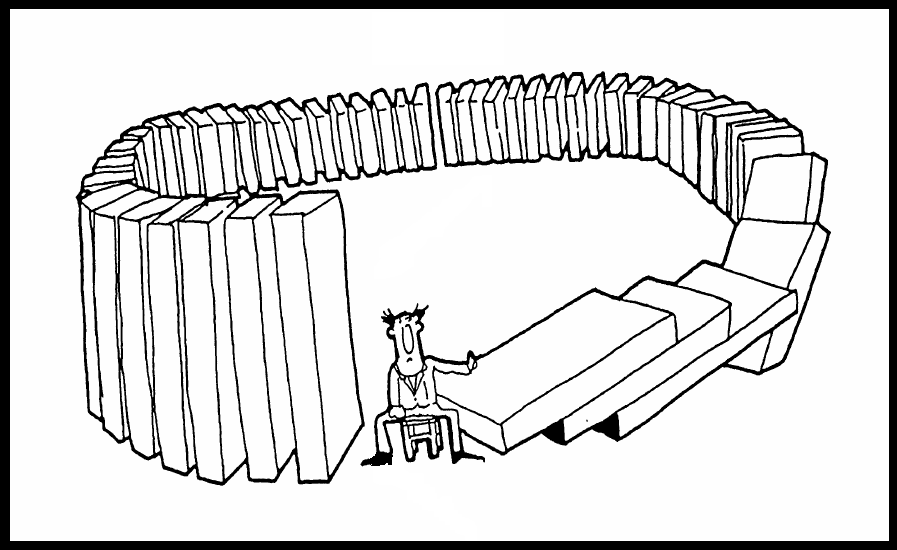 ONE SENATOR CAN DO IT!! 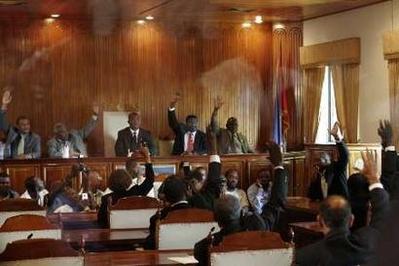 It has often been said that the really important decisions, with regard to Haiti, are made in Washington.

This remains an underlying shadowy Truth.

The recently released study revealing a 30% increase in Columbia’s cocaine production has generated a major concern in America.  Balancing the American concern are factors in Haiti that see this Columbian expansion as a business opportunity!

We are at a dangerous and critical crossroasin Time that could start a chain-of-events with fatal, irreversible effects.

Our Senators could topple the first Domino,  with no appreciation of the ultimate result. The final Domino will crush them and destabilize Haiti’s present status quo – which sees the American system tolerate the cocaine traffic, within certain limits.

In effect, a Balance of Power!

Certain Senators are about to pass these limits, by blocking acceptance of Doctor Jacky Lafontant, as Prime Minister. A  positive vote for Lafontant can be instantly derailed with a single call, which changes a single Senator’s vote to the negative side.

The Senate would like to force acceptance of someone from the Cocaine Community, as Prime Minister, effectively creating a Narco-State, overseen by a board-certified member.

By toppling this first Domino an implacable march into the Abyss will be set in motion. Once launched, it cannot be stopped, until the final Domino crushes its initiators in Haiti.

Some in our Parliament say   “We don’t know him (Lafontant),”   although as he functions in our Haitian community  as  a well-known doctor,  and ex-President of Haiti’s Rotary Club, with potential, influential contacts throughout the world’s business community. As an example,  phone call, from Prime Minister Jacky  Lafontant, to associates in the International Rotary Club, and he could solve  Haiti’s overwhelming health/sante situation..

Balancing these minor positives, we realize Lafontant doesn’t have many friends in Columbia, own boats for the Miami trade, move containers across the Dominican/Haitian border, or engage in other commercial activities, limited to a certain circle in our society.

People here have become so complacent that they fail to realize America is tolerant of the cocaine traffic – with limitations.

The Americans are pragmatists.

During the eighties they could have snuffed the business out with a minimal investment of resources. However, they did not act and allowed this situation room to expand into today’s economic reality.

Like a Profit and Loss Statement, all factors are pumped into the equation to arrive at a number of possible solutions.   At the moment we have a balance where no one wants to upset things.

But, the increase of Columbian cocaine production has entered another element into the governing equation that will see the American status quo challenged by a higher crime rate, increased national medical costs, lost work hours… and more.

If more cocaine flows into America, the Balance of Power is disrupted. Someone has to do something and Haiti’s  cocaine traffic  may be seen as a real threat to America’s society. It also present another possibility for settling other challenges to the new Trump administration.

All American President’s have an option to solve their challenges.

A SUCCESFUL MILITARY ACTION WITH LOW RISK AND FEW CASUALTIES.

Clinton was faced with many foreign and domestic problems.

The invasion of Haiti was his solution.

President Donald Trump is a man of immediate, instantaneous action, whose knee jerk reactions have left him with a large menu of problems.

Today, a small action – with 300 Marines  – could provide President Trump a face-saving event to take the  focus off  Russia, Muslims, Immigration, American Media troubles, and OBAMACARE.

He could reset his clock  with a quick, effective, inexpensive Haitian action.

300 US Marines would do it, backed by 100 DEA agents with a list, and a US Marshall’s C-130 aircraft to transport their targets!

Two birds with one stone!

Our representatives must take a strategic, long-term view of our position, and their own situations.

An immediate acceptance of Jacky Lafontant, as Prime Minister, will telegraph a special message to those, in the United states,  and International Community who are really behind this solution.

For the Senate and Chamber of Deputies to derail the immediate process must be done with an acceptance, and acknowledgement of the risks and danger they bring into focus, upon themselves.

Accept Prime Minister Jacky Lafontant as our bridge to stability.

Then, the Prime Minister, Senate and Chamber of Deputies  move forward as a partnership to meet the challenges facing our society.

That is what a democracy is all about.

1 thought on “THE DOMINO EFFECT”