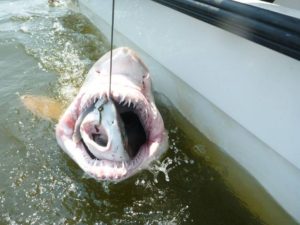 by Richard A. Epstein (Peter and Kirsten Bedford Senior Fellow and member of the Property Rights, Freedom, and Prosperity Task Force)
The film’s retelling of history comes at a real social cost. Next year, this nation will celebrate the fiftieth anniversary of the Civil Rights Act of 1964. That occasion will rightly give rise to many reflections about how far this nation has come and where it will go in the future.

One early entrant into this dialogue is The Butler, a new film by Lee Daniels. In the movie, Forest Whitaker plays the fictional butler Cecil Gaines, who worked for seven presidential administrations from Eisenhower to Reagan. The movie was inspired by the life of Eugene Allen, who did in fact serve in the White House between 1952 and 1986 under eight presidents from Harry Truman to Ronald Reagan. Days after Barack Obama was elected president, an affectionate account of Allen’s service was written up by Wil Haygood in the Washington Post. But Allen’s story stands in stark contrast to the fictional Cecil Gaines’.

A Tale of Two Butlers

Born in 1919, Eugene Allen grew up in segregated Virginia, and slowly worked his way up the butler profession, largely without incident. Unlike the fictional Cecil Gaines, he did not watch the boss rape his mother on a Georgia farm, only to shoot a bullet through his father’s head as he starts to protest the incident, leading Cecil years later to escape his past for a better future.

Instead, over a period of years, Allen rose from a “pantry man” to the highest position in White House service, Maître d’hôtel. His life was marked by quiet distinction and personal happiness. He was married to the same woman, Helene, for 65 years. He had one son, Charles, who served in Vietnam. During the Reagan years, Nancy Reagan invited Allen and his wife to a state dinner as guests. When he retired shortly afterwards, “President Reagan wrote him a sweet note. Nancy Reagan hugged him, tight,” according to the story in the Washington Post. During service, he never said a word of criticism about any president. Nor was his resignation an act of political protest.

The fictional Cecil, however, does not come to the White House under Truman, but arrives in 1957, just in time for one of the defining events of the civil rights movement—namely, President Eisenhower’s reluctant but firm decision to move federal troops into Little Rock, Arkansas, after Orval Faubus quite literally barred the school room door.

In general, the movie is full of hype. Cecil’s wholly fictional older son Louis gets involved in the civil rights movement from the time of the sit-ins through the rise of the Black Panther movement, and a younger brother, who professes pride in his country pays the ultimate sacrifice in Vietnam. Cecil’s wife, Gloria, falls prey to alcoholism and for a time has a shabby affair with the guy next door.

Gaines’ service is marked by quiet frustration, knowing that black workers suffered a 40 percent wage deficit that lasted under the Reagan years, while being excluded from well-deserved promotions. When the weight of these injustices hit him, Cecil resigns to join his son Louis in a protest movement. When Slate’s, Aisha Harris was asked “How True is The Butler?” her candid answer was “not much.”.

The Dangers of Docudrama

Why is Lee Daniels not content to tell the real story? The obvious answer is that his version makes for a better movie. Another explanation is that his tale is more downbeat so that it can belittle some of the progress that the civil rights movement has made over this time.

No one should ever deny the senseless tragedies that dogged the civil rights movement during the 1950s and 1960s, including the murders of Emmett Till in 1955, of Medgar Evers in 1963, of James Chaney, Andrew Goodman, and Michael Schwerner 1964, and of course, of Martin Luther King in 1968. But by 1986, the United States was a different place.

The Butler’s negative reimagination comes at a real social cost. Watching the movie, the viewer comes away thinking that the civil rights movement has largely failed. But the actual record is more upbeat. It is unfortunate that Daniels did not start The Butler during the Truman years. In 1948, Truman decided to desegregate the U.S. armed forces by executive order. That action would have been unthinkable at the beginning of the Second World War, given the dominant southern presence in the military. Hence, the United States had the dubious distinction of fighting Hitler’s Germany and Tojo’s Japan with segregated armed forces.

Perhaps an executive order is not cinematic stuff. But the same cannot be said of baseball’s racial integration in 1947, when a determined Branch Rickey brought Jackie Robinson up from a farm team in Montreal to the Brooklyn Dodgers. That story was the subject of 1950 movie and the more recent film 42 released this year. This transformative event was done, not through legislation, but voluntarily by one courageous man who took the risk that a major backlash might follow.

Change was happening at the state level as well. In 1947, New Jersey abolished segregation by a state constitutional amendment. When these changes are executed voluntarily, they are less likely to face the massive resistance that followed the Supreme Court’s decision on racial segregation in Brown v. Board of Education, handed down in June 1954 and itself the culmination of a long campaign that first chopped away at segregation in railroad transportation and law school education.

In time, of course, the cultural clash crystallized in the highly confrontational sit-ins that occupy much of the screen time in The Butler. It is these cases that led to the passage of Title II of the 1964 Civil Rights Act, which deals with access of all persons to public accommodations.

Its basic command reads that all persons are entitled to ”the full and equal enjoyment of the goods, services, facilities, privileges, advantages, and accommodations of any place of public accommodation, as defined in this section, without discrimination or segregation on the ground of race, color, religion, or national origin.”

To most people, the argument in favor of this section is easy enough to understand. These rights are basic entitlements of citizens, and die-hard segregationists abridged them. The sustained moral indignation directed to segregationists in the movie is deserved. But some of the long-term legal implications of Title II of the CRA are more difficult to unpack.

My take runs as follows. In general it is a mistake for any government law to require one private person to do business with another against his will: the principle of freedom of organization is fundamental to a just society. The major counterweight to that, on classical liberal theory, is in cases of monopoly, which meant in bygone days railroads and inns on isolated roads.

At first blush, there are no such monopolies in luncheon counters. Standard neoclassical economics predicts that some firms will cater to African American clientele if others choose to shun them. To that confident prediction, the obvious reply was, that just didn’t happen. It is at this point that the true horror of southern system of segregation becomes clear. The old south was a closed society, which did not allow for the free entry of these competitive firms that would have transformed its culture.

It had two means of enforcement: (1) Private violence backed by a police force that either turned a blind eye to private force, or openly backed it, and (2) state regulatory bodies that could use their power over public utilities like power and light to punish those firms that broke the color line.

A solution to this problem neutralizes these two forces and then lets entry do  its work. But in a federal system, it is hard for the central government to use its limited powers to exert so fundamental a change. The bottom line, therefore, is either to impose the duty from without or watch the system of southern dominance chew up its citizens by propping up the status quo ante.

The question then arises of how best to change the system. As a rhetorical matter, the only path that works is an appeal to fundamental rights. No argument about institutional imperfections could put the public accommodation provisions over the top. Indeed, it is worthy to note that the national businesses subject to these regulations often begged for federal intervention under Title II as a means to neutralize local pressures that kept them from integrating. Indeed, the success of Title II has been so great that the provision enforces itself, so that direct regulation and private litigation occupy only a tiny corner of that world.

Nonetheless, the flawed conceptual arguments for Title II did create serious complications in others areas. The parallels to private housing and to employment are not nearly so easy to draw. In the early years, the insistence on color-blind employment relations actually had the unfortunate effect of limiting private affirmative action programs when businesses and unions came, rightly in my view, to see these as social imperatives in the aftermath of the violence of the 1960s. On the other side, the constant use of disparate impact tests in education, housing, and employment led to an overreach by the new civil rights establishment of today.

My quarrel with The Butler is that its wrong narrative of the evolution of race relations serves to strengthen a set of misguided government programs at a time when it is no longer possible to bless all actions of the civil rights movement.

Richard A. Epstein, the Peter and Kirsten Bedford Senior Fellow at the Hoover Institution, is the Laurence A. Tisch Professor of Law, New York University Law School, and a senior lecturer at the University of Chicago. His areas of expertise include constitutional law, intellectual property, and property rights. His most recent books are Design for Liberty: Private Property, Public Administration, and the Rule of Law (2011), The Case against the Employee Free Choice Act (Hoover Press, 2009) and Supreme Neglect: How to Revive the Constitutional Protection for Private Property (Oxford Press, 2008).

Letters to the editor may be sent to definingideas@stanford.edu. Editors reserve the right to reject or publish (and edit) letters.