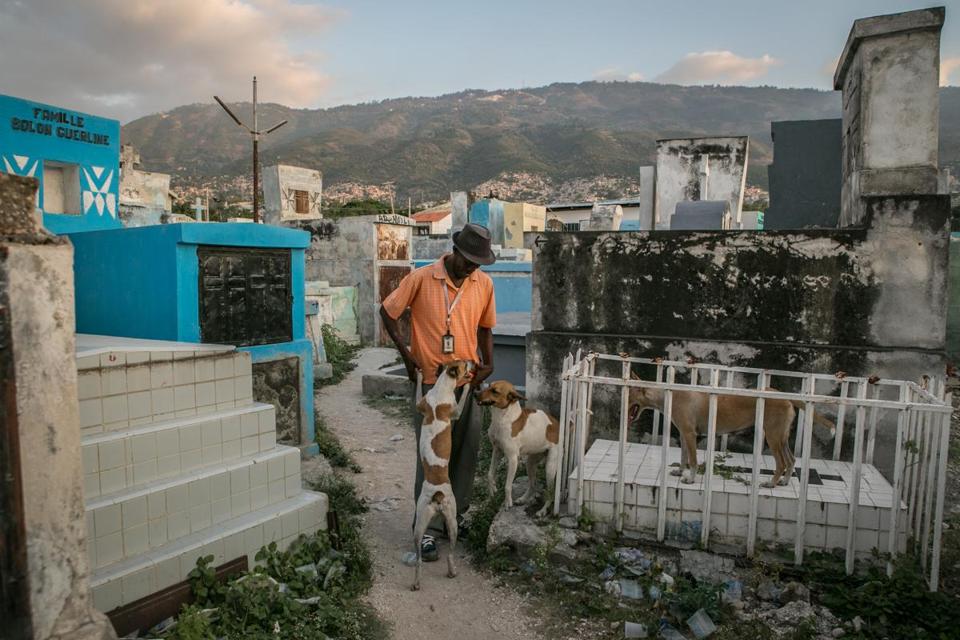 Frantz Durand, a guard and guide at Le Grand Cimetière, with some of the dogs that run loose in the cemetery.

Although it’s been long associated with the dark and dreadful, voodoo is very much a celebration of life and nature. And just like there’s another side to the age-old religion, there’s a vibrancy to life in Haiti that’s been overshadowed by its troubles.

Haiti is in the midst of redoubling its welcome to tourists, and is doing so by capitalizing on its unique culture.

The only country in the world to have executed a successful slave revolt, Haiti held fast to its traditions in a way its neighbors weren’t able to do under the influence of colonizers according to Jean Lionel Presser, who operates the company, Tour Haiti.

“Haiti is so well placed, because of its culture and because of its history, which is unbelievably rich,” he said. “We have something special in the Caribbean.”