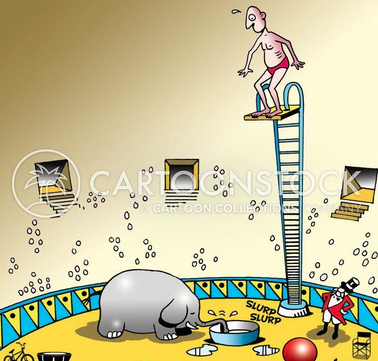 Haitian officials accuse the suspects of meeting to plot President Jovenel Moïse’s assassination, but participants say the sessions were intended to plan a government once the president stepped down.

BOGOTÁ, Colombia — Several of the central figures under investigation by the Haitian authorities in connection with the assassination of President Jovenel Moïse gathered in the months before the killing to discuss rebuilding the troubled nation once the president was out of power, according to the Haitian police, Colombian intelligence officers and participants in the discussions.

The meetings, conducted in Florida and the Dominican Republic over the last year, appear to connect a seemingly disparate collection of suspects in the investigation, linking a 63-year-old doctor and pastor, a security equipment salesman, and a mortgage and insurance broker in Florida.

All have been identified by the Haitian authorities as prominent players in a sprawling plot to kill the president with the help of more than 20 former Colombian commandos. But the ties between them have been murky, at best, and until recently it was not clear how, or even if, they knew one another. 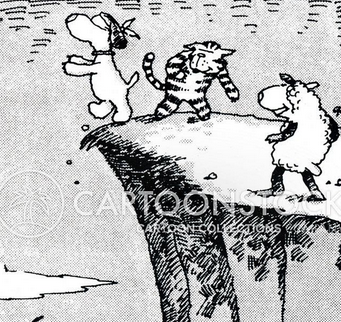 Haitian officials contend that Christian Emmanuel Sanon, a doctor and pastor who divided his time between Florida and Haiti, conspired with the others to take the reins of the country once Mr. Moïse was killed. During a raid of Mr. Sanon’s residence, they say, the police found six holsters, about 20 boxes of bullets and a D.E.A. cap — suggesting that it linked him to the killing because the team of hit men who struck Mr. Moïse’s home posed as agents of the Drug Enforcement Administration.

The Haitian authorities have taken him into custody but offered little explanation as to how Mr. Sanon — who did not hold elected office — planned to take over once the president was killed. It was also difficult to understand how he might have hired a team of mercenaries to carry out the assault, given that he filed in Florida for Chapter 7 bankruptcy in 2013.

But interviews show that several of the key suspects met to discuss Haiti’s future government once Mr. Moïse was no longer in power — with Mr. Sanon becoming the country’s new prime minister.

“The idea was to prepare for that eventuality,” said Parnell Duverger, a retired adjunct economics professor at Broward College in Florida, who attended about 10 meetings, on Zoom and in person with Mr. Sanon and other experts to discuss Haiti’s future government.

“At the time of the meetings he was, we all believed, going to become a prime minister,” said Mr. Duverger, adding that Mr. Sanon presented himself as having the support of Democratic and Republican politicians in the United States, Haiti’s most powerful international backer.

At no time did anyone discuss, much less plan, a coup or an assassination, Mr. Duverger stressed. “I would have stopped attending if anyone mentioned a coup, let alone murder.”

To the contrary, he added, the expectation at the meetings was that President Moïse — who had faced months of blistering street protests demanding his removal — would eventually have no choice but to step down. Mr. Duverger, 70, described the meetings as cabinet-style sessions intended to help Mr. Sanon form a potential transition government once that happened.

Mr. Duverger said he believed Mr. Sanon was innocent. But as for his claims to be a prime minister in waiting, he added: “I keep asking myself, there must be something wrong with me for being so naïve. I believed him. I believed that, because I believed a new transitional government was needed in Haiti.”

Among the participants in the meetings, Mr. Duverger said, were at least two other key suspects who have since been identified by Haitian officials as central figures in the plot. One was Antonio Intriago, who owns the private security and equipment company that hired the former Colombian commandos and brought them to Haiti.

The other was Walter Veintemilla, who leads a small financial services company in Miramar, Fla, called Worldwide Capital Lending Group. On Wednesday, the Haitian authorities accused him of helping to finance the assassination plot.

Haitian officials are investigating whether the president’s own protection force took part in it as well, and on Thursday the head of palace security for Mr. Moïse was taken into police custody. Colombian officials say he made frequent stopovers in Colombia on his way to other countries in the months before the assassination.

Neither Mr. Intriago nor Mr. Veintemilla, both based in Florida, responded to repeated requests for comment through their businesses and relatives. Their whereabouts, and whether the Haitians have sought to charge them with any crimes, is unknown. 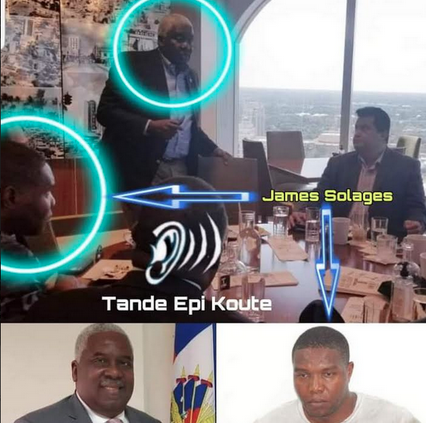 On Wednesday, Haitian and Colombian officials said that a photograph showed the three men at the meeting with another central suspect in the investigation: James Solages, a Haitian American resident of South Florida who was detained by the Haitian authorities shortly after the assassination.

It is unclear whether any of the discussions crossed into a nefarious plot that led to the death of Mr. Moïse. The Haitian police have provided little concrete evidence, and American and Colombian officials familiar with the investigation said their officers in Haiti’s capital, Port-au-Prince, had been unable to interview most of the detained suspects as of Wednesday morning, forcing them to rely on the accounts of Haitian authorities.

Another participant in one of the meetings with Mr. Sanon also said there was never any hint of a plot to kill the president. 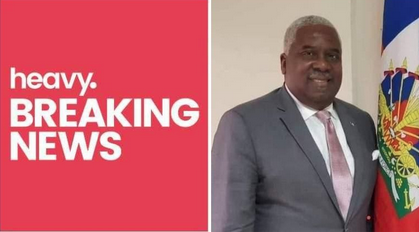 “Never!!! never!!! Never!!!” the attendee, Frantz Gilot, a consultant for the United Nations, said in a text message, adding that about 20 people were there. “Sanon introduced himself as a potential candidate,” he said, “and talked about his dream and vision for Haiti.”

More than a dozen interviews with relatives of the Colombian commandos — as well as an audio recording of how the soldiers’ mission in Haiti was presented to them — show that several of the main suspects vastly exaggerated their experience and financial capabilities, and deeply misled at least some of the Colombian soldiers they hired.

It was unclear when and the plotters turned from discussing rebuilding Haiti, and its devastated capital, to assassinating the president.Credit…Federico Rios for The New York Times

In April, Mr. Intriago’s firm, CTU Security, contacted a retired Colombian army sergeant, Duberney Capador, and asked him to put together a group of ex-commandos to “protect important people in Haiti,” according to Mr. Capador’s sister, Yenny Carolina Capador. 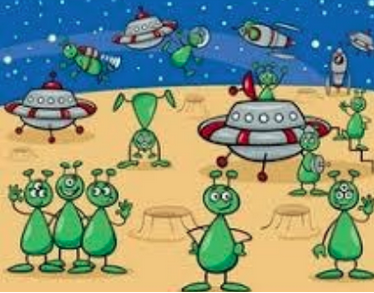 “We are going to help in the recovery of the country, in terms of its security and democracy,” Mr. Capador wrote in one recruitment pitch he later sent to other former soldiers on WhatsApp. “We are going to be pioneers.”

Mr. Capador reached out to his wide network of military buddies, most of them in their early 40s, recently retired from the armed forces and struggling to find good paying jobs in Colombia.

The New York Times interviewed 15 family members of the Colombian soldiers implicated in the attack, as well as 14 men who had been recruited for the operation but who ended up not going in June — in some cases because they were part of a second wave of men slated to arrive at a later date, they said.

In interviews, several wives of the recruits said that Mr. Capador assured the men that the operation was backed by an American company — and in some cases even told them it was supported by the U.S. government — and promised to pay the men $2,700 a month, a life-changing sum. 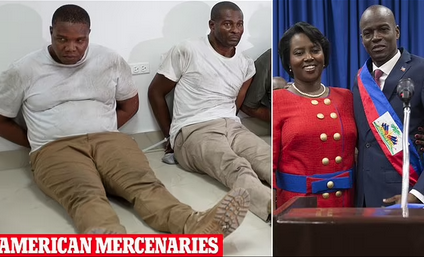 Many of the former soldiers jumped at the opportunity, agreeing to take the job even though some did not know where they were headed or whom specifically they would be protecting, according to their family members.

A group of about two dozen Colombians arrived in Port-au-Prince between early May and June 6, according to interviews with their relatives. Mr. Capador told the recruits they would be fighting criminal gangs, securing crucial infrastructure and guarding dignitaries and investors, with the backing of a major American company.

Instead, they found themselves confined to a cottage and spending the next month exercising indoors, taking English classes and cooking, said the relatives, who remained in daily touch with the recruits.

In mid-June, the ex-soldiers were introduced to a Spanish-speaking man claiming to represent Worldwide Capital, the name of Mr. Veintemilla’s company, according to a recording made by one of the men. In that same session, the speaker introduced Mr. Solages, the now detained American, describing him as a seasoned international investor leading the reconstruction of Haiti. 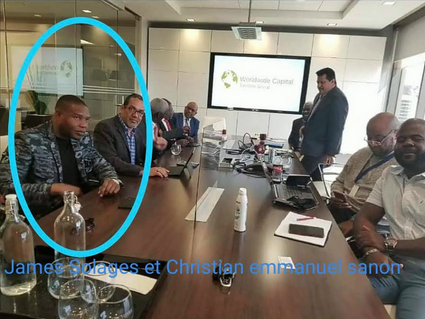 The speaker went on to present Worldwide Capital as a multinational conglomerate with 200 subsidiaries that has worked with governments on security and reconstruction in dozens of countries around the world, including the United States, Spain, Somalia and Iraq.

There is little indication that Worldwide Capital, which operates from a small suite in a suburban business center in Florida, has played a significant role in major global projects. The company’s websites, which claim to offer generic financial services such as mortgages and insurance, do not mention any notable deals.

And the owner of the company that hired the Colombian commandos, Mr. Intriago, has a history of debts, evictions and bankruptcies. Several relatives of the Colombian soldiers said they never received their promised wages.

After the assassination, 18 of the Colombian soldiers were detained by the Haitian authorities and accused of participating in the killing. Another three Colombians, including the recruiter, Mr. Capador, were killed in the hours following the president’s death.

“What happened there?” said the wife of one of the detained former soldiers, speaking on condition of anonymity out of concern for her safety. “How does this end?” 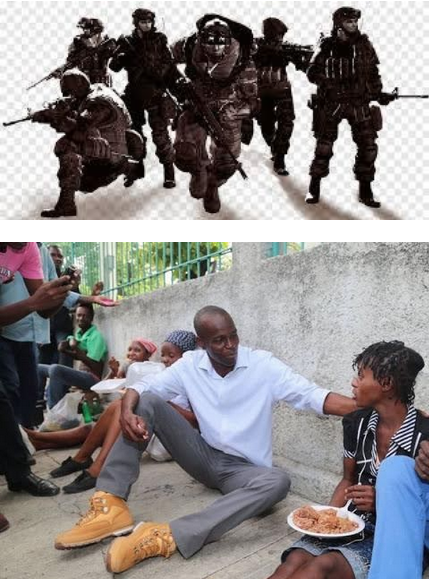 Jovenel was my friend. 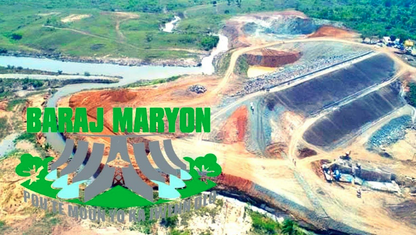 I can remember sitting alone with the President, in his residential study, discussing the situation. He talked of his promise to provide every Haitian with electricity, during his Presidency. He was a special person, with definite goals. Unfortunately, for Jovenel, and the Haitian masses, he took steps to eliminate pockets of corruption, an action that challenged the well-being of certain powerful Haitians.

These became pockets of dangerous opposition, some capable of violence.

His death was a major loss to Haiti and it’s future. 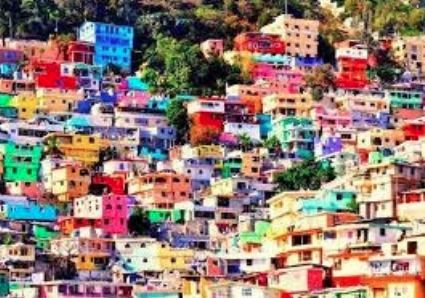