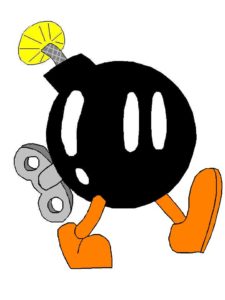 ABC is reporting that it is now almost certain Congress and the White House will not reach an agreement to avoid a government shutdown.

On Sunday’s This Week, ABC’s chief White House correspondent Jonathan Karl said, “I would now put the chances of a government shutdown at 99.9 percent” (video follows with transcript and commentary):

GEORGE STEPHANOPOULOS: Jon, hard to say how long it will last, but this makes some kind of shutdown late tomorrow all but certain.

JONATHAN KARL: Oh, that’s right, George. Positions have hardened. Time is running out. I would now put the chances of a government shutdown at 99.9 percent. It was after midnight in a raucous session last night that the House did what they did. The bill, what it would actually do, would fund the government until December, it would delay ObamaCare for one year, and it would repeal a tax on medical devices that’s part of the healthcare law. They also separately passed a provision that would fund the troops regardless of a government shutdown.

The White House response was swift, George, to Jay Carney saying, “Today Republicans in the House of Representatives moved to shut down the government.” And it’s hard to disagree with that because the Senate absolutely will not pass what just passed in the House. And George, the Senate doesn’t get back into session until 2:00 tomorrow afternoon. That is ten hours before the government shuts down.

GEORGE STEPHANOPOULOS, HOST: So, they send their bill right back to the House. What happens next?

KARL: Well, unclear, but what I am hearing this morning from Republicans is that they will still attempt to put provisions in there dealing with the healthcare law and send it back to the Senate. This ping pong back and forth will go on. No signs of compromise on either side.

STEPHANOPOULOS: And then the question is how long will that go, a couple of days, or does it stretch on maybe up to the point where we reach that second major deadline, the debt limit reach on October 17? Far more serious, but does this back and forth make it more likely that we’ll avoid a confrontation over the debt limit?

KARL: Well, there are two schools of thought on this. One is that this works out so poorly for the Republicans that they realize they can’t go to the brink again with the debt ceiling. On the other side of this, George, positions have gotten so hardened here and there’s such division that it’s hard to imagine a compromise on the debt ceiling either. That said, I should tell you that aides to the Speaker of the House tell me that they are confident that the debt ceiling will be dealt with, that there will not be a default. I just can’t see exactly how we get there by October 17.

It appears the folks at ABC News forget that the last two times we faced similar situations concerning the budget – August 2011 and December 31, 2012 – midnight hour deals were struck to avoid what the press claimed were looming calamities.

Also of note, this time much as the last one, the stock market appears completely unfazed by what’s going on in Washington. Once again the hyperventilating media are ignoring the fact that the market closed very near an all-time high Friday indicating that Wall Street as well as global investors don’t believe what’s happening on Capitol Hill will impact the economy at all.

Unfortunately, that’s not going to prevent media members such as Stephanopoulos and Karl to claim the sky is falling, and it’s all the Republicans’ fault.