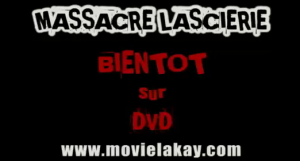 The final decision rendered in the town of St. Marc by investigating judge Clunie Pierre Jules, in charge of the case of La Scierie concluded that there is enough evidence to indict former Prime Minister Yvon Neptune and 20 other people, including former Lavalas Ministers of Interior and Justice, Jocelerme Privert and Calixte Delatour.

The decision was forwarded last Thursday to Prosecutor Lesley Jules.  The report concluded that there was not enough evidence to indict 30 other people, including former President Jean Bertrand Aristide and his Secretary of State for Communication, Mario Dupuy.

In the findings, the judge rejected the characterizations of genocide and armed conflict, used by some people to describe  the violence that took place in St. Marc from the 9th to the 11th of February 2004.  Rather, Judge Clunie Pierre Jules characterized the incident as a massacre, establishing the fact that, during the sad days of February 9 to 11, 2004, several defenseless people were assassinated in a cowardly manner by members of the organization ?Balé Wouzé,? headed by  former parliamentarian Amanus Mayette, elected in the disputed election of 2000. The massacre was carried out by armed civilians from Port-au-Prince and policemen, some of whom were found on board a helicopter from the National Palace.  They shot at people fleeing the violence, who were trying to take refuge at Morne Calvaire, a neighborhood close to La Scierie.

The theory of an armed conflict could not be proven since there were not victims on both sides and that of a genocide lacked enough technical evidence to support it as well, declared the Investigating Judge.  The judge?s report is categorical.  There was no armed insurrection in St. Marc.  The police force willingly abandoned its post.  The February 11th fire that consumed the clinic belonging to Yfto Mayette, first cousin of the  leader of ?Balé Wouzé? was set in order to justify the beginning of hostilities.  This was admitted by the doctor himself in the judge?s chambers.  This clearly implies that the fire was not set by members of the opposition to Aristide.

The judge, however, recognized that the findings have some discrepancies, possibly leading to some controversy.  The report refers to an American missionary called Terry Snow, Director of ?Jeunesse en mission,? who made several attempts to intervene with the leaders of the organization ?Balé Wouzé? in order to save lives and make peace.  Terry Snow speaks, with supporting photos, of approximately 100 dead and 45 homes burned down.

Two young women, Anne (34 years old) and Kétia (22 years old), searching for their boyfriends who were kidnapped and killed during the massacre, were raped on the floor of the police station in St. Marc by members of ?Balé Wouzé.?

Three adolescents captured by members of ?Balé Wouzé? were tied with a rope and thrown alive from the helicopter into the sea at Amaniy-Les Bains; their bodies were found.

Two people in the helicopter were decapitated and their bodies were thrown out into thin air.

The octogenarian Luc Paultre was seriously burned during the fire on February 12th in his home.  The following persons, Somoza, Vickès, Ti Jean Claude, Ernst Pascal, Biron, Amanus and Armstrong, broke into Pastor Daméus Anulaire?s home and captured Kénol St-Gilles, who had taken refuge under a bed after he was shot in the leg.  They threw him alive into a fire, before his mother?s eyes.

The husband of Yvanne Clairvoyant, who had just delivered a baby 15 days earlier, was decapitated with an axe and thrown into a fire.

Nickson François was tied to a pickup truck and dragged across town.

The final report referred to a forensic police report dated May 27, 2005 which indicated that human bones and cadavers were found in Montrouis and Etang Bois Neuf.  The events, described in detail in the report, occurred following a visit on February 9th to St. Marc by Prime Minister Yvon Neptune.  This visit was prepared by the contested parliamentarian Amanus Mayette with whom Yvon Neptune met at the police station accompanied by the two adjunct mayors of St. Marc.  One of them, Paul Pollys, maintained during a hearing at the judge?s chambers that he had to leave after having measured the depth of the Prime Minister?s silence to his proposals to resolve the problem peacefully, instead of relying on violence as practiced by the members of ?Balé Wouzé?.  The meeting, described by the mayor as secret, continued between the Prime Minister and Amanus Mayette, who took charge of the operation the very next day.  At the end of the meeting the Prime Minister addressed local and foreign journalists in English.  When he arrived in Port-au-Prince, he declared the very same day to the government press that he had just ?restored order? to St. Marc.

The statements made by Yvon Neptune during the hearing at the judge?s chamber revealed flagrant contradictions that raised the judge?s suspicion.  The report cites witness testimony about the key role of Amanus Mayette in the violence and, at the same time about his close relationship with the Prime Minister throughout the period when these actions took place.

The report has a total of 146 pieces of evidence, including complaint letters, witness interview transcriptions, interrogations, field investigation reports, decisions of the Supreme Court, reports relating to multiple telephone calls between Yvon Neptune, high government officials, Conseil Superieur de la Police Nationale, and between the police and the perpetrators at the very moment when the operations took place.

From February 7th to 13th 2004, Yvon Neptune?s cell phone, #558-1631, was used for 34,187 seconds or 9 hours 33 minutes and 46 seconds.  21,319 seconds of this time were used to make calls to leaders of police or security forces and members of ?Bale Wouze? in St. Marc, including Amanus Mayette.  The following people were called:  Jean Gérard Dubreuil, Secretary of State for Public Security ; Jean Robert Esther, Central Director of General Services, responsible for financial matters at the Haitian National Police (PNH); Frantz Gabriel, police commissioner and pilot of the helicopter ; Oriel Jean, responsible for security at the National Palace ; Amanus Mayette, principal leader of ? Balé Wouzé ? ; Biron Odigé, coordinator of the same organization, director of the National Port Authority (APN) in the city ; Barthélémy Valbrun Jr, director of security services at the National Palace (USP-USGPN- Cat Team) ; Roland Dauphin (alias Black Ronald), self-proclaimed commissioner of St Marc at the time of the events.