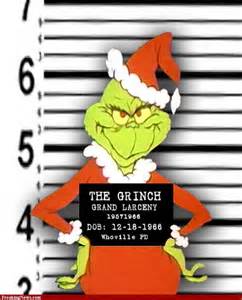 It is a commonly known fact that Sophia Martelly, and members of her family, especially Kiko Saint Remy, do not like Prime Minister Lamothe. These feelings are shared by other insiders, including Thierry and Gregory Mayard Paul, Valerie Milfort, and more.

In spite of pressures, the Martelly/Lamoth alliance remains firm.

Sophia’s people are willing to act on their personal, selfish agendas even when these agendas are against the best interests of the Nation. They are willing to create chaos, instability, financial problems and – perhaps – death.

Every president seems to have a family member who is an embarrassment. Jimmy Carter had Billy… Nixon had Edward, Clinton had a brother-in-law, and Martelly tops them all with Sophia, Olivier, Kiko and Bebe all making it difficult for him to be as good a President as he would like to be. Without these negative influences, Michel Martelly would be much, much better, as our President.

One would think that these people would be on their best behavior, in order to make the Martelly/Lamothe Presidency the best. Instead, we see his in-laws, and some insiders, in a race to see who can be the greediest, tempting a legal system that contains members who would like to see them jailed.

Kiko, Theirry and Gregory Mayard Paul brought Moise Jean-Charles, back into the country, to organize problems for Prime Minister Lamothe November 18, and beyond. Arnel Belizaire is also a member of this team. They have organized a manifestation for November 18, against Laurent Lamothe.  Even as I type this, a couple of thousand paid people are wandering along a path from St. Jean Bosco, to the National Palace, led by Kiko St. Remy, Arnel Belizaire and other good citizens.

1:57 P.M. Radio Metropole reports people killed (3 to 5 depending upon reports) in manifestation. This is an old Lavalas trick. Put people on the street and kill a few. Get more media coverage and blame it on Lamothe.

14:20 Radio Metropole has Kiko  St. Remy saying he is participating in the manifestation. Radio Zenith reports Kiko as saying the Prime Minister Lamothe paid the people to shoot others.  A mirror image of the old Lavalas trick, first used April 26, 1986 when people inside the crowd, from Sacre Couer to Fort Dimanche, shot others within the march to blame the Military.

Replace Stability and Peace, with Instability, Chaos and Fear!! During the Aristide/Preval period even the dogs were off the street by 7 PM.

The past week has seen what can only be described as an anti-government group, meeting with Sophia’s team in our National Palace, planning the removal of Laurent Lamothe as Prime Minister. OPL and other Lavalas names are prominent – just what we need, a return to Lavalas/Aristide!!! Some say Rene Momplaisir has been revived.

Sophia is so stupid that she does not realize – without Laurent Lamothe  – President Martelly will fall within a month or so.

In other countries, these people would be arrested and jailed.

Sophia is so blindly focused on Lamothe, and so greedy for power/money, that she sees herself as a candidate for the Presidency. Of course, she thinks the fact that she is an American citizen, will have no effect. Some suggest that she has renounced her citizenship. This action is not so simple. In order to effectively renounce citizenship, a person must obtain a release from the American Internal Revenue Service.

An American citizen, or Resident Alien, must declare their global income, even if no tax is due. Sophia has illegally and perhaps legally accumulated millions since Michel Martelly became President. She has not declared these funds and the IRS will not forget this oversight.

Al Capone, the notorious American Mafia king was imprisoned for life, not for murder, prostitution, drug traffic, or parking violations. He was brought down by the IRS for non-declared taxes.

Sophia’s clone, Valerie Milfort, is related to the Bazins and Richard Morse. This team has generated negative articles, against Lamothe – in the hope of bringing Gary Conille back – by the renowned Haitian criminal Leslie Pean, noted for his $60,000,000 theft from the World Bank. http://unionnationale.ht/leslie-pean-attacks-martely-in-haitian-media-but-let-us-look-at-peans-record-a-record-many-say-is-criminal/

They have also generated a Congressional appearance by Richard Morse with the promise of a lower price on the Olafson Hotel. Richard is Michel Martelly’s cousin, and walked away when he couldn’t benefit from the relationship, as he had hoped to benefit.

Richard Morse is a neat guy who was a rabid Aristide supporter, no matter what….until Aristide ordered Richard to send his wife as a “gift.” Aristide had the habit of ordering sex from a variety of ladies, including a famous singer who was left naked, on a street corner, by Aristide’s security detail.

To avoid misunderstandings, I must say that – this time – the singer was female.

Apparently, the price was too high and Richard joined the anti-Aristide team.

At a time, when all Haitians should be looking to maintain a stability required for survival/progress, we – yet again – have a few whores who will sell Haiti for a few pieces of silver.

Haiti needs the survival of our Martelly/Lamothe government, carrying us through the electoral process and into the future.

As they say in vaudeville – “It isn’t over ‘till the fat lady sings.” Sophia is practicing on a daily basis but her tune remains a discordant, off-key, fingernails on a blackboard irritation.

5 thoughts on “SOPHIA THE GRINCH WHO STOLE NOVEMBER 18”