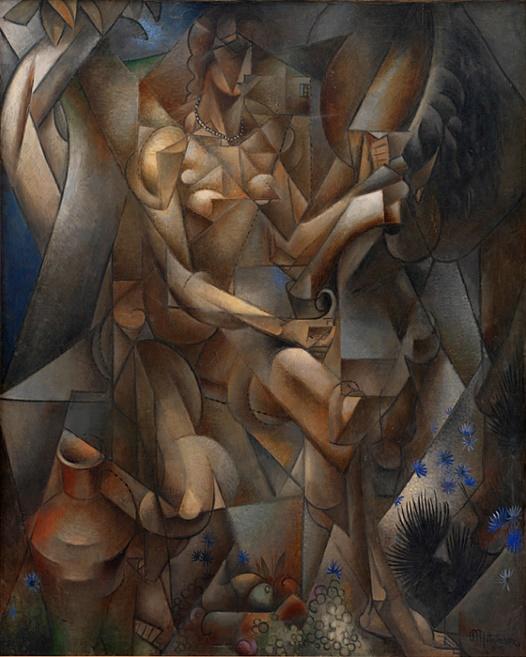 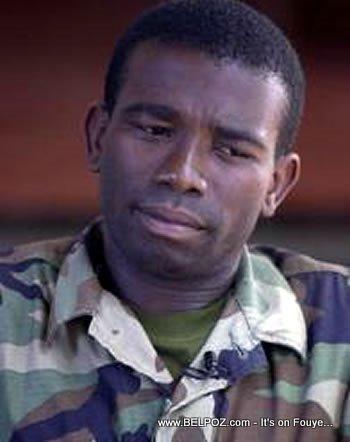 We are being treated to a line of propaganda to the effect that there was an ongoing, and concerted effort to capture Guy Philippe.

This is not true and one must understand the mechanics, and motivation behind the original indictment.

It was/is purely political and –  we believe, based on some very good information –that it involved perjury, and false evidence, generated at the highest level,  but this would be impossible to prove since agencies have “codes of silence” and many of those involved have retired or passed on to other duties.

The trail has become impossibly blurred.

Here are the facts, the real facts.

The DEA requested permission, from President Preval, for an operation to grab the Mayor of Miragoane who was heavily involved in the cocaine business.  Preval agreed, but insisted that Guy Philippe’s name be added to the operation. This was done, perhaps without anyone in Washington knowing.

Guy Philippe, with American support, or the Americans, with Guy’s support moved to remove Aristide from power during the spring of 2004. This effectively bloodless action – since depicted by media outlets – like the MIAMI HERALD and ASSOCIATED PRESS – have promoted it as a bloody coup – which it wasn’t.

The Nation was frightened by Aristide murderous government and wanted him gone. There was no mechanism to do this, so Guy Philippe and a few others filled this vacuum, coordinated by an American Major General who flew with Guy, to Panama, for delivery of equipment required.

With Aristide gone, Guy Philippe would have become President had an election been held, as required by Article 149 of the Haitian 1987 Constitution – within 90 days of Aristide’s departure. The American embassy did not like this concept and moved to create the incompetent Interim Government of Gerard Latortue.

But, in recognition of Guy Philippe’s actions, in support of his people, in the removal of the murdeer Aristide, American President George Bush personally authorized the award of America’s Distinguished Service Mdal to Guy Philippe. This is America’s highest, non-combat award, and is reserved for those who do something very special at a very high level. Most recipients are 4 star generals!! 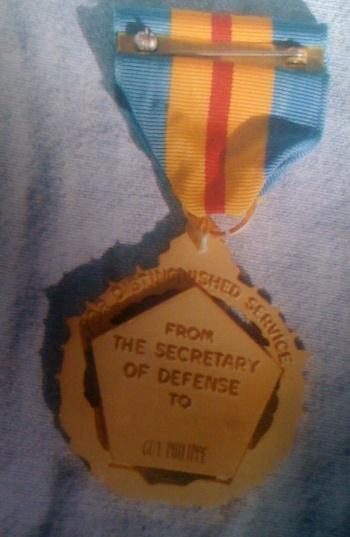 That is now past history, but this past history has left indelible footprints across the Haitian scene, after Aristide/Preval recognized the danger Guy Philippe presented.

Preval and Aristide moved to remove their Nemesis  – Guy Philippe – from the equation by having him indicted for cocaine trafficking. As the Government of Haiti, with ties directly to the Clinton Conspiracy, this was not difficult.

But many, within the American system, not aligned to the Aristide/Preval Axis, knew the facts and did their best to derail moves against Guy Philippe.

The indictment existed but was left sitting in the files, with a few, unfocused actions to make it appear that something was being done. 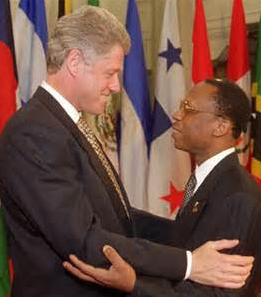 Immediately after Aristide’s departure, a detailed letter was sent to the American ambassador, by someone knowing the facts, who was in day-to-day contact with Guy’s forces, and those of Danny Toussaint, detailing the Guy Philippe situation. A search of embassy files will reveal this 4 page item which resulted in meetings between the writer, the Defense Intelligence Attaché and DEA control.

MIAMI HERALD QUOTE: “Just months after a U.S. grand jury indicted ex-Haitian rebel leader Guy Philippe on drug-trafficking charges, federal authorities attempted to trick him into accepting travel documents that would bring him to South Florida — and into the arms of the law.

This is really a case of misdirection.

During 2006, after the indictment had been generated, Guy Philippe visited the American embassy, in Port-au-Prince on a number of occasions and was in telephone communication with key members of the team that is now claimed to have been seeking his arrest.

The Preval-generated helicopter attack was so crude an obvious that it warned everyone about what was underway and a “blind, crippled deaf-mute” would have sensed the attack and moved to safer places.

I mean, give me a break guys!! 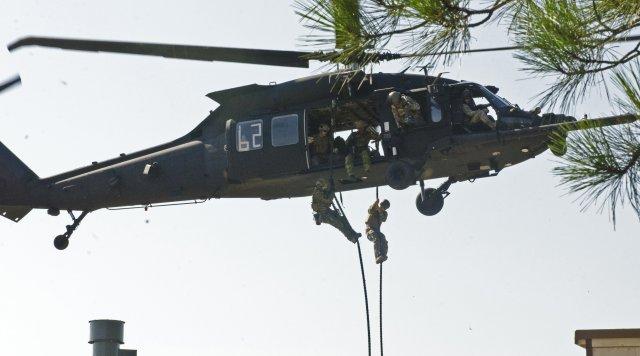 Two Blackhawk helicopters, with no registration, full of heavily armed black outfitted attackers, backed by a convoy of vehicles, full of armed dudes, operating into an area where a stray dog from an outside community is recognized for what it is – an outsider! 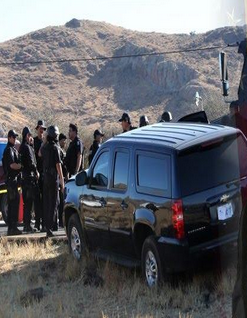 This strike force was sent by the American government to grab a drug-dealer in Miragoane who was mayor, owned a hotel and a lot of other things.

Sort of like Cholzer Chancy our Chamber President, but they aren’t bothering him, even though someone recently did an investigation and found he owned something like $30,000,000 in real estate, acquired on a 600 Haitian Dollars per month salary, before he managed to be elected to Parliament where he rakes in something like $400,000 USD per month.

Like Aristide’s explanation of his $1,500,000,000 nest egg, Cholzer could claim to have written a book and generated royalties.

The DEA could have put a couple of agents in a car, and driven to Miragoane for the man’s arrest. Local PNH offices would have assisted.

But no, the Americans wanted a show of force to send a message to other drug dealers, when the only show of force each would understand is their personal arrest. Someone else does not count.  otherwise many of our leading citizens would be living in the States, at the American government’s expense.

The natives of Pestel stood and watched the show, which added a little excitement to what would have been an otherwise dull day. Guy stood close by, among the villagers, watching the stage play unfold. Another black face, among a wall of black faces, unnoticed by the American invaders.  Sounds racists but, the scenario was predictable as a swarm of white Americans descended from the clouds upon a somewhat primitive setting like Pestel.

Guy Philippe has lived his life, since Aristide’s removal in 2004, working to help his community in Pestel. He has created a hospital, school, and works constantly to better the life of his people. When Hurricane Matthew hit Haiti, washing away much of the infrastructure, and almost all of the season’s crops, the south was badly hit.

There was no shelter.

Privert personally blocked movement of aid into Guy Philippe’s district, because of his Lavalas orientation, close ties to Aristide/Preval and personal animosity towards Guy. People starved to death, because of this, and continue to die, even though Privert has stepped down, after stealing a final $8,000,000 Taiwan paid him for Haiti’s UN votes of some subject focused upon Taiwan.

The American government, and the people of Haiti, owe Guy Philippe, and his small “Band of Brothers,” an eternal debt for their small action that removed the Aristide dictatorship. 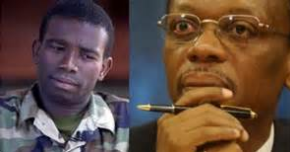 Instead, they have been forgotten – “Yesterday’s Heroes,” as the greedy move on with their lives, generating profits, smuggling cocaine, stealing funds from our Haitian childrens’ education.

Preval was toasted as a hero, during his funeral, people forgetting his leading roles in thefts of $198,000,000 from Petro Caribe, the murders of Mireille Durocher-Bertin, Jacques Dominique,  and Robert Marcello, the French Consul, two murdered by Preval hit-man Amaral Duclona, and a host of other personality flaws.  He was involved with the cocaine business and the flow passed into Haiti under the vigilance of his office, but nothing has ever been done about this, or Aristide total control of the cocaine trade, during his Presidencies.

The “Cocaine Kingpin” Jean Bertrand Aristide lives in opulent splendor at Tabarre, on a 50 acre estate, 40 acres of which were acquired by the his murder of previous tenant Gonzales, head of Air Haiti.

And now the might of the American Monolith focuses upon their ex-ally Guy Philippe, who did a service for them that should see them eternally grateful.

For Americans Eternity is short-lived, as in the case of Guy Philippe.

His trial, along with many embarrassing revelations,  detailing American lack of loyalty, or Word, will be a lesson to those who may be asked for assistance in the future.

The American prosecution should act, as they did in the case of a truly guilty guy, America’s informer PNH officer Evens Brilliantz, and make a weak presentation of their case, allowing an easy acquittal.

Face would be saved and Justice served.

Guy Philippe could return to his family, and his people, and his Nation  who need him.  Guy has much to do for all of them, as he continues to follow his conscience and dedication to doing the right thing.

A forgotten concept, but one that should be revisited.

Guy Philippe stands for what he believes in, against the ever-changing chameleon of American values and morality. 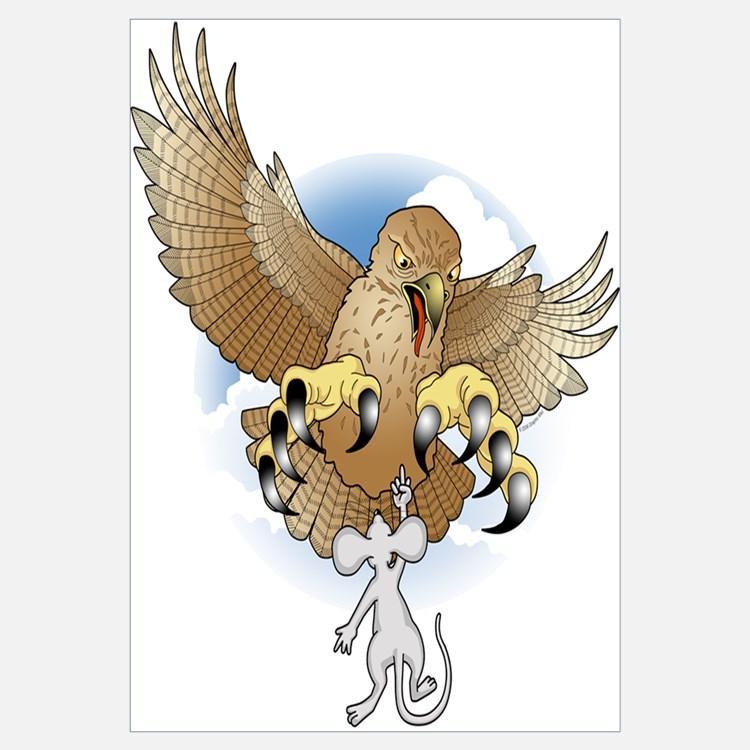 MIAMI — A trial on U.S. drug trafficking charges has been delayed a month for a former Haitian coup leader and recent senator-elect in that country.

A Miami federal judge granted the delay Thursday for Guy Philippe, whose lawyer says she needs more time to go over prosecution evidence. The trial was reset from April 3 to May 1.

Philippe has pleaded not guilty to drug smuggling and money laundering conspiracy charges that carry a maximum life prison sentence.

Philippe led a 2004 uprising that ousted then-President Jean-Bertrand Aristide. In November, he was elected to the Haitian Senate but was arrested and brought to the U.S. in January, four days before officially taking office.

Philippe unsuccessfully claimed his status as an elected official gave him immunity from the U.S. charges.

2 thoughts on “SMOKE AND MIRRORS AS PROSECUTION PAINTS DISTORTED IMAGE OF GUY PHILIPPE OUTRAGE – NOW DELAYED UNTIL MAY – A RETREAT??”