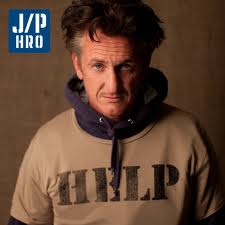 A country club golf course that became a refuge for tens of thousands of people left homeless in Haiti’s capital by a 2010 earthquake is clearing out the remaining residents by this weekend.

Rachel Beach, an aid worker who is handling a relocation effort carried out by actor Sean Penn’s humanitarian group, J/P Haitian Relief Organization, said the several dozen people still in the settlement are expected to leave by Friday.

They either will get or already have received a $500 rental subsidy, obtained from a local bank, to help them find a new place, along with an extra $40 for transportation and $110 to ease the move, Beach said.

“People will be moving out in the next hours and days,” Beach said.

The camp was erected on Haiti’s only golf course, the Petionville Club, in the days and weeks after the 7.0-magnitude earthquake clobbered the capital and other cities in the south, killing tens of thousands of people.

The nine-hole course swelled to an estimated 60,000 people but became famous largely because Penn assumed responsibility for the settlement as he founded J/P Haitian Relief to help people return to their old neighborhoods.

The relocation effort was criticized early on for encouraging about 5,000 people from the camp to move to Corail-Cesselesse, an arid field about 15 kilometers (10 miles) north of Port-au-Prince.

Still, Penn’s involvement in Haiti’s reconstruction effort prompted President Michel Martelly to appoint the actor as an ambassador-at-large for Haiti.

It’s not clear what the owners of the Petionville Club will do with the land. William Evans III, president and managing director, didn’t respond to requests for comment.

As many as 1.5 million people lost their homes in the earthquake but the number of camp residents has dwindled to about 146,000, the International Organization for Migration says.

The clearing of camps like the Petionville Club signals a return to life for Haitians. One public plaza that housed quake survivors will serve as the stage for a New Orleans jazz band, the Soul Rebels, this Friday.

Housing advocates worry that lives of people displaced by the quake haven’t improved much despite the drop in camp populations. Rent subsidies will end within a year and it’s unclear if people will be able to afford rent after that.

“This is not meant for a long-term solution,” Beach said. “It’s kind of a first step. It’s to get them in a house where they can close and lock a door, secure their belongings and go search for a job.”