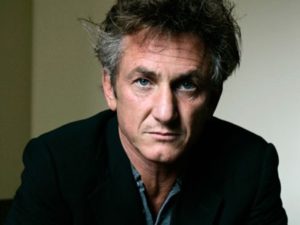 Government spokesman Lucien Jura told The Associated Press that Penn’s J/P HRO group will begin the demolition in the next 10 days. The group is not charging for the work, which is expected to take about two months, Jura said in an email.

“Amb. Penn mentioned that his organization (J/P HRO) could provide the engineers and equipment to do the demolition at no cost to the government,” Jura wrote in an email, referring to the position that Penn holds as ambassador-at-large for Haiti.

The earthquake toppled hundreds of buildings in the capital of Port-au-Prince and in other cities to the south. The National Palace was among them, its white dome and the rest of the structure slowly falling into itself.

The collapse forced government officials to work from a tiny police station near the international airport after the earthquake, coordinating the arrival of aid. Authorities now conduct day-to-day operations from a cluster of pre-fabricated buildings on the grounds of the National Palace.

The crumbled National Palace has come to symbolize the level of devastation caused by the quake as well as government inertia.

But Penn’s group hopes the demolition will mark a turning point for Haiti as it works with the government and a department in charge of preserving historical monuments. The effort will include both construction machines along with workers using their hands, said Ron Baldwin, the group’s executive director.

“It’s an important project, an important step for the government, for Haiti, for the people of Haiti to move on,” Baldwin said by telephone.

Baldwin declined to give a value on the cost of the demolition, saying the budget was still being worked on.

It’s still not clear what will follow the demolition. Government spokesman Jura said officials had not decided on how to replace the government building, which has had to be rebuilt before.

While still under construction, the Beaux Arts structure was burned by a mob that assassinated Haiti’s president, Vilbrun Guillaume Sam. It was completed during the 1915-34 occupation by U.S. Marines that followed his death.

We think is is a mistake to demolish the National Palace.

It should remain, as it is, a memorial to the 2010 quake and those who lost their lives.