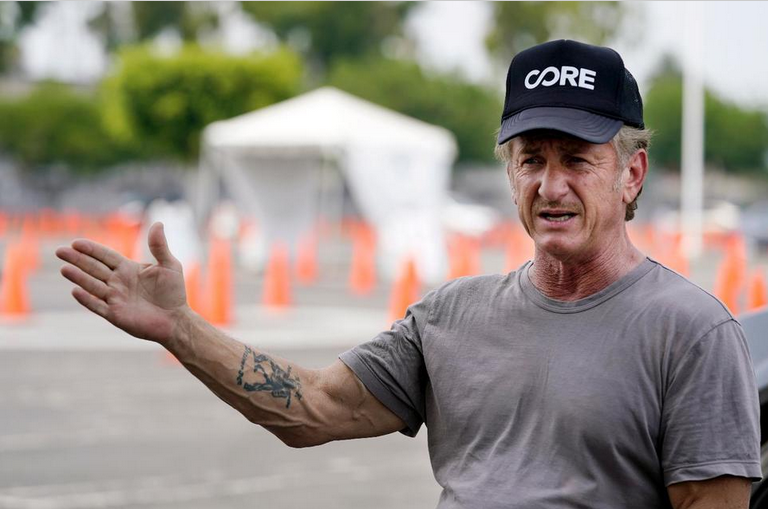 “This book and its images reflect a common spirit of a beautiful country and its people,” Penn writes

A new book called “The Hands of the Prime Minister” that examines the rise of former Haitian prime minister Laurent Lamothe features a foreward written by an unexpected but familiar name — actor Sean Penn.

Penn was asked to write the introduction to the book, which is a conversation between photojournalist Philip Holsinger and Lamothe, because of his history of humanitarian work in Haiti.

Penn is also the subject of a new documentary about his philanthropy called “Citizen Penn,” which is now streaming on Discovery+

“The Hands of the Prime Minister” releases June 15 but is available for preorder. The book’s synopsis says it tells the story of how Lamothe’s work from 2012 to 2015 helped create and manage a “hands-on, inclusive government set up” that helped Haiti briefly rebound from decades of disasters, both “man-made and natural.”

“This book and its images reflect a common spirit of a beautiful country and its people,” Penn writes in the introduction. He added, “where I have seen courage, love and inspiration, I have never seen a greater level of it than among the people of this ever challenged nation.”

Lamonthe was Haiti’s longest-serving prime minister in the country’s modern history, despite having held the position for less than three years. He was elected in 2012 and resigned in 2014. In 2015 Lamonthe said “my government’s top priority was to serve these vulnerable citizens who had always been forgotten by traditional politicians and the political class.”

Holsinger said in a statement Thursday, “in following Laurent throughout the interview process for this book, I was able to provide a deep-dive into the changes made during his time in office. His common sense solutions, made by listening to the people, provided remarkable outcomes. What he created in record time still exists today–he essentially rebuilt a country in 31 months.”

According to the Guardian, Penn’s interest with Haiti began after the country was rocked by a massive earthquake in 2010, killing over 300,000 people. Shortly afterward, Penn was named ambassador-at-large for the country. “Citizen Penn” director Don Hardy told the paper that also was in part the beginning of the “Citizen Penn” documentary.

“I saw him hurriedly set up some way for a plane to get into Haiti with supplies, watched it right in front of me,” Hardytold the Guardian. “He was on the first plane he could get. I reached out to his assistant to ask if Sean needed someone there on site to film what was going on, and she said yes. A couple weeks later, myself and a few friends were there on the ground shooting footage that could go out to news organizations and show what was going on.” 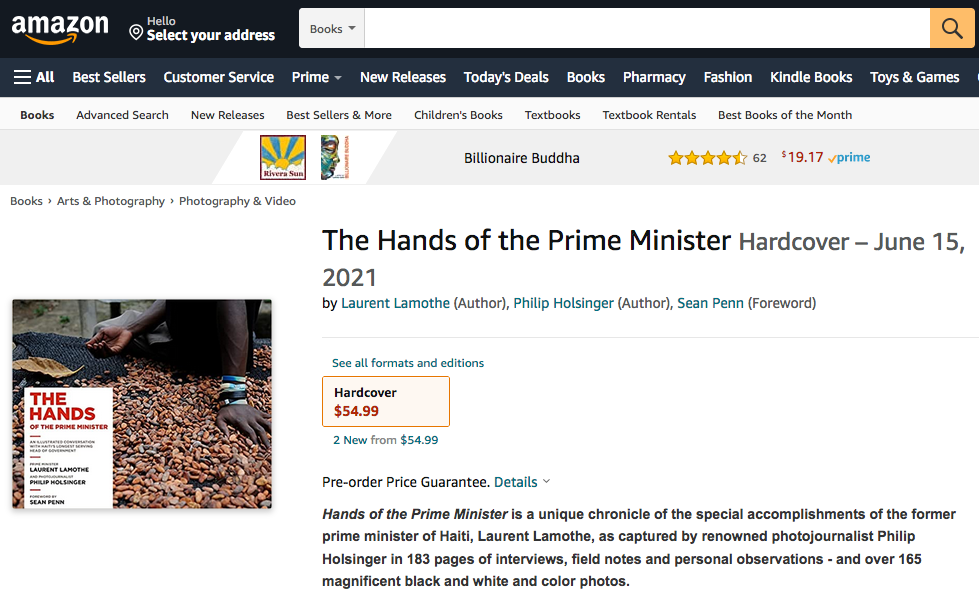 Check out the full foreward from Penn below.

“It was January 2010 when a confluence of circumstances and fate first brought me to Haiti. Having intermittently lived and continuously worked in Haiti these last six years following the devastating earthquake that was felt around the world, I have learned many things about its glorious people and the challenges of their country’s history and
future. I have worked among its poor, its wealthy, and its leadership in equal parts. I’ve seen people of both its courage and its corruption within all three of these groups. But where I have seen courage, love and inspiration, I have never seen a greater level of it than among the people of this ever challenged nation.

Not long after the earthquake was Haiti hit with yet another devastating blow that only in the impoverished world could yield seven thousand deaths from a disease imminently curable where there is clean water and education: Cholera. And it was during that bacteria’s devastating campaign against the Haitian people that the election process had restarted and a new president was to be elected.

I met the man who would be President, Michel Martelly, in the middle of the night during a period of great social unrest. His passion and intelligence were unquestionable. Yet still, like all Haiti’s presidents in the post Duvalier years, would he and his cabinet face the extraordinary burden of leading within the architecture of a constitution that had been written as a reactionary testament to the violations of dictatorships that had come before. The power of the president and the prime minster he would appoint were sure to be tested.

That same night I was introduced to another man, soon to be confirmed as Haiti’s Minister of Foreign Affairs, Laurent Lamothe. I was taken by his sharp mind and clarity of purpose. Just a few short months later, I had requested of the former President of Haiti, Rene Preval, that he meet with the new Foreign Minister of the opposition party, Lamothe. It
was my hope, at once, to scratch the surface in bridging political divides, but more particularly, as my respect for President Preval’s political wisdom was great, it seemed to me the guidance of this elder statesman could be of some value to the younger man whose business history was formidable but who had held no political office prior to his engagement as Foreign Minister.

We sat in the Miami home owned by the wife of Preval. He had greeted us warmly at the door, and now the discussion had begun. Many things were discussed that night. But what I remember most keenly was the advice of President Preval to the younger Lamothe—that Lamothe and his President select eight agenda items that they would bear all their energy toward accomplishing for the full five years of their administration. Preval was a political chess master. He had deep knowledge of the restrictions by constitution on paper and the constitution of its people. And yet, as wise as President Preval’s words may have been, what was clear in the post earthquake phenomenon—the monies flowing into foreign designed projects for indigenous consumption—that in Haiti’s new world, the eight suggested agenda items would quickly rise to a demand for a focus on eight hundred. Disagreements between President Martelly and his sworn Prime Minister soon led to Foreign Minister Lamothe’s rise to selection as Haiti’s Prime Minister, a position he held for nearly three years, the longest of any Prime Minister in contemporary Haiti.

While this book and its images reflect a common spirit of a beautiful country and its people, so does it subtly infuse the omnipresence delegated by its leadership to provide the flesh of the hands that were on, and what demanded a ubiquitous hands-on political commitment: The hands of Prime Minister Laurent Lamothe. I had been designated Ambassador-at-Large for Haiti, and as such, found myself in daily, if not multi-daily, conversations, bi-lateral negotiations, and diplomatic visits with Laurent Lamothe. I watched him give a minimum of seventeen hours a day to his country for the time of his service. I watched as he built systems of subsidies and empowerment for women, road constructions, training for the national police. I watched as he visited with the displaced in the camps in which my organization worked. I watched as he expedited legitimate adoptions of parentless children. And I joined, on a daily basis, as one more of those who placed extraordinary demand upon him. But I also remember at the end of so many long days and nights, being in a small group of confidantes, saying, “Mr. Prime Minister, it’s time you get some sleep.” If he wasn’t going to listen to Rene Preval, he wasn’t going to listen to me. His activities in support of his country have not waned since his resignation. Let this book be your introduction to an extraordinary man and country.”