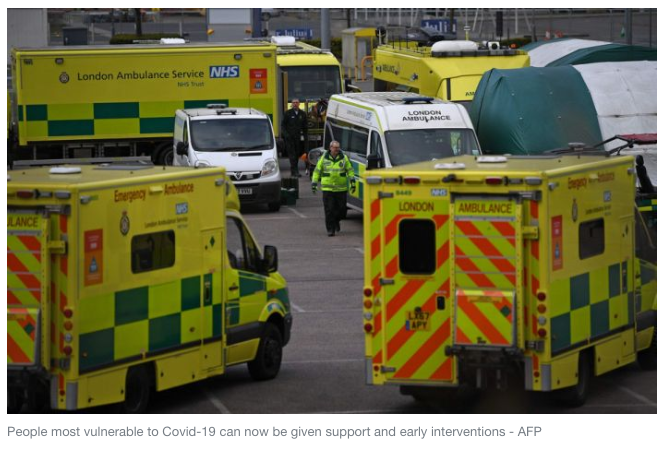 Six distinct types of coronavirus have been identified by scientists in a breakthrough that promises to save lives by flagging the highest-risk patients.

Analysis of thousands of cases by artificial intelligence software has revealed different “clusters” of symptoms and ranked them in order of severity.

Headache and loss of smell are common to all six groupings, but the range of symptoms varies widely after that.

Scientists at King’s College London (KCL) found that patients with the sixth type of Covid-19 are nearly 10 times more likely to end up needing breathing support than patients in the first group.

This is significant because often patients only deteriorate to a critical stage several days after after showing symptoms. The new ranking system should flag up the highest-risk cases and give doctors the opportunity to intervene earlier.

The findings, derived from KCL’s symptom tracker app, used data from 1,600 users in the UK and US who have had confirmed Covid-19. The resulting algorithm was then tested on an independent cohort of 1,000 users in the UK, the US and Sweden.

“These findings have important implications for care and monitoring of people who are most vulnerable to severe Covid-19,” said Dr Claire Steves from KCL.

“If you can predict who these people are at day five, you have time to give them support and early interventions such as monitoring blood oxygen and sugar levels, and ensuring they are properly hydrated – simple care that could be given at home, preventing hospitalisations and saving lives.”

The least severe categories of the virus were characterised by flu-like symptoms, either with or without fever.

Gastrointestinal problems, such as diarrhoea, dominate the third category, whereas fatigue, confusion and ultimately respiratory problems are associated with the increasingly severe fourth, fifth and sixth categories.

These figures were 8.6 per cent, 9.9 per cent and 19.8 per cent for clusters four, five and six respectively. Nearly half the patients in cluster six ended up in hospital, compared with just 16 per cent of those in cluster one.

“Being able to gather big datasets through the app and apply machine learning to them is having a profound impact on our understanding of the extent and impact of Covid-19, and human health more widely,” said Sebastien Ourselin, professor of healthcare engineering at KCL and the senior author of the study.

The study, published in a pre-print server called medRxiv, is yet to be peer-reviewed.