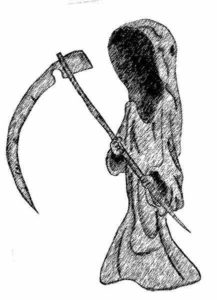 PORT-AU-PRINCE AFP: Haitian health officials on Wednesday said they have found new cases of cholera in rural areas of the country, but said the epidemic, which has killed thousands since last year, remains on the decline.

“Residual outbreaks” have appeared in the north, the central plateau, and the southeast, “but they do not constitute a spike in the disease,” the country’s public health general director Gabriel Timothe told AFP late Tuesday.

He said authorities were addressing the outbreaks in the various regions, and insisted “the trend is decreasing.”

Haiti has suffered a devastating cholera epidemic since October, and authorities have reported 4,856 deaths since the onset of the disease, thought to have been eradicated from the country a century ago.

To mark six months of efforts to contain the epidemic, outgoing President Rene Preval received Haitian and international health experts, officials and aid workers on Tuesday to thank them for their work, and urged Haitians to continue safe hygiene guidelines.

The water-borne bacterial disease thrives in unhygienic conditions such as those throughout Haiti since a catastrophic earthquake early last year killed some 220,000 people and left 1.5 million homeless, many of whom have been living in squalid tent cities since the disaster.

Last month, a US team of experts warned that some 800,000 Haitians will contract cholera this year, double the estimates of United Nations agencies, and that a recent dip in reported cases was likely temporary.