We received a copy of today’ ALTERPRESSE release, claiming vast fraud in the recent election.

The underlying message is “Aristide-Narcisse were correct” and everyone else is wrong.  Normally, we would publish an article, with a suitable comment, but the Alterpresse lies are so blatant in their attempt to derail and already challenged Electoral Process – in favor of Aristide/Lavalas/Narcisse that their existence is a danger.

People want to believe the worst.

Well, Aristide’s 2000 elections should be use as those from which we measure all others.

Let us use the 2000 elections as the ZERO POINT and we work up from there.

Remember, during the first week of March, 2000 Aristide coordinated a Voodoo ceremony at his Tabarre mansion in which a newborn baby boy was sacrificed in order to guarantee an Aristide/Lavalas victory, at the polls.

The baby had been kidnapped, from the General Hospital, and held for a week before it was used in the ceremony. Its heart was cut out and placed in a bottle.

This bottle was paced in a secret sanctuary within Aristide’s bedroom. The baby’s body was then pulverized with a mortar and pestle.

Lunch was served, after the event.

Mildred Aristide, an American citizen, was present. She could still be charged with murder in the States, since she was a participant in the ceremony, according to recorded testimony of a lady who helped Aristide coordinate the process.

Anne Auguste was one of the lead Mambos in the ceremony. I think she is also an American citizen.

Aristide/Preval wee also involved with the assassination of Jacques Dominique, radio host and potential Presidential candidate shortly after the baby incident. Preval knew his friend was going to be murdered, and did nothing to stop this.

Police units were supposed to fire on voters during the election. Instead, these officers went to the Dominican Republic and would later lead a move to remove Aristide.

As the polls were in operation, exit questions indicated Aristide was losing  by a 3 to 1 ratio. 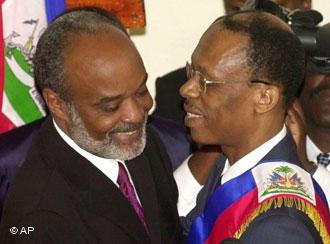 Police units immediately rushed the polling stations, grabbed ballot boxes, and took these to various casernes were they were openly stuffed with Aristide ballots. These actions were witnessed, by foreign election observers, and the media.

When CEP President Manus refused to certify the fraudulent results he was forced to run for his life, escaping to the States, where he would later die. Several other members of the CEP went into hiding. The remaining Lavalas Members  certified the vote.

Aristide swept the Senate and Chamber of Deputies!.

The fraud was so bad the foreign observers refused to participate in the November Presidential ballot.  Since Aristide had threatened property owners with burning of their buildings, should they be used as voting places, there were few voting centers available.

No matter. Aristide took 93% in a landslide win that saw his complete and total control of the government.

What followed was bloody chaos.

Without the FAdH there was no countervailing force and it took until February of 2004 to see Aristide fly into luxury exile.

And we see his old partner, Rene Preval, trying to gain power via his surrogate Jude Celestin with useful experience as a contract killer, drug dealer and master thief.

There may have been some fraud, in Martelly’s effort, but nothing compared with the Aristide 2000 example.

Let us hold the election.

Let the vote be scrutinized like that in the United States, Canada and France.

Let the ballot count be watched like a marchand counting her money in the bank. 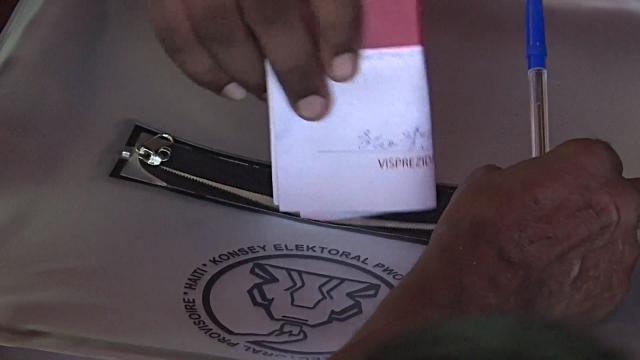