DOWNTOWN LOS ANGELES – On Jan. 12, 2010, a magnitude 7.0 earthquake struck the island nation of Haiti, killing more than 230,000 people and injuring another 300,000. The temblor and multiple aftershocks displaced more than 1 million people from their homes and destroyed businesses, schools, hospitals and more.

The world came to Haiti’s aid, including the Los Angeles County Fire Department, which sent dozens of firefighters to help with rescue efforts. 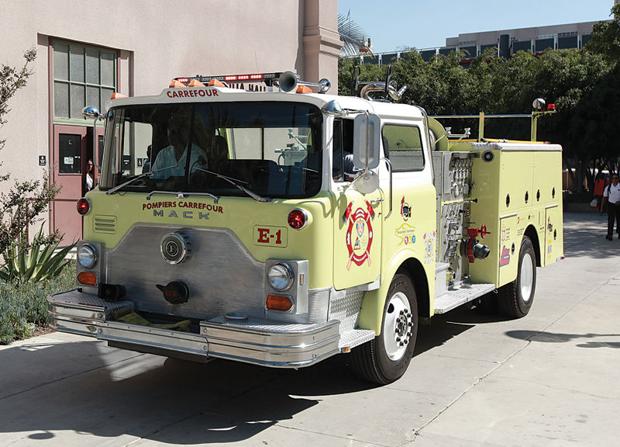 Five years later, the LACFD is helping Haiti once again. On Tuesday, Oct. 13, department members joined with students from the Los Angeles Trade-Technical College, representatives of the Compton Fire Department and others to donate a refurbished yellow fire truck to the country.

The unveiling and donation ceremony took place at the LATTC campus. Fred Wangley, fire chief of the Haitian city of Carrefour, traveled to Downtown toaccept the refurbished 1980 Mack fire truck, which saw approximately $100,000 worth of upgrades.

The project required the coordination of hundreds of people who donated their time, products and services, said LACFD Capt. Jonathan Bowers, who helped organize the project. Bowers also serves as executive vice president of the Los Angeles County Stentorians, an organization for active and retired African American firefighters. Several Stentorians, including Bowers, were sent to Haiti following the 2010 earthquake to help with rescue and recovery efforts. 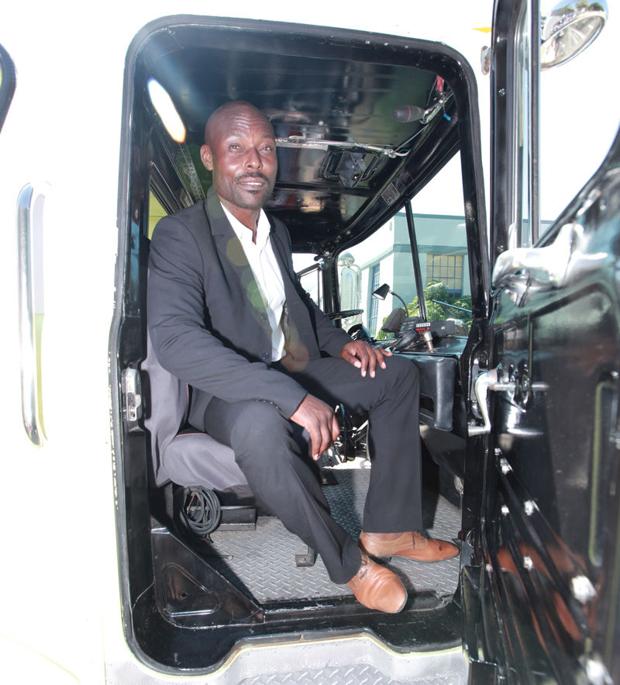 What they found was devastating, Bowers said during the unveiling ceremony.

“The country has no public safety infrastructure and the local fire departments were working with basic tools like hammers and axes,” Bowers said. “They had nothing, yet were so committed to saving as many people as they could.”

Following the Haiti trip, the Stentorians decided to look for a truck to send to the impoverished country. Bowers found one in the Compton Fire Department, where he worked for 11 years. In 2012, Compton offered up the decommissioned vehicle.

The truck, however, was in a state of disrepair, with extensive body damage, worn tires and a blown engine, among other issues.

That’s when Bowers reached out to the

LATTC, which has an Automotive Collision Repair program. Chini Johnson-Taylor, a retired professor who serves on the LATTC Foundation’s board of directors, said the faculty and staff were eager to get involved.

“We gladly accepted the offer to have our students take part on such a historic project, which is going to save lives,” Johnson-Taylor said. “Not only is it an incredible humanitarian effort, it’s also a wonderful teaching opportunity.”

Department, helped refurbish the truck. They spent two semesters, or about eight months, on the project, said Brian Ferre, a school instructor.

“When I first saw the truck I thought, ‘Wow, this is going to take a lot of work,’” Ferre said. “But I knew we could do it. There was never a doubt in my mind.”

The students handled welding, rust and dent removal, engine repair and more. Since the truck is an older model, many parts were difficult to find or were no longer manufactured, Ferre said. In those cases, students had to weld new parts, he said.

Graphic arts students, meanwhile, painted the truck, and then hand-lettered the names of the many organizations that donated services. From there, the truck was outfitted with new equipment, hoses, pumps and more from the Compton Fire Department and other organizations.

cost of $2,600, said Sydney Bowers, president and CEO of the company (he is also the brother of the LACFD’s Jonathan Bowers). Other contributions included new dials and switches for the cab from Napa Auto Parts, LED flashing lights from Uniform Accessories and multiple breathing apparatuses from Yates Incorporated.

“All of the dots were connected with the right people and companies who were able to donate without hesitation,” Jonathan Bowers said. “The fire truck will help a lot of lives moving forward, and it feels really good to be a part of that.”

The humanitarian nature of the project prompted the Department of Defense to agree to transport the truck by cargo plane to Haiti free of charge, said Capt. Kenneth Hon of the Stentorians. He and others will make the trip to Haiti to deliver the fire engine in January.