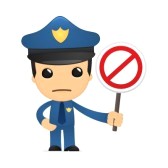 In the wake of the recent global recession, U.S. government spending on domestic and international projects is being pulled back in some areas and increased in others. The distribution of taxpayer dollars to foreign aid initiatives has been reduced by billions of dollars — a relatively small percentage of the overall average allotment —  but the question of why these funds are not being dispensed to their greatest potential, and how the question can be answered, remains.

The United States is the largest foreign aid donor in the world and allocates its money through various mediums. The primary government agency dealing with foreign aid, the United States Agency for International Development, is responsible for dozens of crisis-relief and long-term campaigns in underdeveloped countries in Africa, Latin America and Asia.

Its highly publicized involvements are in Haiti, following the earthquake, and in Iraq, where the United States intended to help rebuilding efforts at the start of the American occupation in 2003. Despite the billions of dollars pouring into these countries, there have not been many signs of improvement. To be blunt, the mission in Haiti, so far, has been a failure. The $1.15 billion in grants and funds meant to provide relief for Haitians are not being given to those who have the greatest potential to bring Haiti back to its feet: native Haitian companies and businesses.

Although these local entrepreneurs are in greatest need of support, much of the aid funds are given to foreign nonprofit organizations and private servicers whose use is not monitored. The same pattern goes for the effort in Iraq, as reports have surfaced establishing that insufficient planning, inadequate records and poor coordination may have wasted billions of U.S. government funds. The global effort to rebuild Iraq is just as disheartening — the World Bank reports that at least one third of funds have gone unspent since the start of their reconstruction program in 2004, and the WTO is now considering re-allocating these grants to more effective causes.

The failures of USAID, many caused by a lack of transparency, are frustrating. Where is all of this money going? Most anti-foreign aid arguments reason that if we have no guarantee that the money will end up in its intended hands, we shouldn’t donate at all.

That argument is valid, considering the way that foreign aid is being distributed. Stemming foreign aid, however, is not the solution. Rather, the Obama administration needs to change its approach to foreign aid to make the most out of government and taxpayer dollars.

The direction of international aid has been shifting since the Clinton administration, and, in 2004, the Bush administration began the Millennium Challenge Corporation, an offshoot of USAID that focuses more on financial rather than technical assistance. President Barack Obama has continued this approach, directing the USAID with a more cash-based method.

While cash can be a vital resource in certain situations, the lack of direct U.S. involvement in its projects overseas is the reason for our lack of success. In crisis-relief efforts, such as in Haiti, or in long-term aid projects, such as in India, citizens need more than just raw materials.

The New York Times interviewed USAID administrator Rajiv Shah in March regarding his work to end child mortality in India. Shah continually emphasized the agency’s “focus on supporting local institutions” and their confidence in collaborations with Indian entrepreneurs and scientists, who, working together, can develop solutions to local problems such as lack of infrastructure in transportation, storage, etc.

Self-sufficiency is the ultimate goal of any foreign aid project. USAID has fallen short of its most publicized promises to revamp, rebuild and restore struggling economies and governments overseas. These solutions, which demand extensive commitment and confidence in the nation’s citizens, can be applied not just in specified areas. Throwing cash at an underdeveloped government, or at any nonprofit or private contractor, leads to less accountability and more frustration. Long-term solutions are built from the ground up, using all resources the nation already has to offer.

Nina Golshan is a staff columnist. Email her at opinion@nyunews.com.