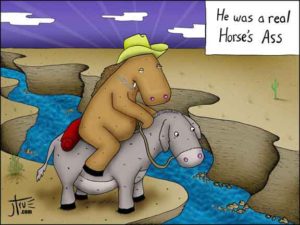 Haiti’s new president is charming and energetic, but no one can tell if this former hip-hop star has what it takes to lead his poverty-stricken, earthquake-ravaged country out of trouble, Lois Romano explains.

Haiti’s new president is making his debut on the world stage in New York this week, and after 19 months of post-earthquake chaos, his youthful energy and charm are wowing the business and political elite gathered for the annual United Nations General Assembly.

“Haiti is open for business!” declared Michel Martelly, jumping to his feet onstage at a Clinton Global Initiative–sponsored event to attract investors to the ravaged country. The former hip-hop singer known as “Sweet Micky” and infamous for disrobing onstage gushed in a smooth French accent about Haiti’s “most beautiful coasts … and rich past.” Strikingly handsome, with a shaved head and huge dimples, the 50-year-old disarmed the crowd by even mentioning the allure of “voodoo.” It made one want to rush out and open a boutique in Port-au-Prince.

The feel-good event, hosted by former president Clinton during his annual summit, was an invigorating contrast to the troubling images of poverty and destruction coming from the island since the January 2010 earthquake. But the next night, a different Martelly showed up at a fancy event in Greenwich Village hosted by Donna Karan—a cautious, imperious politician surrounded by a gaggle of protective aides and security.

Martelly was expected to participate in a panel with Dr. Paul Farmer, the revered Harvard physician who has worked in Haiti for three decades, and to field questions from an elite audience that included Ben Stiller and Karan. It was a commitment he made a few months ago, shortly after he prevailed in a raucous 19-candidate race for president.

Ten minutes before the program was to start Tuesday evening, one of Martelly’s senior advisors informed the organizers that the president was tired and didn’t feel prepared to take questions. His inconsiderate decision stunned those who had spent months preparing the event—and sent everyone scrambling to reconfigure the program. I was privy to the disappointment because I had been asked to moderate the panel. The president made a few perfunctory remarks and then fled—showing up at a private dinner across town at 10 p.m., where he seemed to have recovered from his exhaustion.

While boosters may be encouraged by Martelly’s instincts, few are blinded by his weaknesses.

His behavior was unfortunately a cringeworthy reminder of Haiti’s century-long woes with inconsistent, volatile, and inexperienced governments. A nonpolitician, Martelly has seemed to be a refreshing change from the corrupt and power-hungry leaders of the 19th and 20th centuries. He was a wildly popular singer in his youth, owned a nightclub, and acquired wealth. He was always known, however, to be chummy with some of the country’s controversial ruling elite—a fact that made some U.S. officials edgy.

He nonetheless prevailed in a competitive election, signaling that the people wanted something different. And in many ways he has delivered. What he lacks in political savvy and policy smarts, he is said to make up for with force of personality and exuberance. “Haiti has always needed someone to make a decision,” said Clinton. “This man will make a decision.”

Martelly has moved to make education a top priority, and has been in overdrive trying to lure investors and businesses—cutting red tape and assuring potential investors that Haiti is a safe place, which is disputable. Given what advocates have had to deal with in the past, the man seems like a demigod. “For the first time, Haiti has a president that will go out and sell Haiti,” gushed the Irish telecom mogul Denis O’Brien, who has moved all the call centers of his company Digicel to Haiti.

In a major coup for Martelly and Haiti, a large South Korean apparel company has announced plans to build a garment factory near the coastal village of Caracole that will create 20,000 jobs. The U.S. is giving the project a boost with $124 million for constructing roads, housing, and an electrical grid. The Inter-American Development Bank is also providing about $100 million for buildings and roads. The bank’s president, Luis Moreno, seemed satisfied that Martelly was on the right track, saying he had “great vision for what needs to happen.”

“He’s a great pitchman learning at the knee of the master,” added Moreno, nodding over to Clinton.

But while boosters may be encouraged by Martelly’s instincts, few are blinded by his weaknesses. He was not able to form a government because of his clumsy political skills. His first two choices for prime minister were summarily rebuffed by Parliament; one was deemed unqualified, and the other was opposed by human-rights activists. His third choice, Garry Conille—a former aide to Clinton—appears to be on track. This drama has significantly delayed reconstruction efforts.

Nineteen months after the earthquake, there is still no credible infrastructure in the country, and U.S. officials complain that Martelly has been slow to move on some fundamental problems. I visited Haiti three weeks after the earthquake, and again a year later. The only visible improvement was that much of the rubble had been removed. In truth, it’s hard to imagine anyone bringing business to Haiti today unless some major problems are tackled. The roads were still horrific, and 750,000 people were still displaced and living in tents. Anyone visiting the country almost has to have a driver to get around—not a situation conducive to tourism. In addition, a recent devastating report by the International Crisis Group paints a picture of a very unsafe country, vulnerable to drug trafficking, violence, and overall lawlessness. The report estimates that Haiti needs 20,000 police officers to protect its population, 10,000 more than it has.

Only 12 percent of the country has access to electricity—although the United States, the Inter-American Development Bank, and the World Bank are partnering with the government to help overhaul the electrical utility. Only a fraction of the billions in committed relief funds have been spent because the government does not have a mechanism in place to absorb and disburse the funds. “The money is sitting there,” a U.S. official told me, “but we have nowhere to send it. What’s taking so long?”

Despite these issues, Haiti has always offered an inexplicable allure, mesmerizing visitors with its passion and spirit. Before the magnitude-7.0 earthquake devastated Haiti, killing 220,000 people, the country was the poorest in the Americas. The earthquake put it in what Farmer has referred to as an “acute on chronic” situation. “It was devastating because a history of adverse social conditions and extreme ecological fragility primed Port-au-Prince for massive loss of life and destruction,” Farmer writes in his new book, Haiti After the Earthquake.

Yet anyone who goes there manages to see beyond the devastation and poverty to the country’s rich culture and past, its unbelievable art, its glorious beaches, and its promise. Farmer started going to the country to help with health care as a young doctor three decades ago, married a Haitian woman, and has since built more than 10 hospitals. Bill and Hillary Clinton went to Haiti for their honeymoon and have been committed to the country ever since. Donna Karan was a more recent visitor and has been selling the fine work of the country’s artisans in her stores. Clinton joked that Karan’s passion makes him look “passive.”

Martelly’s challenge, say stakeholders, will be to use his great communication skills to lure international investors to Haiti, while staying laser-focused on improving the critical and dangerous factors plaguing his country. His window may be small. For now, many Haitians are hopeful, and there is still an enormous amount of global sympathy and good will coming his way. But even the greatest pitchman in history can’t undo 100 years of devastation and turmoil with a smile and a song.

Lois Romano is a senior writer for Newsweek/The Daily Beast based in Washington. She was a longtime political writer and columnist for The Washington Post, covering presidential campaigns and Washington power brokers.

For inquiries, please contact The Daily Beast at editorial@thedailybeast.com.