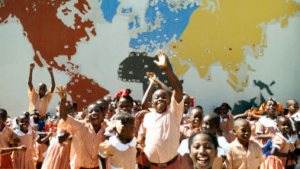 * Agriculture, decentralization to have special emphasis

PORT-AU-PRINCE, March 29 (Reuters) – Haitians say their most pressing needs in the wake of the destruction caused by the Jan. 12 earthquake are jobs, schools and homes, according to a survey released by international relief agency Oxfam.

Oxfam, one of hundreds of aid groups helping Haiti in the wake of the catastrophic quake, issued the survey results ahead of a conference of donors in New York on Wednesday that will pledge funds for the reconstruction of the country.

The survey showed that of more than 1,700 Haitians polled between March 9-12, 26 percent rated jobs as their top need, followed by schools (22 percent) and homes (10 percent).

Next ranked were support for local production (8 percent), the environment (6 percent) and security (5.5 percent).

The study was carried out by an independent Haitian polling consultant funded by Oxfam, and it covered people in various neighborhoods of the wrecked capital Port-au-Prince, and in the town of Leogane, which was also devastated by the disaster.

“The survey shows that the people want jobs, they want education, they want shelter, but they also want local food production, so they want all things that help them to move ahead,” Marcel Stoessel, Chief of Mission for Oxfam International in Haiti, told Reuters.

“They don’t want charity, they are not just waiting for the New York conference … they are ready now to move ahead themselves,” added Stoessel, speaking at a quake survivors camp in the capital’s badly damaged Carrefour-Feuille district.

The United Nations-organized donors conference is due to commit financing for Haiti’s reconstruction after the quake in response to a Haitian government assessment that estimates the country’s recovery needs at $11.5 billion.

He said the government was hoping to obtain commitments from donors totaling just over $4 billion for a three-year period, $1.3 billion to be delivered in the first 18 months.

The quake, described by some experts as the deadliest natural disaster of modern times, destroyed scores of government buildings, hundreds of businesses, schools and hospitals and thousands of homes, leaving more than a million people camped out in streets and open spaces.

In a column published in the Washington Post on Monday, U.N. Secretary-General Ban Ki-moon called the New York conference “a mission to offer (and deliver) hope”.

A draft of the final statement for Wednesday’s conference, obtained by Reuters, refers to the need to finance continued humanitarian assistance, particularly to urgently provide adequate shelter for the hundreds of thousands of quake homeless with the approach of rains and the hurricane season.

Barbara Stocking, chief executive of Oxfam GB, said in a visit to Port-au-Prince that donors should not lose sight of the short-term emergency needs.

“Clearly you can see from where I’m standing that the places people are living in are really pretty poor, so there’s got to be a lot of work on that,” she said, gesturing to the tent shelters housing quake survivors in Carrefour-Feuille.

“But we need to start moving in reconstruction right from now,” Stocking added.

The draft conference statement says agriculture also requires special emphasis, to support both food security for Haiti and the goal of fostering development outside the crowded and wrecked capital, to ease the congestion pressures there.

“All (participants) agreed on the importance of businesses, both in Haiti and other countries, to catalyze sustainable economic development in Haiti. The people of Haiti need jobs,” the draft final statement reads.

It also foresees participants agreeing “on the extraordinary need for budget support to the Haitian government to help finance such critical expenses as the salaries of policemen and civil servants and the operation of schools and hospitals.”