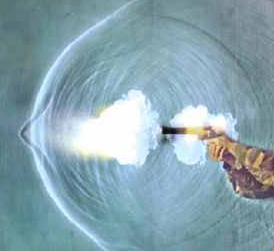 Guiteau Toussaint, who helped turn around the state-owned bank, was shot and killed inside his home.
Miami Herald staff and wire reports

A well-known Haitian banker credited with turning around a once struggling state-owned bank was fatally shot inside his home after armed men broke in Sunday night, Haitian police said.

Guiteau Toussaint, 56, was shot in the head after several men broke into his home in Vivy Mitchel, an affluent neighborhood east of downtown Port-au-Prince, Frantz Lerebours, a spokesman for the Haitian National Police, said Monday. His death is under investigation.

“This is for Haiti an awful loss of a competent, hard-working and serious individual … the type that is most needed for this country,’’ said Maxime Charles, president of Haiti’s bankers association and country chief for Scotiabank.

Toussaint’s death came as a shock to Haitians, especially those in the private sector who describe him as a professional who was well-liked by his staff.

He is the second prominent banker to be killed in Haiti in the last year. In June 2010, Michèle César Jumelle, the executive director of SOFIHDES, a private investment bank focused on small and medium enterprises, and her husband Yves Clément were shot to death in the yard of their home in the Port-au-Prince suburb of Thomassin.

Toussaint headed the board of directors of the National Bank of Credit and has been credited with saving the state-owned commercial bank from bankruptcy after taking it over in 1999 and restructuring it. By 2008, the bank was paying dividends. It is considered the public sector’s private bank.

“In 1999, BNC was in pretty bad shape. He aggressively restructured it by bringing in quality people and launching an expansion program. He turned the bank around,’’ said Daniel Dorsainvil, a longtime friend and Haitian finance minister from 2006-09.

Dorsainvil, who has been friends with Toussaint since 1996, spoke with him Sunday. They made arrangements to see each other later this week. Toussaint, he said, “was excited” about a mortgage program the bank planned to launches Tuesday.

Known as “Kay Pam” or “My House,’’ the program marks the first time Haitians will have access to long-term mortgages at competitive rates.

“It is a great loss for the country. He was a great manager. But most of all, he was a great guy who was really concerned and dedicated to change in Haiti,’’ said Prime Minister Jean-Max Bellerive.