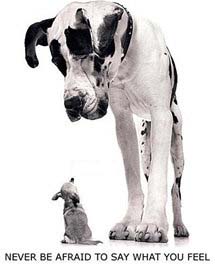 Less than a year into the job, Prime Minister Laurent Lamothe of Haiti has already made a mark. The young former entrepreneur travels around the world to promote Haiti as an investment opportunity, not an aid recipient. And he’s aggressively building infrastructure at home. Lamothe, who made a fortune with his telecoms company in Africa, joined the government as Foreign Minister less than two years ago and was promptly promoted to Prime Minister.

On the evening before the third anniversary of the earthquake, Lamothe, wearing a casual shirt and trousers (no tie), met with Metro for an exclusive in his office in a small but modern government building.

Earthquakes, hurricanes, cholera, poverty: what’s your roadmap for taking Haiti forward?
For 2013 we have five major priorities. One is to execute the emergency reconstruction plan because there have been two hurricanes and a major flood recently. We’re investing $344 million into making the country more resilient to natural disasters, for example building hurricane shelters and transit homes for children that live in the streets. We’re investing in road protection and re-enforcement of our reforestation program in order to make Haiti safer. Another priority is job creation. We have a very high unemployment rate, 75%, and we need to make it easier for people to start businesses. Electrification of the country is obviously another priority. When we took over the government, electricity supply was nine hours per day. Now it’s 18 hours, and we’ll make it 24 hours within six months. Security is also a top priority. We’ll add police officers as the international forces are drawing down. Food security is also a top priority.

Three years ago, every conceivable NGO was in Haiti. Now they’re leaving. Is that good or bad?

In any country, as long as an NGO follows the roadmap created by the government, it’s good to have it there. But we don’t want to be known as an NGO nation, where NGOs do whatever they want. Our objective is to have NGOs work together with Haitian institutions so that Haiti gets stronger institution. Then, when the next natural disaster happens, Haiti’s institutions should be able to deal with emergencies instead of relying on NGOs. We want foreign governments to invest in Haiti through the government, which has the mandate and plan to bring the country forward. We’re vowed to have full transparency and are addressing corruption.

How are you going to address the dilemma of mass unemployment combined with lack of security?
These issues have been here for years, because nobody ever wanted to tackle them. Our institutions don’t have a lot of resources, so we need to focus on our strengths, like the sun and our beautiful islands, and promote our country not as a country that just needs humanitarian assistance but a country that wants direct investment. And what’s perceived as a weakness can be an opportunity. For example, we need more energy capacity. That’s an opportunity for investors. We need roads, and are open to giving concessions to companies that want to build toll roads. We want to create business and have more money come to the country. Then, with the tax revenues, we can improve the lives of the most vulnerable people.

If you were to tell a country or company that they should invest in Haiti, what would you say are Haiti’s assets?
One is our industrial capability and our favourable trade agreement with the United States, which allows good manufactured in Haiti not to pay customs duties in the United States. So, we tell countries around the world to use Haiti as a platform to manufacture their goods and send them duty-free to the United States. Countries should think of Haiti not as a place where to do charity but a place where to invest and do business. And doing business in Haiti means poverty reduction.

So a country like Sweden, which gives a lot of development aid, should instead think of having H&M build a factory here?
Absolutely.

Another problem for Haiti is that most young, ambitious Haitians leave the country. How are you going to get them back?
Yes, 85% of our brains leave the country, and the reason is the lack of jobs. It’s not easy to rebuild a country that has been totally destroyed while at the same time giving jobs to the 75% of the population that don’t have one. We need all the brain to work together with us. Opportunities obviously bring people, and we have an incentive program to match the salaries that they’re earning elsewhere.

You yourself left the private sector to join the government. What motivates you?
The difference is that in the private sector you work for yourself, and as Prime Minister I work for every single Haitian – inside Haiti and outside – and for all those who love Haiti as well. I wanted to contribute my time, myself, my knowledge, my love, because Haiti is my everything. I want to see Haiti do better. We have the sun everywhere: that’s a big asset. We have wonderful coasts, beautiful islands, mountains. Other countries that have that are known for it, but Haiti has been so focused inwards, on its problems.

Can Haiti become a new tourist destination?
Yes, we’re investing heavily in that. This year we’ve already invested close to $400 million in tourism infrastructure. We’re creating a Tourism Police. We’re investing heavily in Île à Vache, which must surely be the most beautiful island in the Caribbean. We’re creating an international airport for our islands. So, we’ll make Île à Vache a new destination, with very high-end resorts, which will create some 4,000 jobs. That will put Haiti a different light.