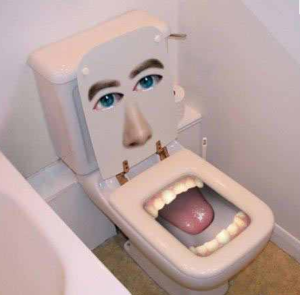 While critics accuse him of not doing enough for moving Haiti forward, an “unlucky’’ René Préval prepares to head into the history books.

“It changed everything,’’ President René Préval said about the Jan. 12, 2010 earthquake in an interview for a Miami Herald documentary last year.

As Préval, 68, prepares to exit Haiti’s broken National Palace and hand over the presidential sash — for the second and final time — on Saturday, he heads into the history books as the only president in 207 years to have been twice democratically elected and to complete his terms. He is also the only president to peacefully hand power to the opposition, also democratically elected.

All are no small feat in this unpredictable nation that has seen almost three dozen coup d’états, foreign occupations and presidents jailed, exiled and even killed.

“It is sad that I am the only president to have done a first term, then a second constitutional mandate, and also the only one in 25 years not having been in prison or exile,’’ Préval said last month in his final address before the U.N. Security Council.

Still, the man who broke rank with Haiti’s history of oppression and brought press freedom and a measure of political stability after his 2006 re-election, is leaving with mix reviews.

“With René Préval, we didn’t go backward. Yes, we didn’t go as far as we wanted, but we moved ahead,’’ said Georges Sassine, head of a Préval created commission that increased employment in Haiti’s garment industry by attracting foreign companies.

Rivals and supporters alike commend Préval with depolarizing Haitian society, establishing governments of national unity and creating a political center. But they criticize his reclusive personality, low-key leadership style and lack of communication with the country’s 10 million citizens.

“He has no spokesman, no chief of staff. I still don’t know who his chief of staff is,’’ said Sen. Steven Benoit, one of his chief critics in parliament and his former brother-in-law. “If you have done something for the country, let people know what you’ve done.’’

Préval has refused all interview requests to discuss his legacy until after Saturday’s inauguration of retired musician Michel Martelly, who was elected last month.

Préval’s only public acknowledgement of his accomplishments came in October during a visit to Marchand Dessalines, a rural town north of the quake-ravaged capital, in the Artibonite Valley. Rice and beans production had doubled, he said, because of his government’s investments in millions for new agriculture equipment, and in fertilizer for poor rural farmers. The number of Haitians with access to electricity had also increased. Government receipts had doubled.

“In 2006, we had [60 miles] of asphalted roads, today it is [360 miles], six times,’’ he said, highlighting one of the few promises he dared make as Haiti stood on the brink of collapse after he took office.

By reviving the state construction company, he further opened up Haiti, adding almost 1,243 miles more in new and rebuilt rural roads. For the first time, farmers could get their produce to market. The changes, along with patched up relations with the Dominican Republic and Caribbean Community, have not gone unnoticed by the international community, including by top U.N. envoy in Haiti, Edmond Mulet, who says “history will put René Préval under a positive light.’’

“During his administrations, the freedom of the press was without limits, never a ‘message,’ never a threat, never an order to silence anyone,’’ said Mulet. “With no economic or financial ambitions of his own, he was not involved in corruption schemes. A gentleman, a romantic, a decent person.’’

But Préval had his shortcomings, Mulet said, describing his “attitude against talking to the people, even when Haitians were eager to have a leader at the helm of the country after the earthquake.’’

Yet, he had an obsession with dialogue, taking his time — to the frustration of friends and foes alike — to make decisions. That and his trademark silence were often misunderstood by the international community as trickery or an inability to govern. For instance, when he was asked for plots of land to build large camps for the earthquake victims, he allowed weeks to go by and was extensively criticized for his “inability to act.’’

It was his way of saying that large camps were not the solution to the displaced problem as seen by the humanitarian agencies.

Critics say a weakness of his tenure was his dislike or lack of confidence in institutions and not doing enough to strengthen them. An enigma, he is smart but not your stereotypical intellect, equally able to convince gang leaders to disarm, as make diplomats feel inept.

He’s a pre-eminent behind-the-scenes politician, though he detests being called one.

But his political maneuvering cost him the confidence of supporters, including two prime ministers — he’s now on his third. And it cost him the support of the international community, which engaged in a months-long public battle with him over the recently flawed presidential and legislative elections.

The electoral crisis “stained his image,’’ said Robert Fatton, a Haiti expert at the University of Virginia.

“He was also a prisoner of Haiti’s dependence on outside powers, a dependence that became overwhelming in the aftermath of Jan. 12,’’ said Fatton, who calls him “unlucky.’’

“Préval gradually lost both the means to govern the country and the support of the great powers he had previously enjoyed,’’ Fatton said.

It wasn’t until he attempted to name his own successor, former state construction chief Jude Célestin, that it became clear how much Préval had fallen out of favor with the international community.

The international community had already decided it would “do everything to facilitate change of the Haitian political system,’’ said Ricardo Seitenfus, the former Organization of American States representative here. “It was tired of the supposed inability of Préval to govern.’’

At one point, there was even a suggestion of sending an aircraft to fly Préval out of the country, a move Seitenfus spoke up against.

No one, not even close friends, are sure what Préval will do. He’s been in politics for 25 years and the political coalition, INITE, he created with three opposition leaders is the largest force in parliament. On Monday, parliament handed him another victory by adopting his constitutional reform measures that among other things recognizes dual nationality for Haitians living abroad.

And while some believe he opposes Martelly, a friend, privately he has said he wants him to succeed for the sake of Haiti. As he bid farewell in his U.N. speech, he called on the opposition to adopt an attitude of collaboration and had this advice for Martelly: “Practice calming governance, openness, inclusiveness, dialogue, respect for rights of association and expression.’’

Most of this article is simply not true.

Preval’s name is spelled properly – so this is a fact.

Preval’s government has been a do nothing government that has seen everything go backward except for news articles, like this one, that claim otherwise.

It has been a mindless, criminal period in which law and order had broken down and Preval has stolen almost everything that was not tied down, and made $38,000,000 with the help of Jude Celestin and Frantz Gabriel.