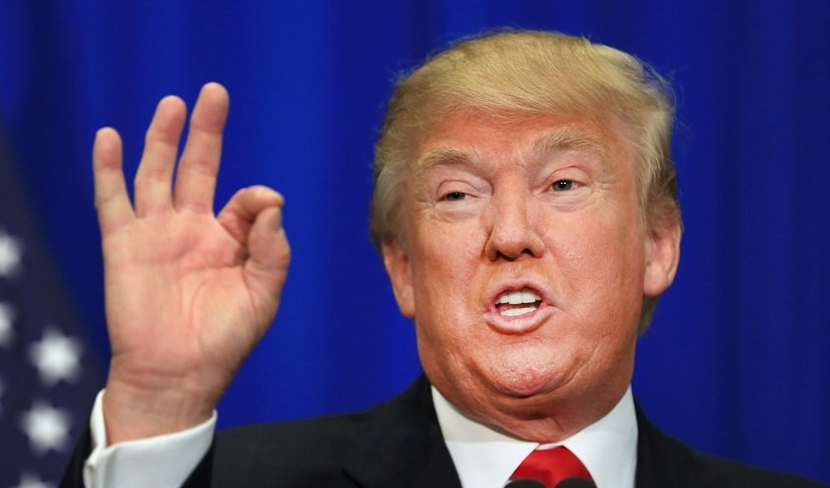 During a June Oval Office meeting attended by top White House officials, the president was supposedly angered by just how many immigrants had received visas to enter the U.S. in 2017, according to six officials who attended or were briefed about the meeting.

The Times reported that Trump had read a list revealing the number of immigrants that had entered the country:

Haiti had sent 15,000 people. They “all have AIDS,” he said, according to one person who attended the meeting and another person who was briefed about it by a different person who was there.

Forty thousand had come from Nigeria, Trump added. Once they had seen the United States, they would never “go back to their huts” in Africa, recalled the two officials, who asked for anonymity to discuss a sensitive conversation in the Oval Office.

“General Kelly, General McMaster, Secretary Tillerson, Secretary Nielsen and all other senior staff actually in the meeting deny these outrageous claims. It’s both sad and telling The New York Times would print the lies of their anonymous ‘sources’ anyway,” the Times reported.

But the denial did not keep activists who have been critical of Trump’s policies toward immigrants from criticizing the reported comments.

Nigerian American Opal Tometi said Trump’s past comments about immigration and black people make the Times report believable. Tometi, executive director of the Black Alliance for Just Immigration and a co-founder of Black Lives Matter, said in an email:

“Unfortunately, it is all too believable that this is how our president speaks behind closed doors because his very public policies have been driven by racism and hatred since Day 1. From his xenophobic Muslim ban to his cruel and immoral treatment of immigrant dreamers, this merely adds crass words to the racist policies this administration has been pushing for a year.”

“I am disgusted but not surprised … it’s consistent with the racist, anti-black, queerphobic xenophobe Donald J. Trump truly is. It was evident from his decision to end [temporary protected status] for Haiti that he’s both willingly ignorant of who Haitian immigrants are and deeply committed to ending migration of Black and Brown immigrants to this country.”

“The sentiments that the president allegedly voiced about these two groups are in line with common stereotypes and inaccurate, harmful narratives about immigrants of African descent,” she said.

The president was criticized earlier this month for his World AIDS Day announcement that did not acknowledge how blacks in America are disproportionately affected by the illness. Nearly half — 48 percent — of those diagnosed with AIDS in the United States are black, according to 2015 statistics from the Centers for Disease Control and Prevention.

And Washington Post columnist Michael Gerson, a senior policy adviser in the Bush White House, wrote that the Trump administration’s approach to addressing the AIDS epidemic in Africa falls short of his predecessor:

“During the George W. Bush and Obama administrations, the strategy on AIDS was pretty consistent: Put as many people on treatment as possible. Use economies within the program, and falling drug prices, to increase that number even further. Focus on the places and groups where transmission is highest, but act broadly enough to block transmission routes across the continent.”

The Trump administration’s 2018 budget proposes cutting $800 million in America’s bilateral HIV/AIDS programs. And neither South Africa nor Nigeria would be in the “priority” category in the State Department’s new AIDS strategy, despite together being home to about a quarter of the AIDS cases in the world.