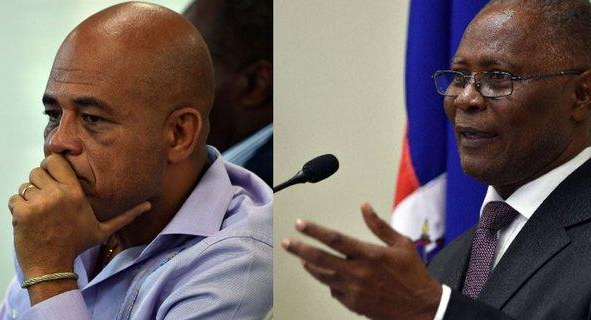 After getting postponed three times, the second round of the Haitian presidential elections was again postponed with no set date. This was announced on Apr. 18 by Dumel Richardson, spokesman for the Provisional Electoral Council (CEP), who stated that “there is no favorable electoral environment in Haiti [for holding the elections].” This delay deepens the political and institutional crisis that began since the first round was held on Oct. 25, 2015 in the Caribbean country.

The second round was initially scheduled for Dec. 27. It was postponed until Jan. 17, then until Jan. 24 and finally, after an agreement between outgoing President Michel Martelly (2011-2016) and other political forces, it was set to take place on Apr. 24.

However, on Apr. 6, Léopold Berlanger, president of the CEP, Privert’s partner in crime, rejected the proposal and said it was “too early to talk of a date [for the second round],” and that a new electoral calendar will not be presented “before the end of May.”

It is important to recall that the results of the first round of elections were deemed fraudulent by supporters of opposition candidate Jude Celestin, of the Ligue Alternative pour le Progres et L’Emancipation Haitienne (Alternative League for Haitian Progress and Emancipation), who came in second with 25 percent of the vote, behind ruling candidate Jovenel Moïse, of the Parti Haïtien Tèt Kale (Bald Heads Haitian Party), who obtained 33 percent of the vote. The burst of violence on the island was the reason for the successive postponements of the second round.

A failed state
Since its independence from France in 1804, Haiti has only had one general election without any altercations, disturbances or electoral postponements: the elections of 1991 which elected former priest Jean-Bertrand Aristide. However, Aristide was deposed by a coup just eight months after his inauguration. In 1994 he was reinstated in the presidency and concluded his term two years later. Although he was elected again in 2001, Aristide was ousted for a second time in 2004.

Following the crisis caused by the postponement of the second round of elections, Haiti has had two presidents, three prime ministers and the CEP has changed its membership twice after the consecutive resignation of six of its nine members between September 2015 and January 2016.

Martelly ended his term on Feb. 7, as established by the Constitution, and was temporarily replaced by Senate President Jocelerme Privert until whoever is elected in the second round on an unknown date takes oath.

Instability and lack of institutions has led analysts such as Denis Bauchard, from the French Institute of International Relations, to consider Haiti a “failed state” due to the systematic absence of state structure.

In addition to the ongoing political crisis, Haiti has not recovered from the 2010 earthquake that devastated Port-au-Prince, the capital. According to Haitian government figures, more than 300,000 people were killed and 1.5 million were left homeless. Today, more than 60,000 people still live in camps, and although the tents do not proliferate in the outskirts of Port-au-Prince, many basic public services remain nonexistent.

The most recent estimate of the Centre for Research on Living Conditions Post-Earthquake (ECVMAS), created after the 2010 earthquake, says that in 2012, 59 percent of Haitians lived below the poverty line, and 24 percent were living in extreme poverty. —Latinamerica Press.