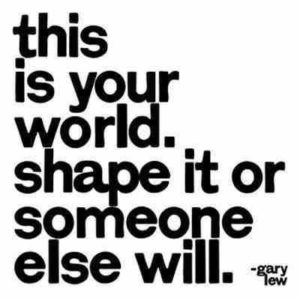 In anticipation of unrest, many Haitians left work early and remained close to home as the release of results from the disputed November election neared.

BY JACQUELINE CHARLES and TRENTON DANIEL

Michel “Sweet Micky” Martelly, 49, was chosen over Jude Célestin, the government-backed candidate, to compete for the Haitian presidency in a March 20 runoff. His opponent, former first lady Mirlande Manigat, 70, was set to be one of the two candidates in the runoff since preliminary results of a disputed Nov. 28 election showed her in first place.

The decision over who would get a chance to replace President René Préval came after a sleepless night during which 100 Haitian and foreign journalists kept vigil inside a defunct Gold’s Gym in Petionville as officials deliberated for more than 10 hours.

Elections spokesman Richardson Dumel finally appeared alone at 7:14 a.m., offering first the results of the 105 contested legislative races. The presidential runoff results were listed on the council’s website. Dumel offered no explanation when he finally announced at 7:34 a.m. that Martelly and Manigat were headed into Haiti’s first presidential runoff in 25 years.

The long wait only added to the suspense. The final announcement followed a day of rumors and months of political uncertainty, diplomatic wrangling and pressure by the international community, including the United States.

Last month, the top U.S. diplomat to the United Nations warned a quake-battered Haiti that it could lose valuable international aid if it failed to accept the recommendations of a controversial Organization of American States report.

An OAS team was assembled to review vote tallies and make recommendations after allegations of massive fraud in the November election.

The OAS report suggested the elections could be salvaged with an improved second round, and recommended that Martelly, not Célestin, enter the runoff. In the preliminary results, Célestin was listed as the second-place finisher and Martelly third.

But after the OAS team reviewed 919 of 11,000 tally sheets, it recommended that 234 tally sheets be excluded because they were irregular or fraudulent. That put a .3 percentage point, or 3,225 vote difference, between Martelly and Célestin.

Préval and Célestin, 48, have disputed the report, questioning its methodology and citing examples where votes were not counted on behalf of the candidate at the vote tabulation center. Last week, Célestin’s lawyers challenged the report and his standing before a five-member electoral tribunal.

The case was thrown out by the tribunal. So was the case of another presidential candidate, Charles-Henri Baker, whose lawyers argued that the elections should be cancelled.

While Thursday’s decision provides some clarity to the months-long dispute, it’s unclear whether it will resolve the political uncertainty that has shrouded Haiti since a dozen presidential candidates disrupted the vote with lunchtime accusations of “massive fraud” and demanded cancellations. Martelly and Manigat were initially among them but back-tracked after they learned they were leading.

“It is not clear that a second round will bring stability to Haiti, let alone legitimacy to the new president,” said Robert Fatton, a Haiti expert at the University of Virginia, who has closely followed the crisis.

“The controversial first round as well as the patterns of foreign interference have left many sectors disenchanted with the process,” he said. “In addition, whoever is elected will have to deal with an unruly parliament and prime minister. So this is a first and small step toward the creation of a new government, but it may well be a detour to a new crisis.”

In all, elections officials deliberated 108 disputed results, including 105 for legislative races. Parliament will hold the balance of power and could hamper the president’s ability to run the country. The county will have a split majority with one party in the presidency, and another party or parties holding power in parliament. Neither Martelly’s nor Manigat’s political parties ran enough candidates to win a majority in parliament.

In anticipation of unrest, banks and other businesses closed early Wednesday to allow employees time to get home, and supermarkets saw shoppers stock up on water and food in the event that the capital should shut down.

“For me, I’m staying close to home, staying out of the street,” said Pierre-William Altidor, 37, a cab driver. “I don’t want any problems.”

“We’re going to vote for Michel Martelly to liberate the population,” Jamyl Francois, 37, said, referring to the second round.

Francois and the other supporters heard the triumphant news on their handheld radios as they gathered at the metal barricades blocking the CEP headquarters. Armed UN peacekeeping troops from India stood on the other side.

Unrest anticipated in the aftermath of the announcement didn’t materialize Thursday morning as adults walked to work and children to school. Traffic, normally something of a parking lot, was unusually light.

Meanwhile, peacekeeping troops with the United Nations guarded the old quake-battered elections headquarters on the Delmas thoroughfare in several armored carriers. Helicopters hovered above the capital city throughout the day.

In December, after elections officials announced preliminary results showing that Célestin had edged out Martelly for the runoff slot, and Martelly supporters took to the streets, screaming that their vote had been stolen. They shut down the capital, and two major cities, with three days of violent protests.

Now, some fear the the same could happen by supporters of Préval and Célestin as some see the selection of Martelly and Manigat as a “rupture” with the last 25 years of the leftist politics that brought Préval and his one-time mentor, former President Jean Bertrand-Aristide, to power.

In addition to the marred elections, the country is wrestling with the surprise return of former dictator Jean-Claude “Baby Doc” Duvalier, and the possible return of Aristide, who is in exile in South Africa.

As Haiti nervously waited for the final results, about 300 protesters burned tires in front of the ministry of foreign affairs demanding that Aristide be issued a passport to allow him to return.