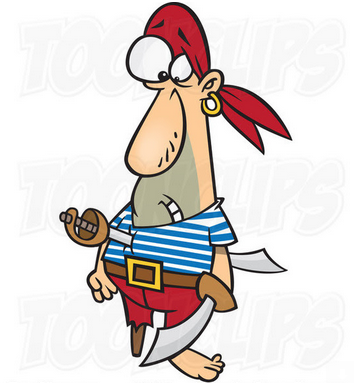 It’s the pulse of the Haitian music industry in Miami, organizing some of the most popular big-ticket parties while promoting bands and guiding konpa music fans to the next hit.

But Radio Touche Douce is a pirate radio station, an underground operation that the federal government is accusing of illegally broadcasting from a shed in a North Miami backyard.

Fed up with the station’s “egregious, intentional and repeated violations,” the Federal Communications Commission has hit Touche Douce — and owner Fabrice Polynice, aka DJ Paz — with a proposed $144,344 fine, the largest amount allowed under FCC regulations. Two commission officials told the Miami Herald they can’t recall the last time a station was hit so hard.

“There’s nothing funny about pirate radio, which interferes with the lawful use of the airwaves and can disrupt public safety communications,” FCC Chairman Ajit Pai said last week, announcing the decision against Touche Douce, which broadcasts in English and Haitian-Creole.

s. On Touche Douce’s own Facebook page, they saw Polynice was identified as the owner of Radio Touche Douce.

Like many of today’s konpa bands, Touche Douce’s popularity has grown with the expansion of northeast Miami-Dade County’s Haitian-American community. The name translates into “Smooth Touch.”

The news of the crackdown has sent shock waves through the Haitian music industry and Miami, where Paz is described by industry insiders as a penny-pinching promoter whose annual October fetes celebrating Touche Douce’s founding have easily drawn as many as 800 party-goers.

Some Haitian music fans are wondering if the move, and an ongoing investigation of other South Florida pirate radio stations by the FCC, will compel the Haitian community to purchase its own FM station after years of complaining an FM radio license is too expensive.

“We need it,” said Wilky “Kikko” Saint-Hilaire, a songwriter for several konpa musicians. “This was probably the only station that played our music genre, konpa, exclusively on a daily basis.”

Saint-Hilaire said the FCC action, while understandable, comes as a huge blow because Touche Douce was “a real backbone in promoting our music.”