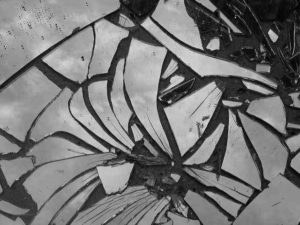 PORT-AU-PRINCE, Haiti – Haiti’s most prominent political party said Thursday it will try again to run candidates in upcoming legislative elections after being banned in the two most recent votes.

Maryse Narcisse, a spokeswoman for the political party of former President Jean-Bertrand Aristide, said in an interview on the privately run station Radio Kiskeya that the Lavalas Family party plans to run in the still-unscheduled vote.

“We decided to go to the elections with all our strength so that we can give the population the victory that it’s been waiting for,” Narcisse said, an apparent dig at the administration of President Michel Martelly, who has described his 2011 election as a “victory for the people.”

Officials blocked the party from elections in 2009 and 2010, saying its representative, Aristide, was not present to sign paperwork. The ex-leader had been in exile in South Africa since he was toppled in 2004 in a violent rebellion, his second ouster as president.

Aristide returned to Haiti in 2011 despite opposition from the United States and has kept a low profile since, opting to stay in his compound in the capital.

The party is Haiti’s most prominent in large part because of its ties to Aristide, a former priest admired by the poor majority but reviled by a small yet powerful elite. It also remains well known because there are few if any established political parties with the same kind of name recognition in this country of 10 million people.

The upcoming vote seeks to fill 10 seats in the 30-member Senate and scores of seats at the local level.

Haiti was supposed to hold elections in 2011. But authorities haven’t been able to agree on the composition of an electoral body that will organize the vote, the opposing sides fearful it may be stacked in the favour of others.

In the absence of the elections, the Martelly government has replaced some 130 elected municipal governments with presidential appointees, according to the United Nations peacekeeping mission in Haiti.

The U.N. and other International partners have rebuked Haitian officials for not holding the elections, saying Haiti risks isolation if the vote isn’t held before year’s end.

Lavalas was never blocked from elections. The so-called Lavalas sector is so fragmented that it could never get its act together and qualify as a political party.

And why should we believe that the elections will not see a little fixing, here and there? Aristide stole the 2000 presidential elections with fewer than 5% of the qualified voters casting ballots.

After the presidential leader, Jean-Henry Ceant, was knocked out by some questionable reasoning, and flawed ballot handling, Martelly was the only real person left standing.

Martelly won the election against MEGA MOO Mirlande Manigat by at least an 8 – 1 plurality. Mind you, he has managed to lose a lot of support because he has some truly retarded advisors.

But one would really have to believe in Santa Claus to expect a good outcome like this.