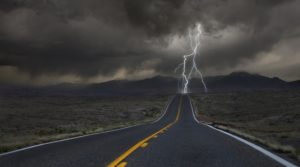 The dispute between scientists over the origins of the cholera epidemic in Haiti has been further fuelled by two conflicting reports.

One report published this month argues that the epidemic is directly traceable to UN peacekeepers and the inadequate waste infrastructure at their base, while the second, published in July, challenges such conclusions and blames environmental factors for the outbreak.

The epidemic, which is currently the world’s largest, according to the August paper, began in October 2010, following a massive earthquake that devastated the country earlier that year. By July 2011, cholera had spread, infecting one person a minute on average, the report says.

More than 8,200 people have died and 670,000 others have had the disease, according to data from the Haiti Ministry for Public Health and Population, published this month (13 August).

But the search for the source of the ongoing epidemic has exercised scientists because cholera had never been reported in Haiti for more than a century.
The waterborne diarrhoeal disease, which is caused by the bacteriumVibrio cholerae, is prevalent in Sub-Saharan Africa, Latin America andSouth Asia, affecting more than three million people every year.

Previous studies have traced the origins of the epidemic in Haiti to weather conditions, while others have blamed the UN mission.

A study published by Yale’s Law School and School of Public Health, and the Haitian Association of Environmental Law earlier this month (6 August) — ‘Peacekeeping without Accountability’ — maintains that Nepalese UN peacekeeping troops introduced the disease to the country and urges the organisation to take responsibility for the outbreak.

Previous studies established that the Haitian cholera strain matches the one in Nepal, it says.

Further evidence for the epidemic having a South Asian origin is that it started two kilometres from the UN base in Méyè, from where contaminated sewage leaked into a tributary of one of Haiti’s main water sources, the Artibonite River, according to most studies so far.

In addition, there was a cholera outbreak in Nepal in July to August 2010, the Nepalese soldiers arrived in Haiti between 8-21 October, and the first reported hospitalisation in Haiti due to cholera was on 19 October.
But another study, published in The American Journal of Tropical Medicine and Hygiene last month (29 July), argues against there being one source of the epidemic and points to the existence of two strains in Haiti: the O1 variant resembling V. cholerae populations from South Asia and Africa, and a local strain.

“Single introduction of V. choleraeO1 may not explain the epidemic of cholera in Haiti in its entirety because environmental conditions conducive to rapid growth and transmission of cholera bacteria and the presence of an indigenous population of V. cholerae may have played a role in the cholera epidemic in Haiti,” the paper says. “Introduction alone cannot proceed to epidemic proportions without supporting conditions and transmission pathways.”

The researchers postulate that cholera bacteria, dormant in river waters, multiplied due to the chance occurrence of optimal environmental conditions around the time of the outbreak: warm temperatures and heavy rainfall followed by flooding. The destruction by the earthquake of water and sanitation infrastructure would have helped spread the disease.

But Rosalyn Chan, from the team at the Yale School of Public Health, who participated in the ‘Peacekeeping without Accountability’ report, disagrees with these findings, partly because other “researchers have concluded that there was no sign of cases of cholera in Haiti during the nineteenth or twentieth centuries”.

However, Rita Colwell, environmental microbiologist at Johns Hopkins University, United States, and one of the authors of the July study, says that hospital patients with acute diarrhoea had not been tested for V. cholera, nor had water samples been routinely examined for waterborne diseases before the 2010 epidemic.

“Hence it is not possible to say cholera was or was not ever in Haiti. In Bangladesh, cholera is never officially reported but ample cholera cases occur there,” she tells SciDev.Net.

The debate about whether the epidemic has a single or complex origin will only be settled when much more is known about the cholera bacteria, its diversity worldwide and the environmental factors responsible for the emergence of cholera everywhere, says the July paper.

The calculator has become stuck at 8200 for many months, perhaps more than a year, and we have had more than 1,000,000 infections.

The MINUSTAH people under-report by claiming deaths and sickness from SEVERE cases of diarrhea, instead of cholera. This ongoing lie defeats any real attempt at combating the ongoing, and accelerating threat of cholera.