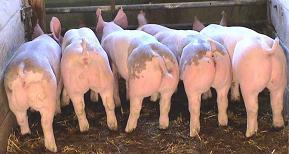 One of my Haitian associates gets upset each time I use a bunch of pigs, at a trough, to illustrate the enormous, unlimited, glutinous, self-centered greed demonstrated by certain members of our community who lack even a superficial smear of social conscience.

Like cancer, there are certain focal points of the illness, from which the disease emanates. Our  focuses can be found in the Senate, Chamber of  Deputies, a variety of Ministries and the business community.

This doesn’t mean everyone is sick.

It doesn’t mean that everyone is a pig, although many would be – if given the opportunity. This is why many run for political office. They are interested in the rewards, not the possibility of serving the Nation. There is a saying:

“A rose by any other name – remains a rose.”

Only a minute, micro- percentage of our 12,000,000 people fall into the “Pig Category” but they gobble up an overwhelming percentage of the “feed” available, leaving little for others.

Privert and his team immediately come to mind.

If one witnessed the Deputies and Senators shoving for feeding places in the Ministries of Education, Planification, and others cash points, the behinds of bunched, bloated, belching, burping pigs at a trough  would really be the illustration of choice.

But, out of respect for some people’s sensibilities, we will look for something else less culturally significant.

No, that really doesn’t fly.

But starving children  ARE  a direct result of the “Pig Mentality” found in many who possess key positions in our society.

Hungry kids don’t even jiggle a feeling of sympathy. These children are just part of the perpetual background noise until they individually fade away, replaced by a new generation of poverty.

Mother Teresa would have loved our “Pigs at the trough” illustration as she observed, “It is a poverty that a child must die so   we may live as we wish…”

There must be some sort of lesson here….. 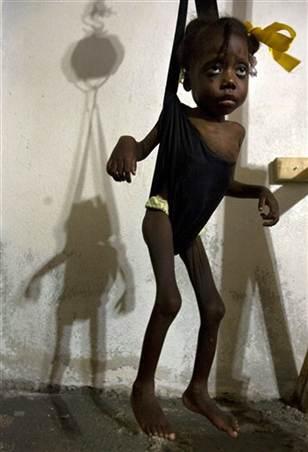 Even when most dignity has been torn

Away, this childs mother has placed a little

Yellow ribbom in  her hair. 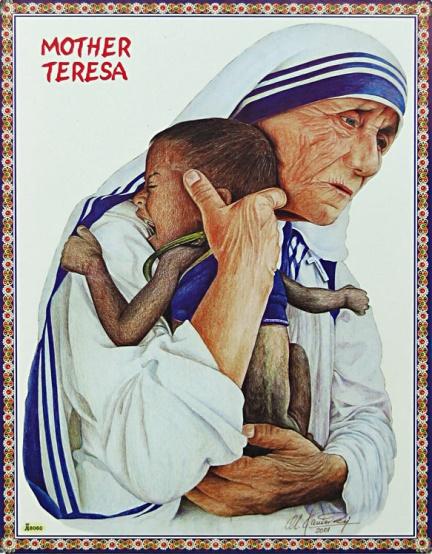 1 thought on “PIGS AT THE TROUGH- AS AN ILLUSTRATION OF GREED IN HAITI – IS CULTURALLY UNACCEPTABLE – WE APOLOGIZE: HAITIAN TRUTH WILL BECOME A “PIG-FREE ZONE:” SOME OF OUR MINISTRIES SHOULD FOLLOW OUR EXAMPLE”