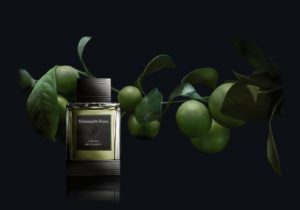 (Reuters) – With the sun barely up, beads of sweat already dot the brow of a barefoot farmer as he hacks at the soil with a pickax, digging up a precious root that has been dubbed Haiti’s “super-crop.”

The vetiver plant, a tropical grass, is a little-known Haitian agricultural treasure, producing one of the most prized essential oils for high-end perfumes.

“It’s sent across the sea,” said Rose-Marie Adona, a 55-year-old mother of six, working a vetiver plot on a hillside on the southwest coast near the city of Les Cayes. “They make oil from it, and it smells good. But they get it from us for close to nothing.”

The crop is a major employer in the region, where farmers have harvested vetiver from the region’s dry, hilly soil for decades with little but a subsistence living to show for it – until recently.

The perfume industry, spurred by the devastation from the 2010 earthquake that killed more than 200,000 Haitians, is seeking to do better by the people whose toil and land make possible the distillation of vetiver’s aromatic, woody note – the base of famous fragrances sold by Chanel, Guerlain, Estee Lauder, Christian Dior and Hermès.

Major perfumers have begun to introduce sustainable agricultural practices that will offset environmental damage caused by ripping vetiver roots out of the soil. The changes have put more money in farmers’ pockets and improved oil quality in the bargain.

“The beauty industry uses natural products, and that has an impact on biodiversity and the living condition of the people who produce the ingredients,” said Catherine Peyreaut, founder in 2008 of the Natural Resources Stewardship Circle (NRSC), which works with 21 perfume-industry chief executive officers to promote social responsibility in Haiti.

“It’s not that good an impact, and they all know that,” she said in a phone interview from her office in Grasse, near Cannes on the French Riviera, the birthplace of Europe’s perfume industry in the early 17th century.

Peyreaut’s organization is encouraging the perfume industry to work directly with farmers and distillers to establish a fair trade for the oil, which is shipped by plane in 55-gallon drums worth as much as $30,000 to $40,000 apiece to the fragrance industry in Switzerland and France.

“Firmenich has been buying vetiver oil from Haiti for decades, and we came with a new vision in 2010,” said David Shipman, president of Firmenich for North America. He said the company wanted to do something positive for the rural population.

Firmenich is investing $1 million in its sustainable vetiver program. Last year it finished building a school for 500 children in the remote farming village of Debouchette, complete with a library of 2,000 books, and helped form a vetiver cooperative, enabling farmers to negotiate a guaranteed minimum price.

This year the company intends to bring electricity to the school and dig a well for clean drinking water.

Last year, Givaudan led its own “ethical sourcing” initiative with the Les Cayes distiller, Agri-Supply, the largest producer and exporter of vetiver oil in the world. It helped build a road linking three farming villages where the root is harvested and created a cooperative with 260 members.

The cooperative farmers have seen as much as a 30 percent rise in income, as well as improved yield and root quality, said Rene Louis Maurice, 69, a cooperative member.

Perfumers working with the distillers now offer a 15 percent premium to farmers who follow best practices, as well as a guaranteed minimum price. That includes leaving the vetiver roots alone for at least 12 months and not harvesting them during the rainy season (August to November).

Shaking soil from the roots before they reach the factory is rewarded, too. “We are trying to educate farmers that it needs to stay on the hillsides to prevent erosion,” said Georges-Edouard Elie, 50, manager of Unikode, another Les Cayes distillery.

Vetiver’s value lies in the heaviness of its molecule: It stays on the skin longer, providing what is called the low note in perfume structure.

Suddenly in vogue because of its fair-trade status, vetiver is getting fresh attention from the industry. Estee Lauder recently designed a high-end fragrance for Italian fashion house Ermenegildo Zegna, “Haitian Vetiver,” which sells for $195 a bottle. The oil is also being used in aromatherapy; the scent is said to be relaxing.

“The big fragrance companies have decided, ‘Let’s go back to the source to influence the ability to sustain these raw materials,'” said Trudi Loren, an expert “nose” and head of corporate fragrance development for Estee Lauder Companies, interviewed during a trip to Haiti last month.

Vetiver was originally grown in Haiti in the 1940s for its deep roots, which serve as an anchor in the dry soil of erosion-prone hillsides in the southwest, and for thatching roofs. The country is now the world’s top source of vetiver, having replaced the French Reunion Islands in the Indian Ocean.

Production of the plant collapsed in the late 1960s during the three-decade-long dictatorship of Francois and Jean-Claude Duvalier (“Papa Doc” and “Baby Doc”). A state export monopoly bought from distillers at a fixed price, then sold the oil to brokers in New York and kept the profit.

Pierre Léger, a Dutch-trained Haitian agronomist, revived vetiver farming in the 1980s after Baby Doc, shaken after an anti-government protest in Les Cayes, ordered him to do so at gunpoint.

“It’s a miracle plant,” said Léger, 66, owner of Agri-Supply. “You dig it up, cut off the roots, plant it right back and it produces again next year. It needs no irrigation or fertilizer.”

Léger took samples to the top French and Swiss perfumers. “The quality was so good, they couldn’t believe it was from Haiti,” he said, noting that Haitian vetiver was previously unknown in Europe because the New York brokers had blended it with other vetiver roots.

Haiti’s southwest is ideal for vetiver, “a stress plant,” said Léger. “It needs harsh, dry conditions to secrete the oil.”

Living conditions in rural Haiti are the worst in the hemisphere, and with many families earning barely $2 a day, fair-trade vetiver offers farmers in the southwest some hope.

The industry is relatively small. Haiti’s crop is worth only about $12 million to $16 million a year, divided among 10 distillers, but it provides jobs for some 27,000 farming families in the southwest.

The oil is expensive to produce. It takes about 150 pounds (68 kg) of roots to make 1 pound (0.45 kg) of oil. Haiti produces about 50 to 60 tons of vetiver annually, about 50 percent of the world’s supply, with smaller quantities grown in Java, China, Madagascar, Brazil and Paraguay.

After the roots are trucked to the factory, they are distilled under steam. The air is pungent, becoming intense where the cloudy brew flows into vats and before it is filtered by centrifuge into an amber-colored oil.

Energy costs have been cut by reducing the distillation time. Perfumers say the next step is to convert the boilers to run on biomass, including the vetiver roots themselves, which burn well after distillation.

Critics say the fair-trade system may not help the farmers enough. Scott Freeman, a visiting scholar at George Washington University and author of a 2011 environmental paper on Haitian vetiver, said unforeseen events often force farmers to dig up immature roots to cover medical care, school fees or a funeral.

“Haitian farmers are in an economically precarious position,” said Freeman. “When they find themselves in a tight squeeze, they dig up the vetiver. It’s their bank account.”

Farmers in the cooperatives can earn up to $10 a day, twice the minimum wage. Although the cooperative system is catching on, Reuters found half a dozen workers harvesting a field outside Les Cayes who said they were making closer to $6 a day.

“We can’t eat this root we are digging, and what we earn is barely enough to feed our families,” said Adona, the vetiver harvester. “The folks who boil it make all the money.”

None of the workers said they had ever seen or smelled vetiver oil.

Peyreaut of the NRSC says more needs to be done to expand the cooperative system, which now accounts for 30 percent to 50 percent of the production of the big distillers, but she is happy with the progress. “In 18 months we have really seen a big shift,” she said.

“All of the perfumers want to improve the business. They are on a good path. Collectively we can change the whole area.”