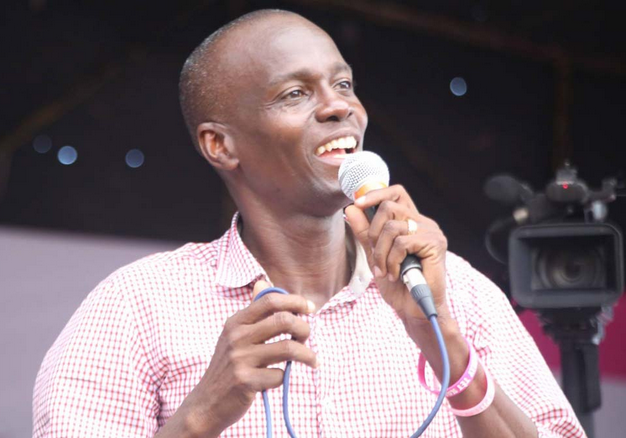 Haiti’s President-elect Jovenel Moise speaks to reporters in Petion-ville after his hearing at the public prosecutor’s office in Port-au-Prince on January 25, 2017. (Photo: AFP)

PORT-AU-PRINCE, Haiti (AFP) — The party of President-elect Jovenel Moise won a majority in both houses of Haiti’s parliament according to results announced Friday, just days before he takes the oath of office.

The results finally give Haiti a full parliament after an electoral marathon that has lasted for well over a year, just in time for Moise’s swearing-in on Tuesday.

The incoming leader’s Tet Kale (PHTK) party took four of the eight senatorial seats at stake in the January 29 vote, with party allies notching three wins. The results are preliminary however, and any candidate can legally challenge them in court.

The party of the incoming president and its allies chalked their only loss in the Ouest department, which includes Port-au-Prince and represents some 40 percent of the Haitian electorate.

The PHTK candidate, Fednel Monchery, came out on top during the first round of that battle, but ultimately lost to Patrice Dumont, a popular former sports journalist.

Monchery on Twitter thanked the Provisional Electoral Council, which is responsible for ensuring fraud does not mar balloting.

“Their impartiality and the publication of their tally sheets have shown these people are serious,” he wrote in Creole.

The election marked the fourth day of voting over the past year-and-a-half in Haiti, where a political crisis was triggered when the results of an October 2015 presidential election had to be annulled due to massive fraud.

It took until November 2016 to hold another presidential vote, with turnout at a dismal 21 percent.

Civic malaise believed to be linked to a lack of political campaigning and distrust in elected officials’ ability to improve conditions in the poorest country in the Americas.