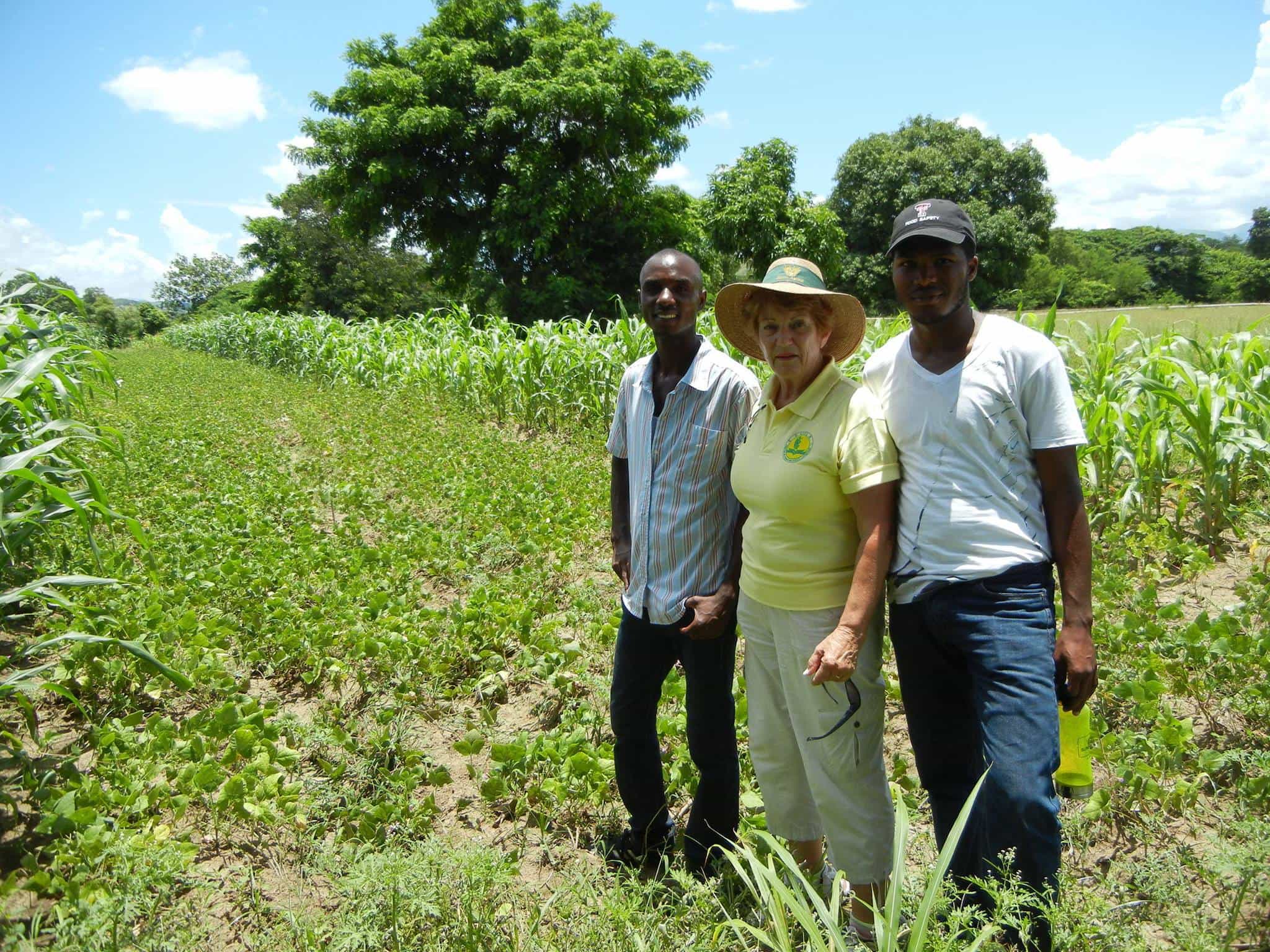 In 1999, Gillaine Warne made her first trip to Haiti’s Central Plateau through Christ Episcopal Church after Father Fritz Lafontant, a Haitian Episcopal priest, asked her to teach English in the small rural village of Cange.

During her visit, Warne witnessed the extent of malnutrition. “I felt as if each of my senses had been assaulted,” Warne says. “Children were dying, and mothers were walking barefoot across mountains for days to find help. It was even more astonishing to see that nobody was growing anything.”

Warne, who previously farmed in Australia and studied landscape design at New York Botanical Gardens, started a garden to demonstrate the types of crops that could be grown and how to do it. “We eventually grew vegetables that were taken to nearby hospitals, clinics, and schools to combat malnutrition,” she says.

Centuries of poor environmental practices and natural disasters have left Haiti one of the poorest countries in the world. Haiti’s Central Plateau, where deforestation has turned once-abundant agriculture into barren soil, is one of the country’s most impoverished regions.

Although agriculture is an important sector of Haiti’s economy, the country imports more than 50 percent for its population’s needs. About 100,000 Haitian children under 5 suffer from malnutrition, and many more don’t get the proper nourishment needed for healthy immune systems. 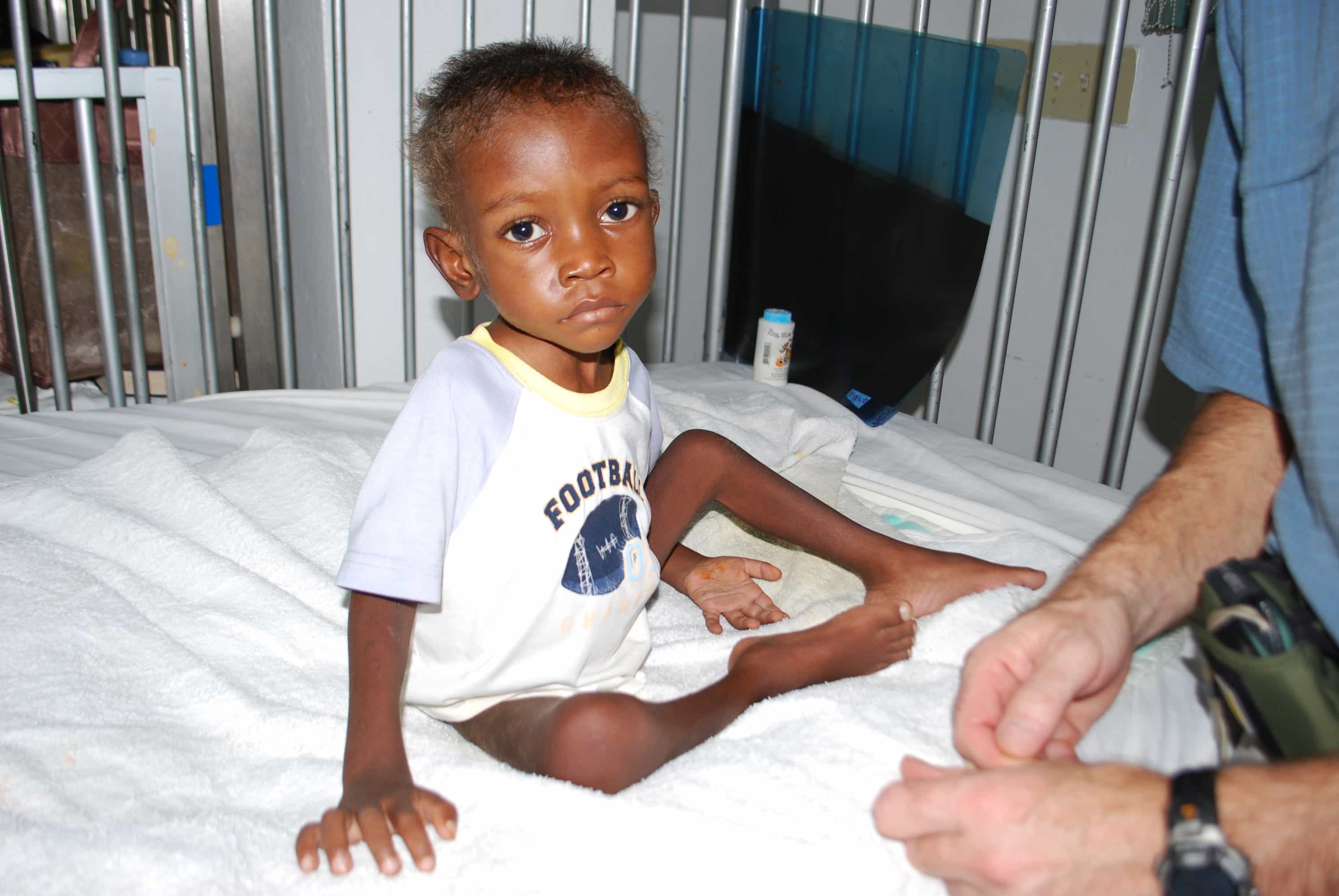 Warne eventually recruited the help of her husband, Charles. In 2002, they met Paul Farmer, co-founder of Partners in Health, a Boston-based nonprofit providing health care in developing countries. Shortly after, the duo partnered with Farmer to produce Nourimanba, a peanut-based therapeutic food, for nine PIH clinics.

They named their new effort Zanmi Agrikol, which is Creole for “Partners in Agriculture.”

“In the early days, we actually made Nourimanba by hand with a peanut butter machine that we purchased from the Fresh Market in Greenville,” says Gillaine Warne. “It wasn’t a sophisticated operation, but it got the job done.”

In 2010, PIH partnered with Abbott Laboratories, a pharmaceutical company, to build a Nourimanba production facility in the Haitian town of Corporant. PIA has since treated over 35,000 children with more than 150,000 pounds of Nourimanba.

PIA also helps Haitian families establish their own farms. In 2010, Warne started the Family Security Program, which provides training and agricultural starter packages to families. Men are provided tools and seeds, and women are educated on proper nutrition for their children. They also get one goat for milk.

Each family receives support for one season and then must pay back the seeds to PIA and give their goat to another family. “We believe in helping them help themselves. It’s not a handout. It’s a hand up,” Warne says.

The program, which started with just 20 families, has enrolled and helped more than 1,500 families, according to Warne. It’s also created a 60 percent increase in land productivity due to the terracing and fertilization.

As the Warnes noticed the malnutrition rates drop in the Central Plateau, they realized that sustainable farming and education is key to the long-term success of Haiti. In 2012, they opened the vocational school Centre de Formation Fritz LaFontant.

The school concentrates on three disciplines: agriculture, woodworking, and construction. “The only way out of poverty in Haiti is through education. They must learn how to grow and cultivate correctly and use rotation and multiple cropping and other things they weren’t previously doing,” Charles Warne says. 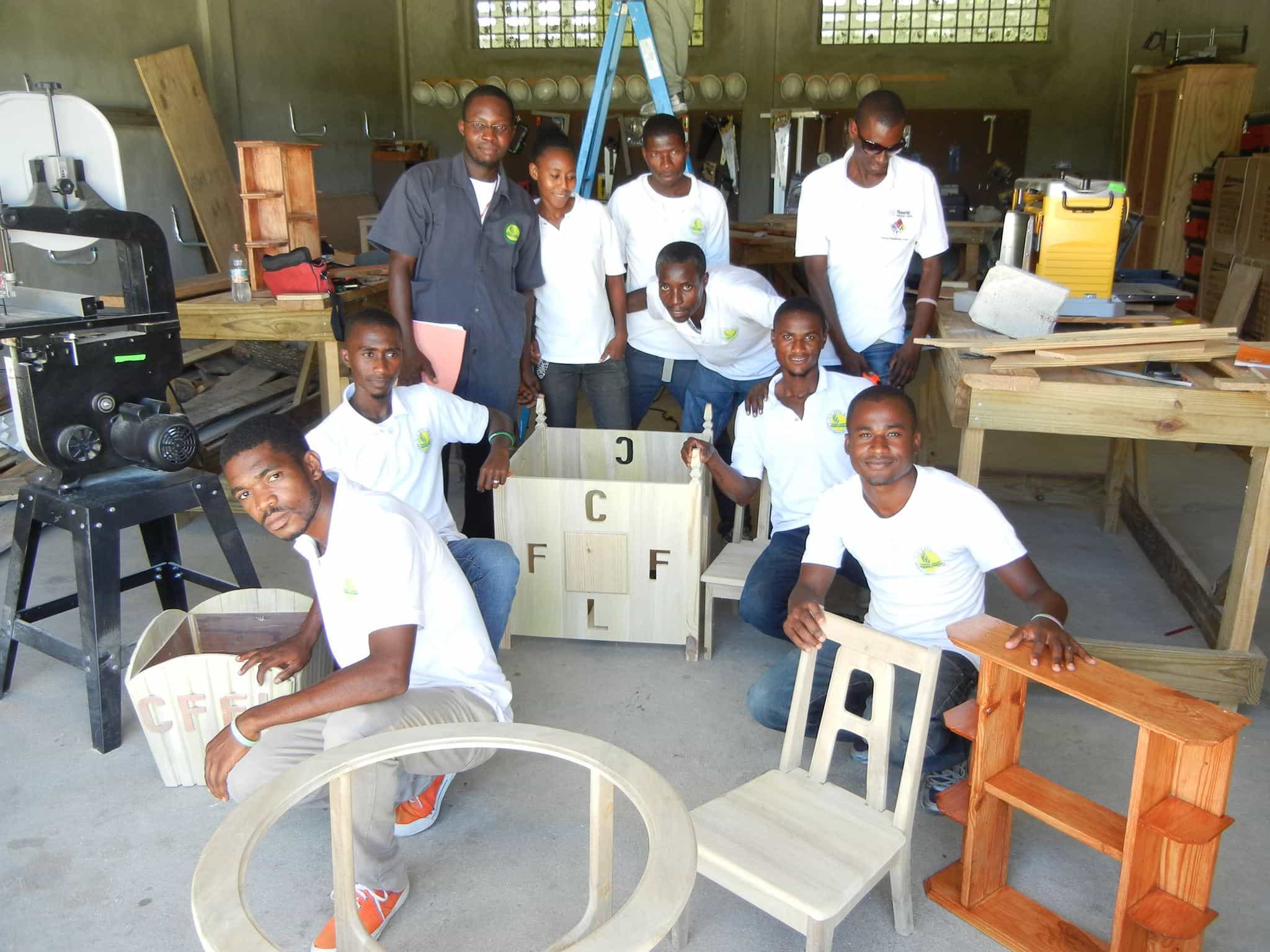 The tuition fee to attend CFFL is $2,500 per student. PIA aims to cover 60 percent from its endowment due to the limited economic capacity of students. Each student covers the remaining $1,000. However, PIA also offers full scholarships for those who meet certain criteria, according to Gillaine Warne.

“Some students graduate and work construction sites or with farmers. Some start their own businesses,” says Charles Warne, adding that the school has already graduated 120 students. “They’re each working towards a better Haiti.”

In 2013, the Warnes established Partners in Agriculture as a separate nonprofit, allowing more supporters to donate funds. The Warnes credit the generosity of Christ Church Episcopal, Rotary International, and the W. K. Kellogg Foundation, as well as many other groups and individuals for PIA’s successes.

Now the husband-and-wife duo is planning PIA’s future. They were recently awarded a $500,000 grant from the W.K. Kellogg Foundation to construct a Nutrition and Education Learning Center in Corporant.

The 17,000-to 18,000-square-foot facility will feature a commercial-grade kitchen, student center, dormitories for students and visitors, intensive training in nutrition and food preparation, and vocational training, according to David Smith, whose Greenville architecture firm designed the building pro bono.

The new building will help train and educate more Haitian women, according to PIA founder Gillaine Warne. “We want to empower more women and help them become more aware of what they’re feeding their children,” she says. “They’ll learn about nutrition and various other things that can help their families.”

A groundbreaking ceremony will be held in May for the new facility.