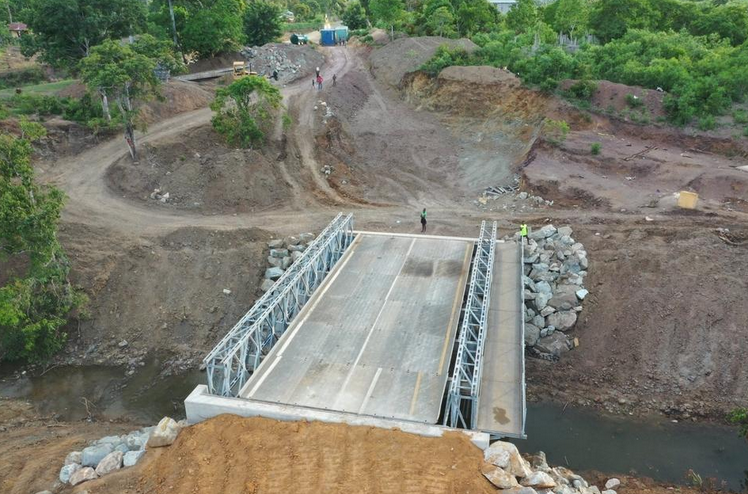 A familiar stretch of steel from the South Shore has a new life in rural Haiti.

An 80-foot section of the temporary Fore River Bridge, which carried people over the river between North Weymouth and Quincy Point from 2002 until 2017, was reused this year in Perches, Haiti, where it now spans the Riviere Cochon Gras. Quincy-based heavy construction and dredging firm Jay Cashman Inc. donated the bridge, technical staff and equipment through one of their charitable arms, the Cashman Family Foundation, the company announced Tuesday on Facebook.

The repurposed bridge could be a boon for Perches and its 11,000 residents.

“Before construction of the bridge, Perches had earned a reputation in the region as a place not worth moving to or visiting because the river crossing made travel too unpredictable, and occasionally dangerous,” Cashman Family Foundation project manager Liz Checheria said. “There have been a few instances of drownings of people attempting to cross the river when it was flooded, and of medical emergencies that occurred in the town when the river was too high to cross.”

The Acrow bridge served as a temporary replacement over the Fore River for 15 years after the previous 1936 bridge was closed. The contract for the permanent replacement, awarded in 2012 to White-Skanska Koch J.V., was the single largest contract in MassDOT history at that time.