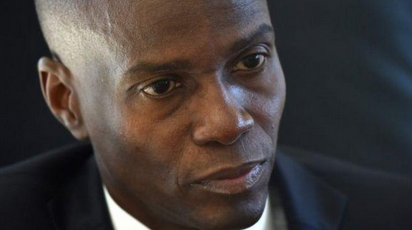 The delegation from the Organization of American States (OAS) that visited Haiti on Wednesday moved “without any discussion or mandate” from the Permanent Council of the OAS. The Ambassador from Antigua and Barbuda to the OAS, Ronald Sanders, criticized the actions of the unauthorized delegation now criticized for its “lack of understanding the situation in Haiti.” 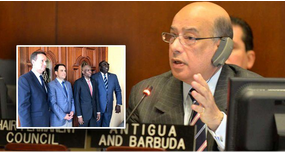 “Instead of acting with the authority of the Permanent Council after deliberation and decision, the visit of a delegation to Haiti seems to have been organized between the Ambassador to the United States, Carlos Trujillo and the Secretary General of the OAS, Luis Almagro, in response to a lettor of invitation from the Government of Haiti which, very unusually, was not distributed to OAS member countries as is the norm,” Sanders said.

The letter sent by the administration of President Jovenel Moise on June 14 still has not been shared as of Thursday according to the diplomat.

The delegation of U.S. Ambassador Carlos Trujillo and Secretary General Luis Almagro set out to hold talks with the Haitian government and the broad opposition calling for President Moise’s resignation. These talks were in hope of ending a paralyzing and violent political crisis. But all actors that met with the allegedly unsanctioned OAS delegation said there was no path forward in the political crisis with Jovenel Moise, accused of corruption and fatal attacks on the population, as president.

Following the meetings the delegation put out a statement through the Miami Herald stating that the OAS supports President Jovenel Moise and that the president should bring in OAS experts to audit the files which have shown his prominent involvement in dilapidating the PetroCaribe funds.

Across Haiti the OAS has been the butt of jokes and ridicule for the delegation and its decision. Many believe the visitors who came were not well briefed on the situation in Haiti. 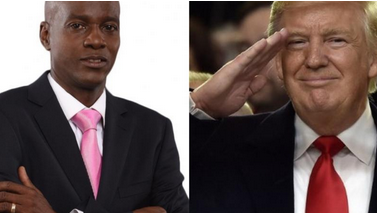 The OAS visitors were very well-briefed on the situation and – I believe – transmitted the true feelings of President Donald Trump who spent 45 minutes in detailed conversation with President Moise, during the recent visit to Mar-a-Lago by the Haitian Leader.

Trump included National Security Advisor John Bolton in these conversations, a very important factor in magnifying the importance of the Trump/Moise chat.

I don’t believe that Trump feels he has to inform Mice like Sir Ronald Sanders, of his every move. 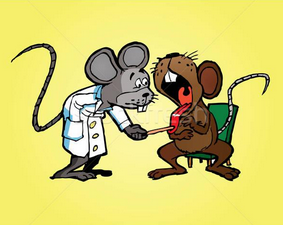 Sir Ronald Sanders is a tiny man in stature and integrity who must bear a personal and direct responsibility for the creation of our ongoing crisis.

He provided the basic framework in which our Nation now dies.

Some suggest he received a large envelope filled with US $100 bills.

Immediately before Sir Ronald Sanders flew into Haiti for the critical meeting that finally resulted in the appointment of Privert as a Fill-In President with his term ending in May of 2016, President Martelly sent a negotiator to meet with Bocchit Edmond, Haiti’s Permanent Representative to the OAS, at the Hotel Karibe, with a view to applying Article 136, of our Constitution. This would have seen Martelly’s term extended until may, to allow time in which to arrange a hand-over to Jovenel Moise.

Preval had used Article 136 during the final moments of his Presidency.

Martelly’s negotiator was supposed to meet with Sir Ronald Sanders, when he arrived to stay at the El Rancho.

The meeting never occurred and the criminal kidnap of our Presidency prevailed, in which Privert extended his term of office for a full year. A year in which he stole tens  of millions, from the treasury and PetroCaribe, hired 2000 new civil servants, and – worst of all – appointed a new PNH Director General in the person of Lavalas Michel-Ange Gedeon. 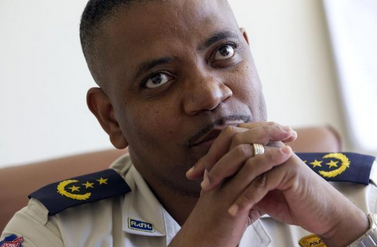 We have Sir Ronald Sanders to blame for much of our ongoing misfortune.

Some realists suggest the promoters of an Article 136 approach should have offered Sir Ronald Sanders a bag of money for a positive vote, that would have saved Haiti.

Of course, there are the usual cynics who believe Privert applied this solution to gain the Presidency. Perhaps he used some of the PetroCaribe funds he stole, or part of the $8,000,000 Taiwan paid for a favorable UN vote.

Only by hooking a lie-detector to Sir Ronald Sanders’ body will we learn the truth.

If the cynics are right, he is still working to justify the money spent on the original project.

Sanders remains a menace to the OAS concept and Haiti’s survival. 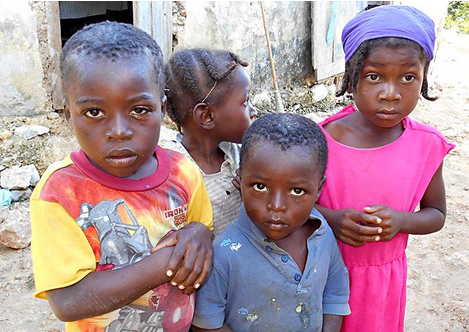